Risk/RewardWhat if Sex-Ed Taught Teens About the Positive Parts of Sex, Too? 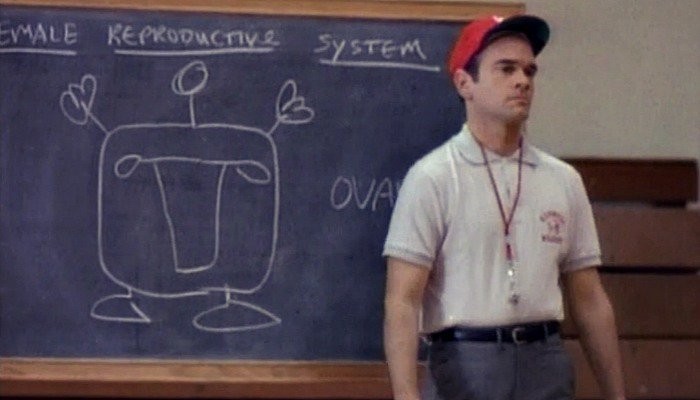 This article includes plot details from Jane the Virgin.

In season three of the CW’s award-winning hit show Jane the Virgin, which premiered last month, the eponymous Jane finally has sex. With her husband. After giving birth to a child resulting from an accidental artificial insemination.

The premise of a virgin birth is intentionally outlandish, and the show is charming and surprisingly sex-positive in some ways. But in other ways, it relies on some retrograde notions of the dangers of adolescent sexuality to advance its plot. Jane is the grown daughter of a single mom who became pregnant as a teen and now wears outfits that we are supposed to read as age-inappropriate, fumbles toward her impractical dream of becoming a singer, and seems, generally, like kind of a mess. Jane loves her mom, but she definitely, definitely does not want to become her. And not becoming her mostly involves definitely, definitely not becoming pregnant. So Jane, despite being in a long-term, committed relationship complete with horizontal, heavy-breathing make-out sessions, faithfully adheres to a childhood promise to her grandmother that she will not have sex until she gets married. Being a virgin feels, to Jane, like the firm foundation on which she can build a life of professional and personal success and happiness.

This is not so different from the messages about adolescent sex I got as a teenager and that continue to be instilled in young people today: Sex is risky! You might get pregnant, which would crush the tender shoots of your dreams beneath the boot heel of parental responsibility! You might get an STD, which could irreparably damage the purity of not only your sexual organs but also your reputation! You might suffer a broken heart! You might die! This may seem hyperbolic, but I taught sex education to adolescents for years, and I can attest that even the “good” sex education programs—the evidence-based ones—use risk avoidance as the scaffolding that supports all of the information and skills we give to young people about how to navigate sexual decision making and cannily omit all mention of the good and pleasurable things sex has to offer, lest they be interpreted as promoting teen sex. And that’s not even taking into account the hand-wringing about adolescent sex regularly undertaken by parents and other adults.

And yet. We know (from science!) that consensual sex between adults can benefit both physical and emotional well-being in addition to presenting physical and emotional risks. So why do we continue to downplay or ignore entirely the strong possibility that consensual sexual experiences between adolescents could also have positive effects? When we talk to young people only about the risks of sex, and leave out the benefits, we’re discounting their agency and ability to make healthy sexual decisions when given the right tools and information and hindering their ability to develop the skills they need to navigate healthy sexual encounters now and in the future. Not to mention that adolescents have exquisitely sensitive bullshit detectors. When they know they’re not getting the whole story, they’re more likely to tune out the information that could help them stay safe and healthy. So, shouldn’t we be talking to teenagers about the rewards sex offers as well as the risks it presents? What, precisely, are those rewards? 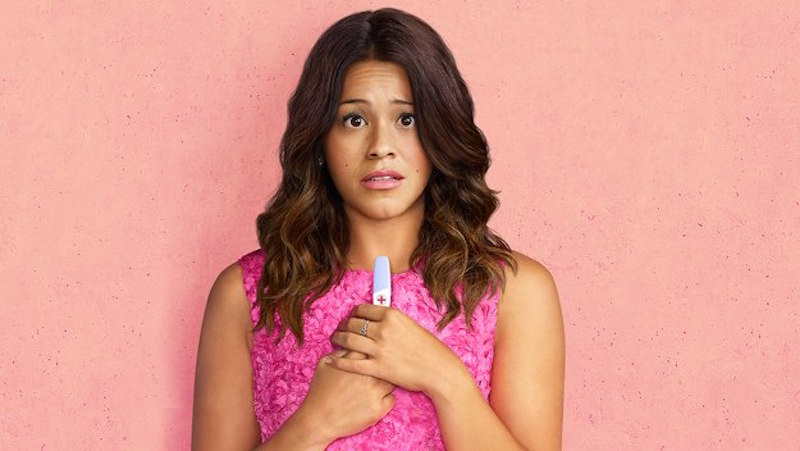 Jane Villanueva on Jane the Virgin.

A new study published this month in the journal Developmental Psychology asks just that. It examines the risks and benefits of first sex for adolescents at different ages. Plenty of previous research has looked at the risks of first sex, but these researchers were curious about whether there were benefits as well. It turns out that in some cases, there definitely are. The study followed 200 high school students (100 males and 100 females, selected to ensure that their racial and ethnic identities were representative of the larger population of the United States) over several years. Participants were asked about their age at first sex, and researchers measured self-worth, romantic appeal, sexual satisfaction, and dating satisfaction, as well as substance use, internalizing symptoms (depression, anxiety, loneliness), and externalizing symptoms (aggression, antisocial behavior).

They found that young people who had their “sexual debut” for the first time at age 15 or later had lower rates of substance use, depression, and anxiety and increases in romantic appeal, dating satisfaction, and sexual satisfaction than people who had sex before age 15. Interestingly, the study showed that teens who have sex at 15 or older are less happy before they have sex: “Perhaps they may feel like they have not yet reached a developmental milestone of being sexually active. Debut itself may improve feelings of depression and anxiety as it may also be a signal of becoming an adult.” In other words, having consensual sex at a normative age actually improved young people’s self-esteem and psychological health.

The findings of this study have some interesting implications, both for the way we conceptualize adolescent sexual behavior (it’s only risky!) and for the way we teach young people about sex. Imagine a sex education program that presented the risks of pregnancy and STD transmission alongside the potential social and psychological benefits of sex. Such a framework would allow adolescents to feel prepared and supported in learning to navigate sexual relationships and to thoroughly weigh the potential risks and benefits of having sex. It could help them think not only about using latex barriers and/or contraception, but also to develop skills around things like partner selection, boundary negotiation, and communication. Some teachers are already doing this—most notably health teacher and speaker Al Vernacchio, who has argued that we need a radically different metaphor for teaching quality sex-ed to teens than a baseball “home run.”

These are important skills for navigating sexual relationships, and young people need to learn them. Sex education is not complete without them, because sex involves more than just bodies that could get pregnant or transmit or contract infections. It involves people with feelings and desires and limits that have to be negotiated.

And here’s where Jane the Virgin gets it right. When Jane does finally have sex with her husband, she fakes her orgasm. Then, later, she admits it and they talk about it. They have to communicate about the sex they’ve had, how it makes them both feel, and what they can do differently next time. All of this brings them closer as a couple, and sex ultimately makes Jane happier. Of all the unrealistic things that happen in the show, this is not one of them, and the research bears that out. 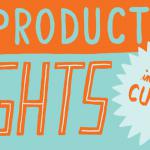 In 1948, in a seventh grade classroom in Eugene, Oregon, a teacher dimmed the lights and flipped on 16mm projector. A...