A City DividedGentrification Comes to “Riverdale”

Between the murder of maple-syrup heir Jason Blossom (Trevor Stines), and the business deal between Lodge Industries and Andrews Construction, the first season of the CW series Riverdale focused on some of the wealthiest families in town. With the murder solved and the business contract settled, the second season has introduced characters from Riverdale’s poorer southside as the show’s narrative foe.

The southside didn’t get much play in Riverdale’s first season; the neighborhood was represented by the Southside Serpents gang and invoked by its northside neighbors with snide, deprecating comments. For example, when southside resident F.P. Jones (Skeet Ulrich), picks up his son Jughead (Cole Sprouse) from a house party, northsider Alice Cooper (Mädchen Amick) remarks “As block captain of the neighborhood watch, I am obligated to ask you what you’re doing on this side of town.” Alice’s emphasis on “this side of town” implies that Jones is an inherent threat to her idyllic neighborhood simply because he’s affiliated with the Southside Serpents and lives in a poorer district. The class disparity between Riverdale’s two primary neighborhoods is reflected elsewhere, in dialogue suggesting that the southside is dangerous; this rift deepens in Riverdale’s second season, in a plot thread where northsiders present gentrification as a solution to the problem of the southside.

The SoDale construction project comes from the Lodge and Andrews partnership, and promises to “revitalize”—code word for gentrify—Riverdale’s southside. 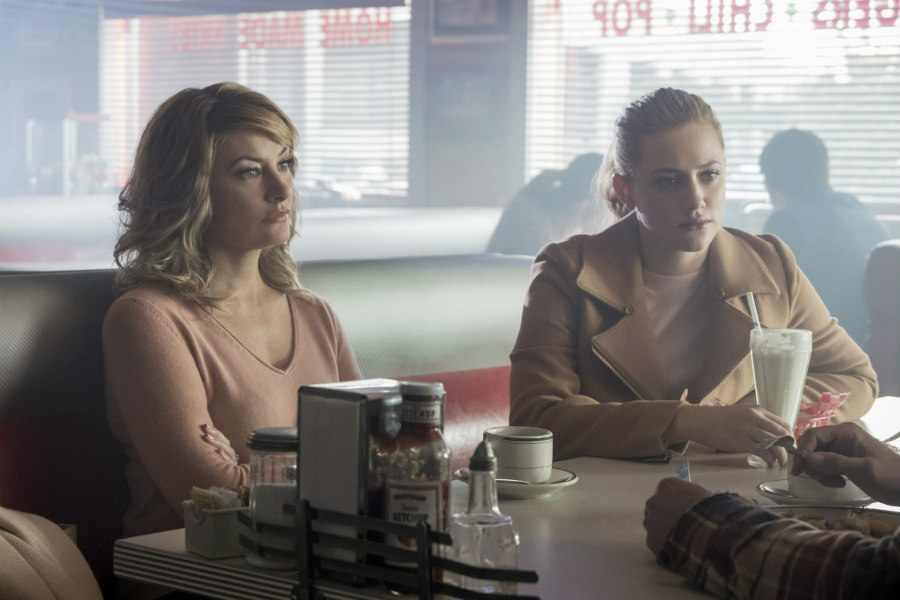 The contrast between the city’s high schools illustrates the wealth divide: Riverdale High has brightly painted walls and new equipment, while Southside High is gray-toned and has metal detectors at the entrance. When Jughead transfers to Southside High, he meets Toni Topaz (Vanessa Morgan), an outspoken, bisexual woman of color who’s also a member of the Southside Serpents. Toni is initially presented as a possible spoiler for Jughead and Betty’s (Lili Reinhart) relationship, but she is more than just a girl competing for Jughead’s affection: Toni Topaz has real concerns about how bias against the southside influences policy in Riverdale.

For instance, while cracking a code that was left for her, Betty says that the Black Hood, a serial killer she’s tracking, “seems to be attacking anyone from the northside.” Toni immediately retorts, “You northsiders and your privilege. All you do is demonize the southside, so of course you think the Black Hood’s from there.” Betty pushes back, invalidating Toni’s opinion as she says, “It’s not demonizing, Toni. It’s stating facts. There’s way more drugs and gangs.” As Toni later points out, the drugs are sold primarily to northsiders. The assumption that the more impoverished southside is solely responsible for the drug problem in Riverdale is used to justify gentrification.

Toni doesn’t idealize her community; she’s plenty critical of her neighborhood’s problems. When there’s unrest among the Southside Serpents, she confesses to Jughead that idiots like Sweet Pea (Jordan Connor) “think there’s only one path and one solution: violence.” Similar to real-life neighborhoods like Toronto’s Regent Park or London’s Heygate Castle, gentrification is promoted as a cure for high crime rates. But Toni understands that rising crime is a result of structural violence that denies people their basic needs. Jughead, Toni, and the other Serpents have been previously rebuffed by Riverdale’s mayor and sheriff, and have an inherent distrust of these institutional powers. When attempts at peaceful negotiation are ignored, anarchy and violence becomes a fallback solution. 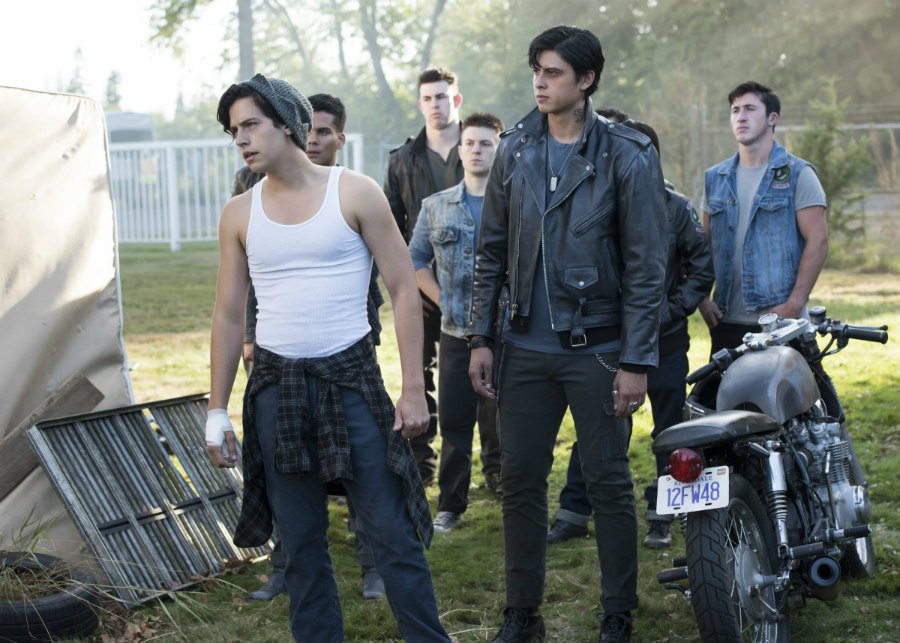 Cole Sprouse as Jughead, Jordan Connor as Sweet Pea, and the Southside Serpents in Riverdale (Photo credit: The CW)

Cole Sprouse as Jughead, Jordan Connor as Sweet Pea, and the Southside Serpents in Riverdale (Photo credit: The CW)

Learned stigmatization of the southside is prevalent among Betty and her seemingly progressive peers. Although Archie Andrews (K.J. Apa) is typically a supportive friend to Jughead, when he sees him with the Southside Serpents, he asks, “Wait, you’re friends with these thugs?” He knows that Jughead’s father was also a Serpent and that the Serpents are important to him, yet he still reduces them to thugs, both dehumanizing them and ignoring that for many communities in poor neighborhoods, gang affiliations are often a way to survive. Like Betty, Archie’s stigmatization of the southside stems from a classist bias.

Betty’s mother, Alice, takes a similar stance, regularly writing defamatory pieces about the southside for Riverdale’s local newspaper. During a town-hall meeting about the SoDale Construction project, Alice interrupts the mayor’s speech to exclaim, “I’m wondering when you’re gonna actually address the real problem in Riverdale—the southside,” eliciting applause from the entire room. She goes on: “Let’s start by closing down that drug-ridden Southside High and using that money to bolster our police department. Hire more deputies who can actually protect our children,” statements that clearly show that she values protecting northside teens more than educating those on the southside.

The small-screen gentrification of the southside mimics real-life dynamics. Writing for The Atlantic in 2015, journalist Richard Florida quoted a Harvard study of Chicago that found “the gentrification process continues for neighborhoods with over 35 percent of white residents, and either slows or stops if the neighborhood is 40 percent Black. The reality is that the displaced are getting pushed out of working-class neighborhoods that are good enough to attract people and investment, while the poorest and most vulnerable neighborhoods remain mired in persistent poverty and concentrated disadvantage.” In other words, improving the area to attract wealthier residents results in existing residents being neglected and, eventually, pressured to leave. 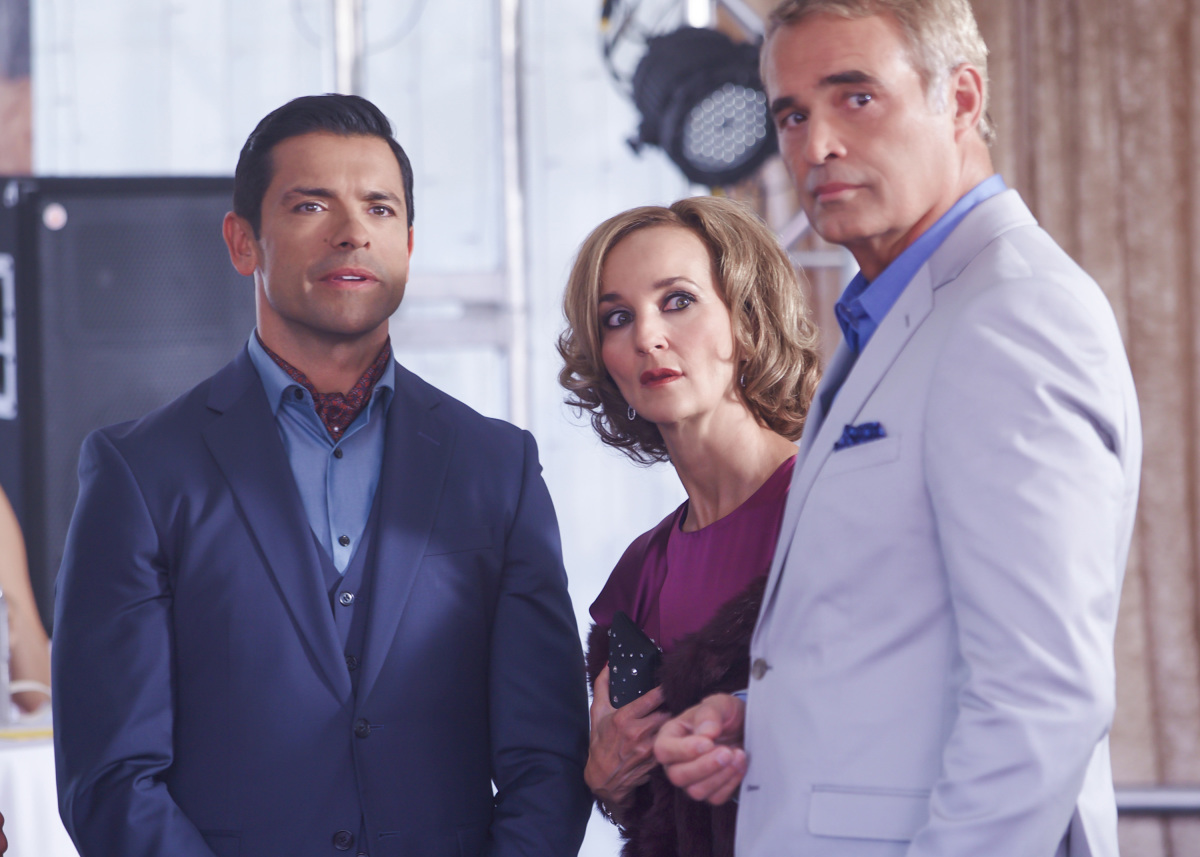 Indeed, Southside residents are excluded from the extravagant open house held by the Lodges and Fred Andrews (Luke Perry) to attract potential investors for the SoDale project. The “revitalization” they want has nothing to do with resources that would actually revitalize the southside—libraries, food banks, employment centers, community housing, and more. The true goal of the upscale renovation—displacement and erasure—is too ugly to reveal, and they know it.

We know that gentrification doesn’t happen overnight. The mall gets built; there’s a spike in taxes; the price of consumer goods goes up as new, wealthier residents move in. The long, slow displacement of local businesses and low-income families can take decades. But once the SoDale project is complete, who will be employed at these new jobs? Would a Southside Serpent, embellished jacket and all, be allowed to work in a gentrified coffee shop or a movie theater? Would the hiring manager treat them the same way Mayor Sierra McCoy (Robin Givens) and Sheriff Tom Keller (Martin Cummins) do?

This problem would expand as the residents age as well: Researchers at Georgetown University found a significant gap between the requirements for jobs in Washington D.C. and the qualifications of African Americans in gentrifying neighborhoods: “While more than half of all new jobs in D.C. between 2010 and 2020 required or will require at least a bachelor’s degree, only 12.3 percent of D.C.’s African American population in 2014 were college graduates,” the report found. It also pointed out other barriers to employment, including gender and sexual orientation—all issues a bisexual woman of color like Toni would face.

Without considering the needs and desires of the existing community—and listening to marginalized voices, like Toni Topaz—gentrification simply becomes a self-serving deed for Riverdale’s wealthier families. Riverdale touts gentrification as inevitable, and depicts a dangerous process which is often not inclusive, collaborative, or in service to existing residents. 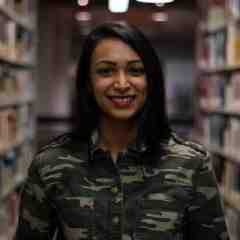 Natasha Ramoutar is an Indo-Guyanese writer, academic, and storyteller from Toronto. Her professional and academic background is in literature, film, and communication. Both her critical and creative writing explore popular culture, diaspora, physical movement, and fragmentation.

The Archie comics you loved, now with sexy, sexy murder!