Abby Johnson Is Hiding Her Racism behind Her Black Son 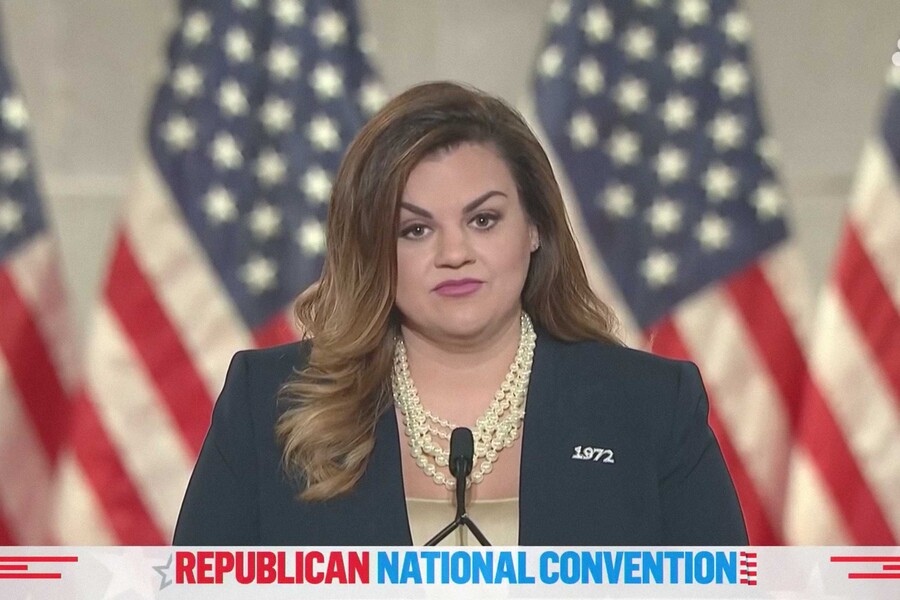 On August 25, VICE released a now-deleted YouTube video of Abby Johnson, an anti-abortion activist best known for being a former Planned Parenthood employee, using her platform to spread the same racist rhetoric that leads the police to kill Black people. In the video, which was allegedly filmed in June, Johnson—who wears a t-shirt featuring a quote from Vanilla Ice—uses her sons to justify police officers’ racist treatment of Black peoples. Johnson, a self-described “very white person” who is “non-woke,” explains that she has a biracial son, and that he deserves unfair treatment from police: “Statistically, my brown son is more likely to commit a violent offense over my white sons, okay? So the fact that, in his head, [police] would be more careful around my brown son than my white son that does not make me angry; it makes that police officer smart. Because of statistics.”

This isn’t just a random woman: In 2011, Johnson published Unplanned, an anti-choice memoir about working at Planned Parenthood from 2001 until 2009. In 2019, Unplanned became a film, and Johnson has become a prominent conservative figure. She spoke at the Republican National Convention on Tuesday, where she spoke at-length about her time at Planned Parenthood. (It’s worth noting that there’s a long, tangled history of white supremacy fueling the anti-choice movement, so its deeply unsurprising that an anti-abortion activist is racist.) During Johnson’s RNC speech, she lied about what happens during abortions and attempted to galvanize viewers into voting for Trump because, according to a tweet sent to her 185,000 followers on August 26, “when he is re-elected, life wins.” She posted the video of her speech to her Facebook page, where she has more than 300,000 followers; more than 17,000 people liked the video, which might be the reason Johnson is expanding her ideas into a forthcoming podcast.

Like other racist white women with a platform, Johnson has been questioned about her racism, and like many white people, Johnson uses her proximity to Black people to prove that she can’t possibly be racist or anti-Black despite the very message she voices time and time again. In the video, she mentions her Black friends several times. She’s tweeted that she knows “all about” racism because she has “a Black kid” and “grew up in a segregated community.” And she’s constantly trying to reroute conversations around racism to better serve her beliefs, like pointing out that the “real racism” is found in Planned Parenthood or that Black moms are at fault for their children being murdered (again, anti-choice beliefs and white supremacy are intertwined). And, like many white mothers of Black and mixed-race children, she used her child as a shield to avoid reckoning with her own racism. He’s the built-in reason she doesn’t have to face her own words, actions, or beliefs—and that callousness causes real damage.

In the YouTube video, Johnson parses out her children, saying that her white kids will be “nerdy” whereas her brown son will probably be “large.” “If [a police officer is] on more high alert around my brown son than he is around my white son, it doesn’t make me angry. It’s just smart.” Johnson’s son is little more than a prop, which is evident in the fact that she describes him as an “adorable little brown boy” with a “perpetual tan” and “the most gorgeous hair on the planet.” Why does she use a personality trait (nerdy) to describe her white son, but her mixed-race son is described solely through physical attributes? In a 2017 paper in the Journal of Human Behavior in the Social Environment, sociologist CalvinJohn Smiley and public health scholar David Fakunle note how a person’s body size is often used to justify police brutality. “Images released by the media showed Michael Brown’s physical size,” they write. Smiley and Fakunle also note that Eric Garner’s height and body were “among the first pieces of information introduced in many of the articles.” In other words, body size is used to justify the supposed fear that police officers have of Black men.

Johnson’s rhetoric also falls into another common refrain among the white mothers of children of color: She doesn’t say her son is Black; instead, she says he has a “tan,” and she calls out his “beautiful hair.” Colorism, and the belief that lighter-skinned Black people are better than dark-skinned Black people, has long fed into the fetishization of mixed-race children, with white parents of mixed-race Black children making them feel special, like tiny symbols of anti-racism, which does little more than leave them ill-prepared to deal with the racism they will face and fail the parents themselves as they choose to remain ignorant to anti-Blackness and can’t ultimately act as support systems for their children in a racist society.

To justify her racism as a white mom with a Black son, Johnson latches on to the belief that Black people end up imprisoned and unfairly policed because there’s a lack of positive, male role models in their community. She goes on a tirade in the video, saying that what the Black community “should” be angry about is that people are redefining Black fatherhood to mean that fathers don’t have to have a consistent role within the family. “That,” she says, “is racist.” She tells Black women that they deserve better than an absent father. At this, she becomes more incensed than she appeared when talking about the safety of her own son. It’s unsurprising that she had so much passion for telling Black mothers what they should be doing, especially since she’s made a career out of lying about abortions and what Planned Parenthood seeks to do as a means of controlling women’s bodies. “[Police brutality is] not because of bad cops,” she says. “It’s because of bad dads.”

In a desire to align herself with Republicans and with Trump, and to build her own platform, Abby Johnson is justifying a thought process that results in death. And she’s doing it at the expense of her own son.

It’s a common move based on common, racist, cultural beliefs. “The criminalization of Blackness allowed for White supremacy to use Black bodies as their scapegoat for all problems, real or fictional,” Smiley and Fakunle note in the aforementioned paper. Johnson isn’t doing anything new. Rather, she’s leaning into cultural stereotypes and racism that allows white people to blame Black people for anything that happens to them. As a mother of a Black son, it’s a choice that frees Johnson from any real self-interrogation. And, it’s wrong: In an exploration of research from the Boston University School of Public Health, Brentin Mock writes for CityLab that “the racial disparities found in police violence can no longer be written off as a dispute over what was in a police officer’s heart when he or she pulled the trigger. There is now empirical data that shows that broader policies perpetuating racism must be considered, too.” It is because of bad cops and it’s also because of structural racism.

Johnson writes off the idea of racial bias from police officers as if it’s simply theoretical. But what white parents, especially those who align themselves with imaginary “Blue Lives” over the Black people in their own lives or otherwise, need to recognize that we’re beyond the theoretical. Police brutality isn’t a thought exercise in a classroom, with liberal and conservative students sparring in a safe environment. It’s real, and it’s happening on a constant loop. In a desire to align herself with Republicans and with Trump, and to build her own platform, she’s justifying a thought process that results in death. And she’s doing it at the expense of her own son.

Instead of sitting down and looking inward, she rebels outward, lashing back when her motives are questioned. And, in a way, I don’t blame her. I can’t imagine going on camera and saying that one of my children deserved to be treated worse than another—especially considering the truth of how much worse, with bias leading to trauma at best, and death and torture so, so very often—and then facing that. It’s unsurprising that Johnson says she values statistics over emotion, because it takes emotional maturity for white mothers to admit their own racism head-on and to challenge it. It takes valuing the life of your child over your own ego. And, sadly, so very often, this isn’t something that white mothers are willing to do, lest they lose their proximity to the power granted to them via their whiteness

Read this Next: Why Is Activism Reserved for White Moms? 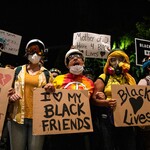 by Marianne Dhenin
Black mothers have long been doing the work.