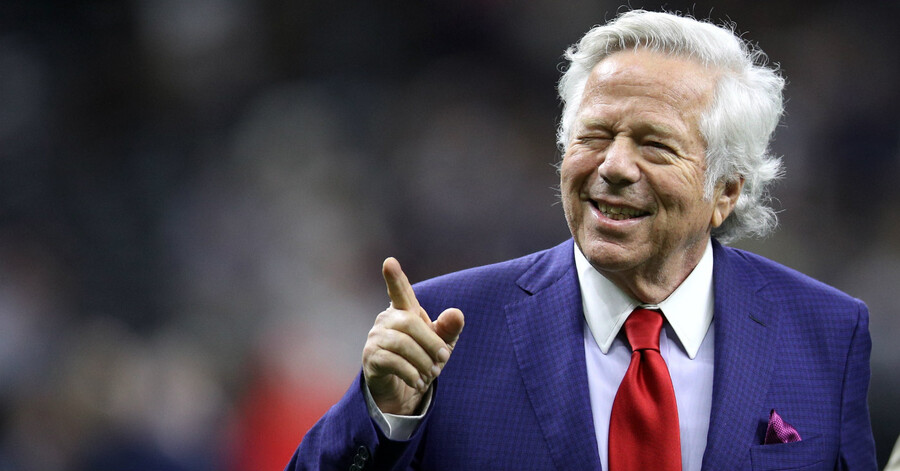 Owner of the New England Patriots Robert Kraft walks on the field prior to the game against the New Orleans Saints at the Mercedes-Benz Superdome on September 17, 2017 in New Orleans, Louisiana. (Photo credit: Chris Graythen/Getty Images)

In January 2019, New England Patriots owner Robert Kraft visited a Palm Beach business called Orchids of Asia Day Spa two days in a row. We know this because the day spa was the target of a sting operation, and hidden cameras captured Kraft paying for sex work provided by two women who worked there. The story, and Kraft’s part in it, made headlines for months after the February 2019 bust; by the time the cases were closed in December 2020, however, the public had mostly lost interest. In the end, the multimillionaire’s misdemeanor charges were dropped. None of the 20 other men caught on camera paying for sex were charged. The only people convicted were four Chinese American women who were either employees or owners of Orchids of Asia. Two were convicted, fined $5,000, and ordered to complete 100 hours of community service; the other two made deals with the prosecutor.

It’s the latest coda to an old story—the wealthy pay high-powered lawyers to set them free, and workers lose their freedom and their livelihood. But fully understanding the case against Orchids of Asia requires diving into the world of human-trafficking legislation and the longstanding media frenzy surrounding it. In presenting the Orchids of Asia investigation to the public, Palm Beach Sheriff William Snyder spun a complex story of depraved sexual exploitation: Women were stolen from China, forced to work seven days a week and sleep on massage tables, and have unprotected sex with 1,000 men per year. He deemed it “modern-day slavery” and insisted that the workers would be prosecuted “over [his] dead body.” Clearly, the sheriff had yet to speak with any of the women he had just placed “in protective custody”—had he done so, he would have known that two of them owned the salon and all four had moved to Palm Beach from within the United States, and of their own volition.

This overzealousness to file all sex work under “trafficking” can be traced back to the George W. Bush administration, which established a State Department office to monitor trafficking both domestically and abroad. In 2000, Congress had passed the bipartisan Trafficking Victims Protection Act, which defined trafficking broadly. The morality-focused Bush prioritized combating sex trafficking as a matter of “saving” victimized women, and the result was increased targeting of both consensual sex workers and immigrants who were not trafficked in any meaningful sense of the word. The Obama administration assumed a broader focus, expanding the Bush-era laws beyond sex work and applying them to forced labor of any kind. Many progressive organizations looked positively on this change as an effort to expand laws on “modern-day slavery” into the realm of labor exploitation. However, it was Obama’s human-trafficking task force that focused its attention on “major sex-trafficking hubs”—including South Florida. The results of that work are clear in the Kraft case.

In a 2019 article, Janie Chuang, a law professor at American University, explained the legal history of human trafficking as “exploitation creep” that seeks to “expand previously narrow legal categories—at least in terms of rhetoric and policy, but in some cases also in hard law—in a strategic bid to subject a broader range of practices to a greater amount of public opprobrium.” In other words, lawmakers, some of whom have very good intentions, use trafficking laws to cast a wider net of prosecution and limit avenues for the abuse of the vulnerable. This results in some messiness: The term “trafficking” can involve any kind of forced labor, yet seems to be applied to sex work more often than not, despite the fact that it is much less common than other kinds of labor exploitation. (New York’s Human Trafficking Intervention courts, for example, exclusively hear cases involving the sex trade.) According to Chuang, U.S. law enforcement often refers to any forced labor as trafficking “even if no one changes location at all,” and, in turn, frames any form of trafficking as slavery. Conveniently, she points out, funneling all smuggling and forced-labor cases into trafficking convictions allows U.S. immigration and labor laws to evade close inspection: Instead of questioning why people pay exorbitant prices to be smuggled into the country—or why those already here may need to work low-wage, exploitative jobs—the justice system can simply point to a handful of individual traffickers as perpetrators.

The panic around human trafficking relies on other erroneous assumptions about the nature of sex work in the United States. ECPAT-USA, an anti–child-trafficking organization, claims that there are 100,000 minors in the U.S. sex trade, but academics have estimated a number closer to 9,000 to 10,000. Other myths lean on stereotypes that predate the Bush era, including the belief that no one chooses sex work and that all sex workers have pimps. A 2018 BuzzFeed News report articulated how misunderstandings like these criminalize sex workers themselves under the guise of “protection” from trafficking; a sex worker who offers an underage colleague a place to crash or a ride to a job, for instance, could end up being charged with trafficking. Even in cases where the state finds actual proof that a minor has been forced to sell sex, its involvement often fails to provide those minors with the support required to actually exit the business. A 2014 account in Vice written by Tara Burns, who was a trafficking victim as a child, reveals that after several unsuccessful attempts by the police and social services to save her from a father-turned-pimp, she was eventually left in a shelter. After escaping from her foster parents, Burns ended up selling sex again.

Human-trafficking myths continue to influence U.S. legislation—in part because the government has found an influential ally in American media.

Decades after Burns escaped the ostensible sanctuary of the state, human-trafficking myths continue to influence legislation. This vicious cycle continues in part because the government found an influential ally in American media. In 2009, Nicholas Kristof published an op-ed in the New York Times about Long Pross, a sex worker in Cambodia with a dramatic story of imprisonment and vicious abuse. Pross’s story turned out to be one of the lies told by anti-trafficking activist Somaly Mam—and just one example of the 42.5 percent of sensationalized “top tier” articles about human trafficking. It’s not hard to see how exaggerated stories about international slavery and innocent children snatched from the streets of middle America could affect politics and legislation; moral panics have often driven both. Laws like FOSTA-SESTA are branded as compassionate efforts to rethink anti-prostitution laws, but their results routinely prove to be more damaging than helpful. This case backs up one of abolitionists’ main claims: Reform within a system meant to punish the vulnerable will never solve the underlying problems of oppression, exploitation, and state violence.

The push to decriminalize sex work acknowledges that workers need safety nets and public benefits. Like other abolitionists, sex workers understand what their communities need better than law enforcement does. Such media frenzies often succeed at least partially because of the often interminable length of many court cases: Criminal cases typically take around six months to process, from arrest to conviction, while jury cases often take nine months or more. Ultimately, courts benefit from the short attention span of the general public; but in the early stages of a case, the media and the state often team up to reinforce unfounded fears and sell the public on a perception of righteous “law and order” that preserves the status quo of state power. Once the perpetrators are caught, we have already moved on, and in the meantime the system goes back to working just as it always has: by protecting the wealthy and influential and punishing the powerless. In the end, the story of Robert Kraft and Orchids of Asia is one of an inherently unjust legal system in need of not just reform, but abolition. Sex-trafficking laws masquerade as salvation for sex workers, with both media and law enforcement conjuring a spectre of minors and migrants taken advantage of by greedy pimps until the government swoops in to save the day. But cases like Kraft’s demonstrate that even when officers intend to target wealthy johns rather than sex workers trying to simply live, harsh legal reality ensures that the most vulnerable are likely to pay the heaviest price.

Read this Next: The Supreme Court Revisits a Controversial Anti-Prostitution Pledge 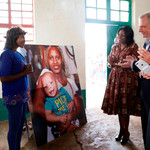 by Padmini Parthasarathy
The federal policy known as PEPFAR effectively guarantees harm to the people it claims to protect. 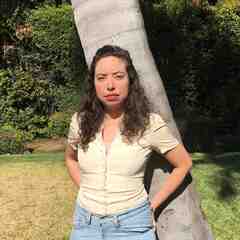