Preparing for a Post-Roe AmericaA Q&A with Robin Marty 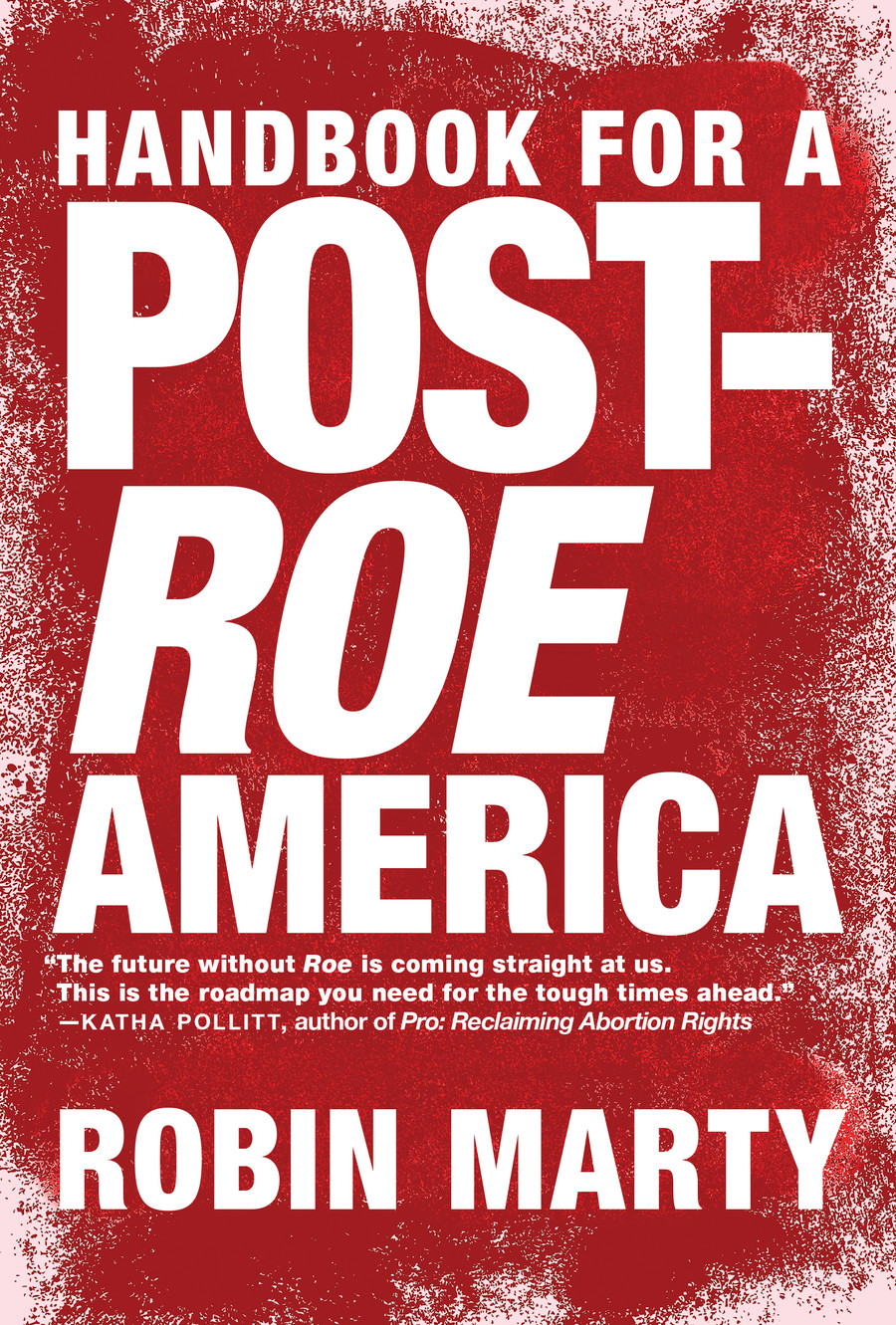 Robin Marty’s just-released Handbook for Post-Roe America is the resource guide for anyone who wants to dedicate their time, money, energy—or all of the above—to keeping abortion accessible in this country while it’s legal, and even if it’s not. Marty, who also cowrote 2013’s Crow After Roe: How “Separate But Equal” Has Become the New Standard In Womens Health And How We Can Change That, has tracked the anti-abortion and pro-choice movements for the last decade, and Handbook is a road map toward an uncertain future, offering not only proactive measures that advocates can take to protect abortion access, but also insight into how to stay on the offensive when it comes to anti-choicers.

Marty’s extensive background on the topic makes this book a critical read for anyone new to abortion politics; those who have been in the fight, meanwhile, will find specifics and helpful tools to share with other advocates. Whether it’s figuring out how to protect ourselves online, or navigating what kind of reactive activism is most productive (spoiler: it’s not counterprotesting at clinics), readers will find an accessible guide for all abortion-advocacy levels.

I talked to Marty about why she wrote the book, the trials and tribulations of advocacy in the digital age, and how privilege and marginalization interact.

Handbook makes clear that we’re in pretty dire straits, but it’s been this way for a while. A lot of people are newly mobilized by how bad things are under the Trump administration, and that’s great, but the work that needs to be done has remained pretty static.

Now that there’s all this attention and so many people who hadn’t realized this is going on are waking up, we’re seeing them come in without [a] kind of baseline knowledge. And so they’re like, “I want to start a group that will send emergency contraception to people in states that are far away,” which makes no sense because there [are] already groups in that state that offer emergency contraception. Or [they say] “I want to drive people to clinics,” not realizing you need to go through [existing] organizations in order to make that happen—otherwise you’re pulling resources away from people who are already doing the work.

That’s my predicament right now and the reason I wrote this book. I tried to make it [for] all audiences, but it’s primarily reaching out to people who’ve just [learned] what reproductive justice is. They have the best intentions, but don’t have the institutional knowledge of what’s been going on for the last few years, and [for] decades on the ground. So this is to encourage that group of people, to give your time, give your money, give everything that you can, and don’t fight these [existing] groups. Don’t focus on your own thing and pull away resources that could be going to them.

We’re seeing more people facing criminal charges for acts that prosecutors argue endangered their pregnancies. For me, that drives home the idea that opposition to abortion is not really about the procedure—it’s about control.

We need to protect and expand abortion rights, and protect people who are going to be affected by [laws that] criminalize pregnancy, regardless of whether they’re seeking out abortion or they have a miscarriage. These are inevitably going to be communities of color, people who are marginalized, people in rural areas with less access to medical care and support. We need to find a way to change this idea of “good mother/bad mother.” I still believe that the simplest way [to] do this is to make sure that at every governmental level [there’s a] bill on the books that says, We do not criminalize or investigate any adverse pregnancy outcomes. Because we’re not just talking about people who try to manage their own abortions—we’re talking about [not punishing] people who live in poverty or who don’t have access to the care that they need.

If [legislators] are able to take away abortion and force people to give birth, that doesn’t mean that they’re letting [these] people have their babies. They’re not saying, “We’re making you into a mother.” They’re forcing people into giving birth and then stripping them of these children because [they’re seen as having] already proven [that] they’re bad mothers simply for ending up in jail, doing something that harmed the pregnancy, not wanting to be a parent—or even for [considering] abortion in the first place.

You write a bit about how to erase your electronic footprint and stay safe while organizing. Why is that important to bring into the conversation about resource sharing?

As the book started coming out, somebody tagged me into a Facebook group [where] they had started discussing self-managed abortions and how they could get support networks set up [once Roe is overturned]. And I’m thinking, “You people are doing this on Facebook? That is not how you do it.” Technology is a double-edged sword, and [there are] a lot of tips in there about how to use Signal and WhatsApp in order to organize.

Like everything else when it comes to civil disobedience and potentially breaking the law, [you] need to figure out: Is this a risk you want to take? A bunch of 60-year-old white women in the South getting in trouble for trying to get abortion tools to people might actually be the best thing that could happen, because they would be [a] sympathetic group [as far as] public attention. People are going to freak out if Granny’s thrown in a jail cell because [she] helped people get abortions.

There are points at which we have to be willing to take risks in order to try and move things forward. It’s always going to be a balancing act, but people who have the privilege—especially older people, white people, people with money, people whose kids [are] out of the house, who may be retired and don’t have jobs that they have to worry about—those are the best people who can get in trouble for this kind of thing, because they can take it on.

We have to be willing to take risks in order to try and move things forward.

Tell me about why distinguishing between clinic escorting and counterprotesting is so important.

People who work in clinics are used to being targeted all the time—followed, harassed, all of [that]. There’s already a volatile presence outside of abortion clinics. Coming by to protest them does not do anything to de-escalate the situation. Instead, it makes protestors who are there feel like they [getting] some attention. It gives them an audience to target, and not in a good way, like now their attention’s off the patients. [Counterprotesting] is always going to ramp up anything that’s going on outside a clinic.

I noticed that Katha Pollitt’s endorsement is featured on the book. Her writing and thinking on abortion is crucial, but she’s expressed some problematic views regarding trans rights and abortion in the past—and she was recently caught up in some controversy regarding columnist Jesse Singal. I’m wondering if you have thoughts on that?

I respect Katha’s long and devoted advocacy for abortion rights, and when she offered to blurb the book I eagerly accepted. I knew of her history of not being a good ally to the trans community and have called her out on that in the past. But [I] thought that was in the past. Now that I’ve learned about this I want to say the same thing I say in the book: Our activism has to be inclusive and lift up all marginalized communities, and protect reproductive rights for all people capable of being pregnant. There simply isn’t room for anti-trans bigotry—we have too many other bigotries we need to battle, and battle together.

Read this Next: Abortion under 45 Hearkens Back to the Jane Era 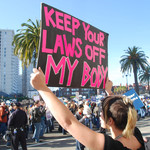 by Jacklynn Blanchard
It no longer seems irrational to believe that we might need to learn from the resourcefulness of prior generations that did not have access to legal abortion.