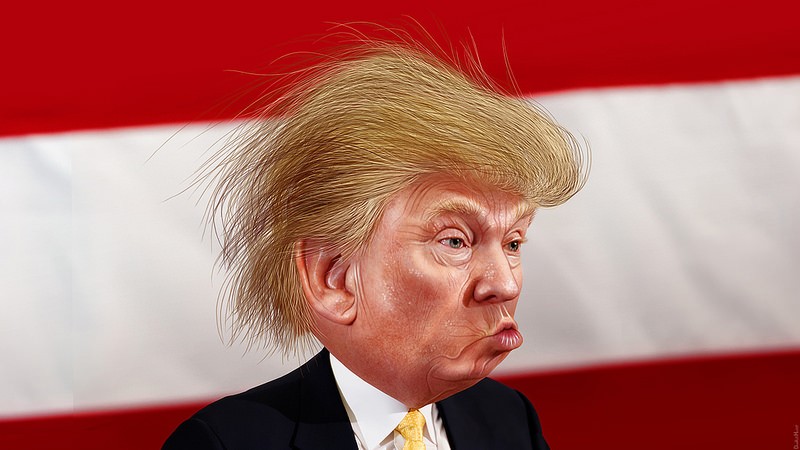 We’re digging into pop culture representations of real-life people and their influence on history. Who’s a real-life person depicted in pop culture that you want to know the real deal about?

I first heard the name Roy Cohn in Angels in America, Tony Kushner’s 1993 Pulitzer-winning play about AIDS and homosexuality in 1980s New York City, and I’ve since watched the terrific 2003 Mike Nichols-directed HBO miniseries adaptation one million times. The play revolves around a group of gay men in New York City who are connected through chance, relationships, and work, among them, one real-life person: Roy Cohn. Cohn was Donald Trump’s lawyer for 13 years, and his influence on Trump was profound, with effects more far-reaching than anyone could have imagined. And all of the ugly tricks and stunts that Trump is famous for now? They came from his old friend Roy Cohn’s playbook.

In 1951, Roy Cohn was an Assistant U.S. Attorney on the espionage trial of Julius and Ethel Rosenberg, which resulted in the couple’s conviction for treason and subsequent execution. Because of his work on the trial and fervor for rooting out communism, Cohn caught the eye of notorious Senator Joseph McCarthy and worked alongside him during the Red and Lavender Scares, witch-hunts McCarthy led against suspected communists and homosexuals. Cohn was later accused of unethical conduct during the Rosenberg trial and his persecution of homosexuals is particularly ironic and sad because Cohn himself was a closeted gay man who died of complications from AIDS when he was 59.

Cohn’s affinity for lying as a political tactic and his contempt for the gay community are primary characteristics in Al Pacino’s Emmy-winning performance in the Angels in America miniseries.  After Cohn learns he has AIDS, he threatens his doctor and clarifies that “AIDS is what homosexuals have. I have liver cancer.” To his death in 1986, the real Cohn insisted that he had liver cancer, not AIDS, even to Mike Wallace on 60 Minutes.

Cohn first represented Trump in 1973, when the Justice Department filed a civil rights case that accused the Trump Organization of violations of the Fair Housing Act in 39 of his buildings. Cohn, whom Trump had met at a night club earlier that year, filed a countersuit against the government for $100 million. That suit was settled, though in 1978, the Trump Organization was accused of violating the terms of the settlement.

Cohn and Trump became friends, in addition to Cohn becoming Trump’s lawyer. The two spoke multiple times a day, Cohn was the master of ceremonies at a Trump birthday party at Studio 54, and when someone couldn’t get ahold of Cohn, they’d call Trump. Cohn had a photo in his office of Trump signed, “To Roy, my greatest friend.” Trump gave Cohn a  pair of diamond-encrusted cuff links and buttons in a Bulgari box and Cohn made connections for Trump. In a twist none of us could have predicted would become so meaningful, the protegé of Joseph McCarthy became the mentor and close friend of Donald Trump, future GOP presidential nominee.

Cohn’s influence on Trump, especially his rhetoric and personality, is clear. A recent New York Times article called it out: “Mr. Trump’s wrecking ball of a presidential bid—the gleeful smearing of his opponents, the embracing of bluster as brand—has been a Roy Cohn number on a grand scale.” One of Cohn’s lovers who was with him while he represented Trump said, “I hear Roy in the things he says quite clearly. That bravado, and if you say it aggressively and loudly enough, it’s the truth—that’s the way Roy used to operate to a degree, and Donald was certainly his apprentice.” Cohn taught Trump the tactic he has used throughout his campaign: attack, counterattack, and never apologize. Trump even learned to call the press and pose as his own spokesman from Cohn.

The 1950s anti-communist slogan “Better dead than red” isn’t a far cry from Trump’s rhetoric towards Muslims and immigrants; should it surprise us that there is a direct line of ascendency from Joseph McCarthy to Donald Trump?

Trump once said, “Roy was brutal, but he was a very loyal guy. He brutalized for you.” That brutality, commitment to loyalty, and Cohn’s disregard for ethics and legality is on display in this scene from Angels in America, in which Cohn is trying to convince the character Joe Pitt to interfere in his disbarment hearings.

Though the two had been confidants for more than a decade, as word of Cohn’s AIDS diagnosis spread in their circles in 1986, Trump pulled legal business from him. Cohn was devastated by this deathbed abandonment, saying, “Donald pisses ice water.” Later that year, just before his death, Cohn was disbarred for “unethical,” “unprofessional,” and “particularly reprehensible” conduct.

A year after Cohn’s death, The Art of the Deal came out, a book that ghostwriter Tony Schwartz now says he regrets working on because it helped create the mythical image of Trump as “a charmingly brash entrepreneur with an unfailing knack for business.” “I feel a deep sense of remorse that I contributed to presenting Trump in a way that brought him wider attention and made him more appealing than he is,” Schwartz said.

Schwartz said he would rename the book The Sociopath if he could.

In The Art of the Deal, Trump describes Cohn as “the sort of guy who’d be there at your hospital bed…literally standing by you to the death.” The diamond-encrusted cuff links and buttons Trump gave Cohn were appraised after his death—they were fakes.

Pop culture representations of real-life people and events can have a huge impact on the way we perceive and understand history. Who’s a real-life person depicted in pop culture that you want to know the real deal about? Let us know and we might dig into it for you! 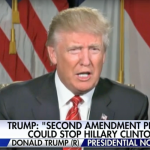