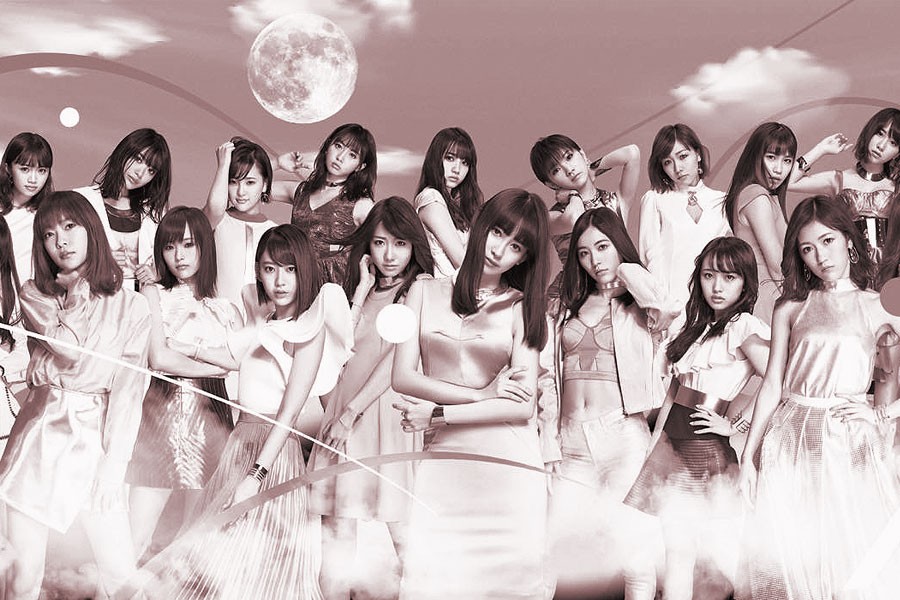 When I try to talk to people about idols, I falter. I say things like, “Maki Goto is my Britney Spears” or “Mikitty was like Christina Aguilera to me.” That’s a gross oversimplification, even on a good day. The appeal of idols, to me, is seeing supposedly ordinary girls perform superhuman feats of stamina.

Britney gets a pass for lip-synching because she’s dancing for 90 minutes. Idols aren’t let off the hook that way; they bounce from radio interviews to daytime variety shows to two-hour-plus evening concerts, and still no one dares lip-synch. It’d be an insult to the fans who came out to cheer them on, towels and glow sticks held high.

And then they get up the next morning and do it all over again.

From the time I was 13 years old, I was obsessed with the Japanese supergroup Morning Musume and its ever-shifting lineup. Girls aged out and “graduated” to be replaced by a new crop of faces, and why shouldn’t I have been one of them? I taught myself their choreography from promotional videos, played every cd on endless repeat until I knew the songs by heart and could identify each girl’s voice. I drilled myself on imitations, trying to swap between Charmy’s breathy squeak and Miki “Mikitty” Fujimoto’s vocal fry in the beats between lines.

Every year, I scoured Japanese newspapers and fan-run forums for news about that year’s auditions, making my older brother help me with kanji I didn’t understand.

Idols are universally acknowledged as manufactured—even by their fans. To an awkward teenager, this can seem like more of a feature than a bug. A crack team of marketers and stylists packaging me as my most appealing self sounded like exactly what I needed. And if they were building me a personality, I wouldn’t have to worry about fleshing one out on my own.

That I believed becoming an idol could make me my best self shows that Morning Musume functioned exactly as it was meant to. The idol mill can only run if it is fed a steady stream of fresh female bodies. Morning Musume’s televised audition process, from its inception in 1998, invoked an aspirational fantasy of ordinary girls catapulted into stardom through sheer hard work. In 2000 and 2001, auditions for the fourth and fifth generations of Morning Musume ballooned to more than 25,000 applicants (though numbers dropped in subsequent years as producer Tsunku implemented narrower age restrictions).

Idols are meant to provide a vision of accessible femininity to girls: something you can grow up to be. For boys, they’re meant to be accessible in a different way: the attainable celebrity girlfriend, the girl next door. These dual purposes are supported in part by how bloated idol groups become. Morning Musume’s current roster stands at 14 girls ranging from ages 15 to 22. AKB48, a massive group established in 2005 that maintains its own theater in Tokyo’s Akihabara neighborhood, consists of 125 girls between the ages of 12 and 26. With such a diverse lineup, any fan can find a favorite to look up to or lust after. Particularly devoted fans may become wota, who function somewhat like cheer squads for their favorites. They develop specialized chants and nicknames for their favorite singers and synchronized dances to their songs, dominating concert venues with their coordinated performances.

Accessibility, or the illusion of it, is built into most idols’ contracts. The girls are subject to grueling schedules to keep them in the public eye as much as possible. In a 2009 interview with the Japan Times, fifth-generation Morning Musume member Risa Niigaki said that the girls were each allotted a total of 15 vacation days per year. Contracts often also include morality clauses restricting not only public conduct but private relationships as well.

Morality clauses, and the violation thereof, have been a constant source of tension in the idol industry for more than a decade. Ai Kago of Morning Musume was dismissed from her talent agency after being photographed smoking on several occasions and visiting a hot springs with an older man. Her bandmate Maki Goto found her own image tarnished when her younger brother burglarized a construction site; Goto was interrogated about the crime in interviews, and publicly blamed herself for being inattentive to her brother’s needs. However, the most controversial aspect of an idol’s “accessible” image is the chastity clause.

Although Morning Musume members were forbidden to date (the revelation of Mari Yaguchi’s secret relationship forced her resignation from the group in 2005, and Fujimoto left the group for the same reason two years later), two high-profile cases from competing megagroup AKB48 have garnered intense media scrutiny in recent years. In 2012, tabloid Shūkan Bunshun published a tell-all from a man claiming to be the boyfriend of AKB48’s Rino Sashihara. While Sashihara denied the allegations, she was transferred to Fukuoka-based sister group HKT48 as a result of the scandal.

Yet more troubling was the reaction to the news that Minami Minegishi had spent the night at the house of a member of boy band Generations. The scandal, again reported by Shūkan Bunshun, caused AKB48 producer Yasushi Akimoto to demote Minegishi to “trainee” rank within the group. (Ironically, Akimoto is married to Mamiko Takai, a former idol. The two met while Takai was a member of the 1980s idol group Onyanko Club, also produced by Akimoto. Takai retired upon announcing their marriage.) The official AKB48 YouTube channel also posted a video of Minegishi, her long hair shorn into a messy crew cut as a sign of contrition, sobbing as she apologizes to her fans and pleads to be allowed to continue as part of AKB48.

The video generated instant controversy. International media picked up the story, and fan forums exploded into arguments over whether or not AKB48’s management had overreacted to the incident. Many fans felt that Minegishi was at fault for violating her contract, vowing that they would no longer support her. However, she was reinstated as a full member of AKB48 later that year.

Demands on idols to appear “accessible” and “attainable” cultivate a sense of entitlement in fans that reinforces the use of chastity clauses despite the Tokyo District Court’s 2016 judgment that such terms are unconstitutional. Men in fan forums (some of whom are significantly older than the objects of their devotion) frequently state that they would not support idols with whom they didn’t think they had some “chance.” The entertainment industry depends on the vast amounts of money these men spend on lottery tickets for meet and greets, multiple pressings of cds, photo books, and other merchandise. While the idol contracts forbid them to date fans, these men nurse the hope that they can be the exception to the rule. They react to any threat to this fantasy with extreme hostility, accusing idols caught dating of “cheating on their fans” and “betraying” them.

This hostility goes beyond nasty comments on the internet. In 2014, a man attacked Anna Iriyama and Rina Kawaei of AKB48 and a staff member with a handsaw at a meet and greet, leading to increased security measures at future events. In 2016, a fan-turned-stalker flew into a rage and attacked Mayu Tomita of the group Secret Girls after her agency returned a gift he had mailed to her. The multiple stab wounds she incurred left her with vision problems and difficulties speaking, bringing her career to a premature end.

Due to the manufactured nature of idols, their image of accessibility may do more harm than good. Fans are often unable to respect boundaries between an idol’s public character and private life, believing that their support of the former entitles them to the latter. Idols are reduced from person to object, and attempts to assert their personhood frequently provoke intense backlash. The myth that an idol is universally beloved can only hold true as long as she can juggle chastity with an illusion of approachability—an impossible standard at best.

Catherine Komuro is an Asian American writer living and studying in Tokyo. Her former dreams of an idol career are now confined to the karaoke box.