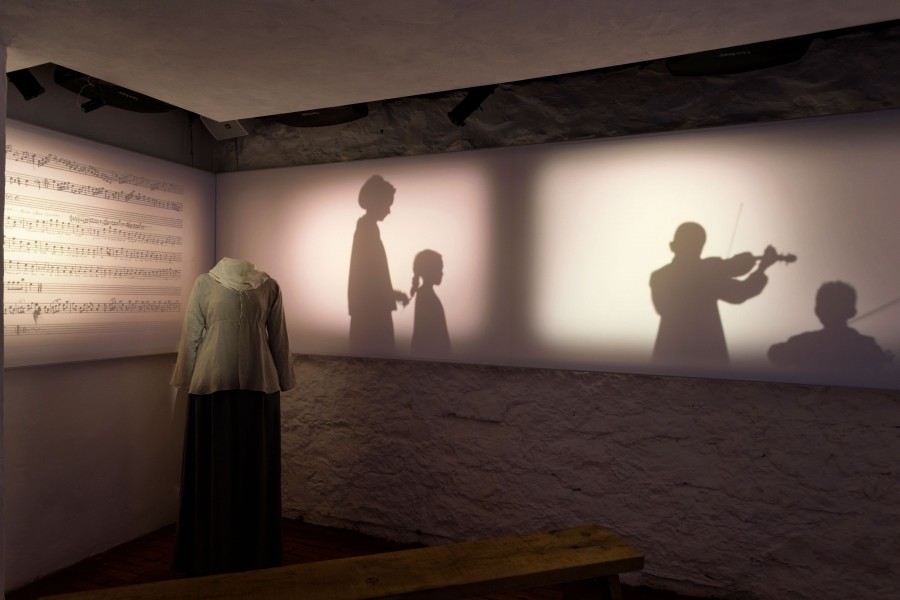 Sally Hemings, an enslaved Black woman who bore at least six of Thomas Jefferson’s children while living in the slave quarters of Monticello, was once lost to the annals of history. But now, after decades of historical and biographical accounts have quibbled over Hemings’s agency and authority, the Thomas Jefferson Foundation has debuted an exhibit at Jefferson’s former Virginia home that presents Hemings as a “fully-dimensioned human being: a mother, a sister, a daughter, a world traveler,” according to Gayle Jessup White, one of her descendants. It’s a recognition that is long overdue, and an example of how Black women’s stories only come to the surface when gatekeepers deem them valuable and worthwhile.

Many historians have struggled to piece together the facts of Hemings’s life, but what’s clear is that she was only 14 in 1787 when she accompanied Jefferson’s daughter Polly to Paris after the death of Martha, Jefferson’s wife and her half-sibling. Jefferson, her legal slave master, was a 44-year-old American minister at the time. In 1789, when the family was set to return to the states, 16-year-old Hemings was already pregnant with their first child. Slavery was outlawed in France by the time the Jeffersons arrived, and Hemings wanted to stay and enjoy her newfound freedom.

But she agreed to return to the United States on the condition that she and her children would be able to live freely at Monticello, according to an account by her son Madison Hemings. Jefferson even promised Hemings that their children would be freed when they became adults. Once they returned to America, Jefferson fathered at least four more of Hemings’s children, though it’s unclear whether two or three other children died in infancy. As with many of the ugly truths committed in this nation’s short existence, historians and filmmakers have wrestled with understanding and depicting the sexual violence Jefferson inflicted on Hemings. The 1995 art-house film Jefferson in Paris attempted to portray their relationship as a sweeping “love affair,” a romance even.

Critics of the film found the costumes, wigs, and music much more enthralling than its depiction of Hemings’s “fiddle-dee-dee flirtatiousness of a Scarlett O’Hara.” Journalists and historians have pored over letters from John Adams to his sons Charles and John Quincy in an attempt to discover if Jefferson’s longtime “concubine” was a known secret among governmental elites. In his 2016 book, Thomas Jefferson Dreams of Sally Hemings, Stephen O’Connor refers to their relationship as “somewhere along the spectrum between love and Stockholm syndrome.” In an effort to humanize both Jefferson and Hemings, O’Connor lands on a story of “love and slavery,” of entanglements and contradictions—and, inevitably, of passion.

But others disagree about the true nature of their exchange. In his 1991 book, The Wolf by the Ears: Thomas Jefferson and Slavery, author and American History professor John Chester Miller portrayed Jefferson as a callous, unloving man whose interest in Hemings was less about romance and more about sexual gratification.

“If his treatment of the children is any indicator, Jefferson’s feeling for Sally Hemings—assuming that he had any feeling for her other than the regard a master feels for a loyal, devoted servant and half-sister of his deceased wife—must have been purely carnal,” Miller wrote. “The children did not concern him at all; he was solely preoccupied in indulging his passion for the ‘African Venus.’”

Hemings’s and Jefferson didn’t have a “relationship,” as Harvard University law professor Annette Gordon-Reed explained in a June 15 op-ed for the Washington Post. Instead, their connection, and Hemings negotiating with Jefferson for their children’s freedom, was a “gamble.” Perhaps that more accurately reckons with the material stakes at hand for both Hemings and Jefferson, but the word “gamble” still feels insufficient. It doesn’t help us fully grapple with how slaveholders “articulated their own family lines—their worldly legacies—through the reproduction of their slaves,” and “extended their dominion to spaces inside the bodies of the women they owned,” as Harvard historian Walter E. Johnson wrote in his 2013 book River of Dark Dreams: Slavery and Empire in the Cotton Kingdom.

The dual ubiquity of white male domination and commodification of Black women’s bodies during slavery cannot be overstated. It ordered all facets of life: walking on sidewalks, entering rooms, speaking in public, styles of dress, forms of labor, and even access to one’s own body. While we can’t ever know if Hemings loved Jefferson, using terms like “affair,” “relationship,” and “mistress” is particularly dangerous: Such terms imply agency (which enslaved people had very little of) and consent (which enslaved women were unable to do). The institution of slavery in which Hemings was raised—and which Jefferson showed no signs of uprooting—necessitated that she fulfills all chores and obligations, including having sex with her owner at his request.

Jefferson not only had the powers of whiteness, maleness, authority, social expectation, and status, but he also benefited from laws that gave him complete ownership over Hemings body. Now, Monticello is recognizing the slave girl who was raped by her master, the woman who was made the property of one of the most powerful men in the world, the Black woman who faced chattel bondage until the day she died—and doing so, it’s worth noting, during one of this country’s most degrading and despicable moments. What is recognition if it comes with such a price?

Monticello is recognizing the slave girl who was raped by her master, the woman who was made the property of one of the most powerful men in the world, the Black woman who faced chattel bondage until the day she died—and doing so, it’s worth noting, during one of this country’s most degrading and despicable moments.

As Elizabeth Adetiba wrote in a 2017 piece at the Black Youth Project, “For too long in American society, we have allowed efforts to ‘humanize’ marginalized women to do so in a manner that attempts to relieve blame and accountability from their historical oppressors. Monticello’s move to paint Hemings as a well-read, well-traveled woman who was so content on the plantation that she never attempted to leave is not only irresponsible, it is quite harmful as well.”

Yes, it’s well past time for Monticello to acknowledge Hemings, but it might be more productive to sit with how her legacy has been crafted, and who has crafted it. It takes a great deal of time for Black women to enter the archives, and, when they do it is often through immense, unspeakable violence. It comes after denials and dismissals. It comes after wounds are reopened and new debts have been paid. Entering the archives, for Black women, is rooted in pain. As conflicted as I am about the Hemings exhibit, I am heartened that visitors to Monticello will have to face a reality that they would have likely preferred to deny.

But Hemings, like so many enslaved Black folks, bought this honor with the blood in her veins and the meat on her bones. There is no archive for that. There is no stage.