S∆MMUS Gives Us Unapologetic #BlackGirlMagic on “Pieces in Space”

Pieces in Space is Sammus’s first LP with Don Giovanni Records, and it couldn’t be more timely. Despite the abundance of #BlackGirlMagic, or perhaps because of it, smart Black women in academic and internet spaces are often treated as dangerous novelties that must be ablated like a growing cluster in Snood. Rapper, producer, gamer, and PhD student Enongo Lumumba-Kasongo, the artist behind Sammus (stylized as S∆MMUS), is no stranger to this phenomenon. “God forbid she talk up her accomplishments”; “kill her cause she’s confident,” she riffs on “Genius.”

When the trolls come for Sammus, she blasts them to another galaxy with her canon. A celebrated talk-back anthem directed at trolls and haters, “Comments Disabled” dismisses hate speech as “long-winded fanfic,” and then tunefully acknowledges that even impeccable self-care and brilliance is not a cure-all to making it through this universe unscathed: “Sorry I’m not on right now/ logging off the internet/ leave a message I won’t call you back.”

Samus Aran, Sammus’ namesake, is a bounty hunter of evil and negativity in the game Metroid. Her gender is not revealed until hours into gameplay. Most women don’t have that kind of privacy. There’s no hiding behind a superhero powersuit for Lumumba-Kasongo, whose raps are laced with references to Star Wars and Dragon Ball. This record confronts nerd culture as navigated by a Black woman head-on. “Nighttime,” for example, highlights the often-overlooked sensation of anxiety when on alone the computer late at night. “Will I feel insane forever?” Sammus asks as she obsesses over perfecting her album and her PhD at the same time.

Sammus applies the same honesty to toxic relationships as she does to gaming culture. “Perfect Dark” deals with representation in gaming, and “Song About Sex” is at once a sex-positive chant (“This is a song about sex in which I do not condemn women for the realities in which they are living”) and a personal narrative of sexual assault (“Cuz up til now, I never grieved”).

She’s also open about her own mental health and self-care. Whether she’s talking to Siri or giving a shout-out to her therapist, Sammus lets isolation and anxiety sit heavy on Pieces in Space. “I really miss my fuckin’ ex/ It’s such a mindfuck/ Cause we never talk/ Yet we still share a fuckin’ Netflix.”

Pieces in Space is a departure from the music Sammus was making in 2010. The beats here come off as more controlled and deliberate, which gives space for the lyrics to evoke a level of perfectionism and an almost painful self-awareness. Every syllable is persistent, demanding, and relatable. 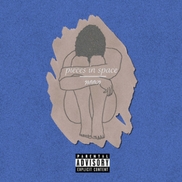 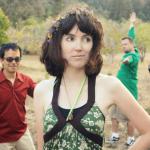 The “Matilda Effect” is the name given to the systematic oppression of women’s work in science.