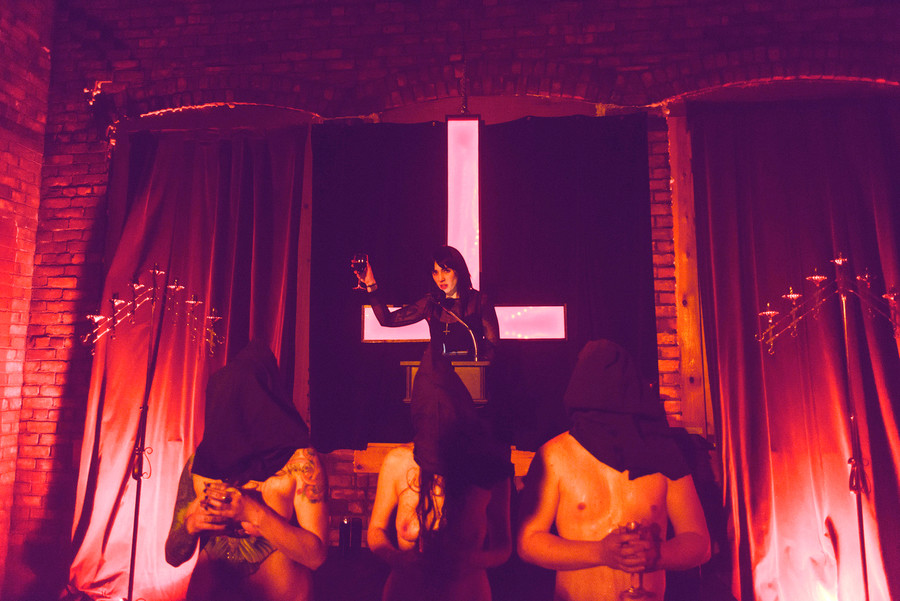 Once a magnificent and powerful angel who rebelled against the tyranny of God, the figure of Lucifer has conjured fears espoused from the pulpit, galvanized an esoteric outsider ethos, and provided a catalyst for feminist emancipation. In defiance of Christian norms and inspired by Romantic poets who reimagined Lucifer as a benevolent cultural hero, revolutionary leftists of the late 19th and early 20th centuries celebrated Satan as a liberator. The allure of the devil likewise attracted the attention of provocateurs who embraced the figurehead as a Dionysian icon, leading to a depoliticized and commodified form of rebellion. Informed by this legacy, modern satanic feminism seeks to reclaim the satanic revolutionary as a political and cultural force to empower outsiders and create change.

In offering Eve fruit from the tree of knowledge, Satan provided freedom from an absolute ruler and the gift of free will, representing rationality and self-preservation over delusional devotion. Likewise, those who challenge the authority of the Bible and the church, or who question normative dictates of the state, are often deemed to be “satanists” or “satanic.” Women have been targeted most prominently, stemming from the mythology of Eve as the original sinner, but this is not an antiquated practice relegated to witch trials. Anarchist Emma Goldman wrote in 1917 after her private political meetings were raided that American police credited her with occult powers. Sojourner Truth, former slave, an abolitionist, and a women’s rights pioneer, was accused by a newspaper of being a “witch” (she later sued the outlet for slander, winning a $125 judgment).

The exploitation of the satanic archetype continues to be applied to discredit and ridicule those who challenge established norms: In 2014, Franklin Graham, son of Billy Graham and current president of the Billy Graham Evangelistic Association, claimed that satan is behind the movement for LGBTQ rights, and Catholic writer Peter Kwasniewski has said that “abortion is an antisacrament, concocted by satan to serve his counter-church.” Fear of the devil has been regularly employed as a tool to degrade, control, and manipulate those who challenge the power of the Christian church or the state.

The fictional dichotomy of “good” and “evil” removes the realities of social responsibility and creates space for institutional powers to invent “others” they perceive as a danger. This supernatural scapegoat for humanity’s misfortunes serves to direct anger and anxiety away from the state, especially when the prescription for salvation is to humbly follow the rule of law and support religious institutions. The first self-identified satanic organization was formed in the late 1920s, inspired by the texts of intellectual leftists such as Mikhail Bakunin, William Godwin, Moses Harman, Pyotr Alexeyevich Kropotkin, and Pierre-Joseph Proudhon and coupled with a rising fascination with the occult.

Despite the mythology of woman as satan’s first ally, these organizations were almost exclusively male, made up of elites who exploited romanticized visions of exotic mythologies and celebrated sexual freedom, co-opting the subversive qualities of satanism for the male aristocracy. The two most notable figures within modern satanism, occultist Aleister Crowley and Church of Satan founder Anton LaVey, furthered this appropriation. Crowley, whose philosophy Thelema provided the framework for future satanic groups, fetishized the female body, opposed reproductive rights, and described women as moral inferiors. A nightclub organist, LaVey wrote The Satanic Bible in 1969, influenced by Ayn Rand and social Darwinism and plagiarizing from the “white power manifesto” Might Is Right.

LaVey staged rituals involving nude or bikini-clad women as altar props, and The Satanic Bible praises cunning and beauty as female strengths. This male-dominated satanic narrative was later echoed throughout the heavy-metal and black-metal scenes. Today, the Satanic Temple, founded by men with privilege, professes to advocate for women’s reproductive health access but regularly invites men to speak on the topic and has employed women as surrogates for their messaging rather than empowering autonomous activism under their umbrella. Like Crowley and LaVey, men who identify as rebels have seized upon the satanic narrative while simultaneously uplifting patriarchal, sexist systems that retain men in positions of power and relegate women to an erotic accessory role—sustaining gendered polarities and inequalities rooted in the very religious ideologies they claim to oppose.

We question the authority of the state, as it has proven to be violent, racist, sexist, and classist, and embrace satanism on our own terms as a catalyst for political and social change.

By pointing to the justice system as the established avenue for political dissent—although it has historically supported religious despotism, racism, homophobia, and state violence—they demonstrate their inability to recognize how they uphold and maintain oppressive social structures. Reinforcing chauvinism while focusing on male sexuality, modern satanism continues to emphasize traditional gender roles and demonize autonomous womanhood. Since the 15th century, it has been widely accepted that women—the handmaids of satan—are more vulnerable to the devil’s influence, and echoes of this belief remain today in the enduring stereotype of women as weak, deceitful, and emotional. Women’s sexuality is painted as a temptation into sin, and women with power are likewise demonized.

At the 2016 Republican National Convention, presidential candidate Ben Carson said that Hillary Clinton was in league with Lucifer, and during a presidential debate, Donald Trump referred to Clinton as “the devil.” This is not merely misogyny—it’s misogyny informed by religious ideologies. Echoing a more radical view, modern feminist activists increasingly identify the witch as a protector figure (think of the Women’s March protest signs that read “We are the granddaughters of the witches you weren’t able to burn”). The Women’s International Terrorist Conspiracy from Hell (W.I.T.C.H.), founded in 1968 and currently experiencing a resurgence, similarly zeroes in on the witch as a liberator, connecting her back to her history with the devil. Many women like myself have left the satanic Temple to continue doing the work of political satanism free from contradictory institutional norms.

While the rise of occultism, witchcraft, and satanism as revolutionary ideals within feminism is relatively new, activist groups such as W.I.T.C.H. and others show how satanism can be used as a powerful unifying force for political engagement and cultural fellowship minus the patriarchal baggage. A great deal of unexplored space remains at our disposal to further a satanic ideology owned and celebrated by women and other outsiders who have been most directly impacted by religious moral hostility. We question the authority of the state, as it has proven to be violent, racist, sexist, and classist, and embrace satanism on our own terms as a catalyst for political and social change.

In suffragette Matilda Joslyn Gage’s 1893 text on women’s oppression, Woman, Church, and State, she wrote, “No rebellion has been of like importance with that of Woman against the tyranny of Church and State; none has had its far reaching effects. We note its beginning; its progress will overthrow every existing form of these institutions; its end will be a regenerated world.” More than a century later, we continue to fight for this new world.

Read this Next: Popaganda: The Devil You Know 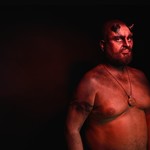 by Soleil Ho
This episode is all about how cool the Devil is, especially for people of marginalized genders and sexualities. 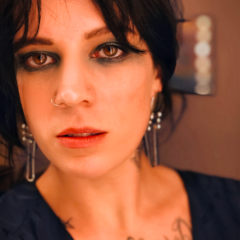 Jex Blackmore is a performance artist, writer, and political activist. Her advocacy work has included dumping gallons of milk outside antichoice demonstrations, writing about her abortion experience in the viral blog Unmother, and debating the Westboro Baptist Church. She has been featured on CNN’s This Is Life with Lisa Ling, DAZED, and the 2019 documentary Hail Satan? You can follow her @JexBlackmore.