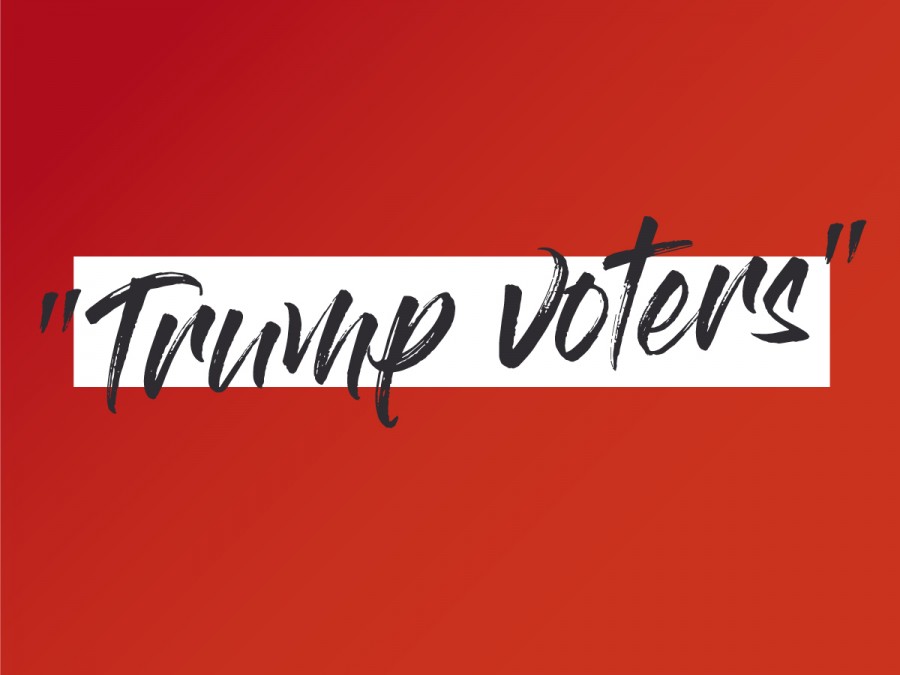 The numbers don’t lie. Shortly after that dark day in November, when the majority of voters in the United States opted to elect the first woman president, but instead woke up to the Orange dawn, numbers came tumbling out that attempted to explain how the unthinkable become a political reality. When it came down to it, Trump pulled off just enough votes to take the Oval and left the mainstream media fumbling to explain how America moved from a democracy to a kakistocracy.

But who exactly are the much-discussed, endlessly symbolic “Trump Voters”? This is the question repeated daily as we reel and deal with tweets, threats, and ambiguously explained Syrian airstrikes. It is the question that reverberates, still, nearly 100 days into Trump’s America. Who voted for this bully, and why? During the campaign, mainstream media did little to help us understand Trump Voters since they primarily described them as plain-speaking, rural Americans without college degrees. Crafting this image of Trump Voters was the perfect contrast against the specter of Democratic elitism. But this isn’t the only demographic that explains how Trump won the electorate. There’s more. A lot more.

The ballot holder who just could not conceive that a former New York Senator, former Secretary of State, and former First Lady could possibly be qualified to be Commander in Chief. The Reluctants were won over by the real estate mogul, willing to go along with Trump’s conflation of business deals with governance. Even though they cited lack of presidential gravitas, called him a buffoon, and decried his insults, Reluctants voted for “the lesser of two evils,” and found more comfort in a reality TV star falsifying facts than in Hillary Clinton’s resume.

Even though he was three times the groom and his “locker talk” revealed a penchant for grabbing women by the genitals, this subset of Protestant Christians pinned their prayers on Donald Trump because, according to exit polls and post-election research, of the Supreme Court justice vacancy. Even though Trump’s rap sheet included accusing U.S. District Judge Gonzalo Curiel of being unable to be impartial because of his Mexican heritage, the potential opportunity to place a pro-life judge on the SCOTUS bench was enough to win this bloc.

Middle America who faithfully pay their taxes were won over by the billionaire who won’t release his tax returns and promised to bring back industrial jobs that have long seen their heyday. As Democrats and the media scurry to figure out what precisely motivates this particular populous, the hope placed in Trump results from a perceived sense of loss—loss of political and economic significance in the era of globalization and immigration. “White marginality” begins when more melanin shows up, hence the flocking to the candidate who promised to restore law and order by building a wall, instilling travel bans, and deporting Brown folks. It just so happens this is the also the person who started a baseless birther movement to delegitimize the first Black president. “White marginality” was the sleeper in the election and that’s code for tireless racism.

Careful! Don’t fall for the blame game that points fingers at the disgruntled poor for handing Trump the keys to the White House. Hands down, Trump was the pick of white voters across education levels, class, age, and gender. The white majority voted for Trump. Women of color, particularly the overwhelming majority of Black women, voted for Hillary Clinton, but somehow 53 percent of white female voters were unperturbed by the litany of Trump offenses, which include sexual violence. When whiteness and voting rights intersect, only one concern reigns supreme: white women’s privilege. In the end, the preservation of white womanhood outweighed all other matters of concern or worry. Even as white folks try to figure out their whiteness, a woman found it within her white wokeness to blame Oprah for not better educating and herding her fanbase, a predominantly white crowd. Because nothing illustrates white fragility more than a white woman blaming a Black woman for not educating more white folks on racism.

It’s pretty straightforward, Trump Voters include former Klan members, neo-Nazis, and groups who hate anyone who isn’t white and straight. If they were ever lost, the littered constellation provided by Steve Bannon, David Duke, and the alt-right would lead this bloc to the rallies and polls where Trump fed their racist and misogynistic ideologies. And violence followed. After the election, there were nearly 900 instances of hate crimes or incidents, and of those 900, 40 percent were done in the name of or using the name of President Trump. And while social scientists are scratching their heads trying to prove, or, more accurately, diagnose why Trump voters are so loyal, the answer is as complex as why water is wet: It’s racism, not authoritarianism that made the difference in the election.

Trump threw a barrage of insults at Mexicans, grouped all Black folks as inner-city troublemakers, and proposed a Muslim ban. That won him the white majority vote, which remains the torque in the twistiest dystopian turn in modern American politics. But Trump also won more voters of color than Mitt Romney did in 2012. Some folks of color bought into the infamous rhetorical question Trump posed their communities: “What the hell do you have to lose?” Meaning, even as Trump trounced the white vote, a slight margin of voters of color stood out and unfortunately proved they are not a monolith either. Some even believing that Trump isn’t anti-immigration, he’s just anti-ILLEGAL immigration.

It’s important to recognize the stratification among Trump Voters. It is not a monolith, but you really gotta hand it to the MAGAs: Once they buy, they don’t look back. Apparently, 96 percent of Trump Voters are enjoying the blissful chaos. Despite pundits’ projections after the election, there is no buyer’s remorse! The bar is set so low that not even the ongoing string of broken promises (1.Even before failing to dismantle Obamacare, 45 admitted that he knew his Trumpcare plan would hurt his supporters the most, and 2. Since he doesn’t want to “hurt the Clintons,” he is not prosecuting Hillary Clinton—remember “Lock her up” chants?) isn’t enough to divert support. Not even 16 golf trips in three months (after he said in August 2016 that he’d be too busy working for the American people to play golf) suggests a skimpy work ethic. Not even red state budget cuts can shake the loyal. They seem unflappable as Trump calls for decreased spending across all government while he is estimated to have already dished out $21 million on trips during his first 80 days and he is on track to spend more on travel in his first year than Obama did in his two terms. The fiscal conservatives’ dream! Because nothing represents the average working citizen more than the luxury doors of the Mar-A-Largo.

As 45 manages to put aside his golf clubs and clock in for his 100th day in office this week, a once-looming government shutdown is fading since Trump backed off his demand for a down payment for The Wall. But it’s hard to imagine Trump Voters being swayed by the ominous feud. Trump sold himself as a messianic manipulator; he and he alone can take America back to a greatness while simultaneously delivering a future with so much winning, we’d grow bored with our champion status. It appears that even as promises end in disappointment, as long he keeps repeating the same rhetoric, it’s a reminder that the white majority has spoken and is in power. For Trump Voters, it may not be great quite yet, but, apparently, it’s good enough for now. 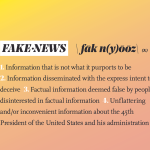