Velma Is Officially a Lesbian, but Has Long Been a Gay Icon | Bitch Media 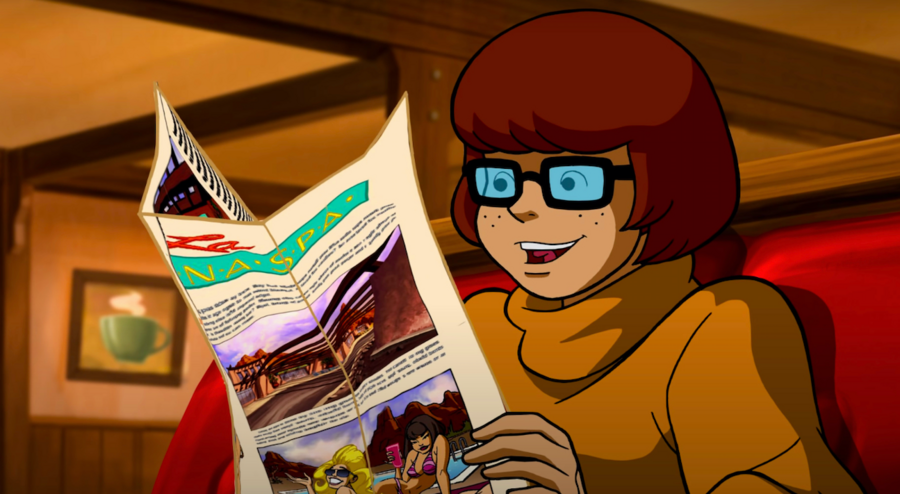 Velma, the freckled and bespectacled brainiac of the Mystery Gang, is officially a lesbian, according to an Instagram reply by Scooby-Doo! Mystery Incorporated producer Tony Cervone. “I obviously don’t represent every version of Velma Dinkley, but I am one of the key people that represents this one,” Cervone wrote of the series that premiered in 2010. “We made our intentions as clear as we could ten years ago.” Longtime Velma fans reacted with enthusiasm to the news. On June 28, the 51st anniversary of the Stonewall Riots, Cervone posted an image of cartoon Velma alongside fellow sleuth Marcie Fleach against a pride-flag background. A week or so later, James Gunn, a writer on 2002’s live-action Scooby-Doo film, replied with a similar statement when asked by a Twitter user to make “live-action lesbian Velma dreams come true.” “I tried!” Gunn responded. “In 2001 Velma was explicitly gay in my initial script. But the studio just kept watering it down & watering it down, becoming ambiguous (the version shot), then nothing (the released version) & finally having a boyfriend (the sequel).”

Compulsory heteronormativity and corporate straightwashing aside, some longtime fans remarked that they had suspected Velma’s sexuality all along. Throughout the 43 films, 14 television series, and various Scooby-Doo spinoffs created since 1969, Velma’s character has generated a massive following of lesbian and bisexual women who grew up watching those meddling kids unmask costumed culprits. Social media posts about Cervone and Gunn’s comments quickly went viral, including one on Twitter by a Thor: Love and Thunder fan account. “It was so cool to hear,” @loventhunders, who asked to remain anonymous, told Bitch. “Velma was a character I grew up with and to see a childhood favorite character be confirmed as a lesbian is a major deal to me.”

“I felt naturally drawn to Velma growing up because she is such a smart and independent character,” she continued. “I always felt like she [was] sapphic before the confirmation. There wasn’t really [any] indication for me; it was more of a feeling.” Velma has been an inspiration to curious young women for decades, and as the number of lesbian characters in pop culture increases, there are echoes of her iconic style, smarts, and willingness to face scary situations everywhere. Velma’s impact as a young, capable woman holding things together under pressure is evident in lesbian protagonists from Netflix originals like Everything Sucks (2018), Stranger Things (2016), and The Half of It (2020). The still-unrealized fan pairing of Velma and Daphne—the dreamy, affluent redhead of the group—was reflected in Everything Sucks, which begins with a shy, closeted sophomore pining after the most popular girl in school.

The Half of It’s nerdy main character, Ellie (Leah Lewis), calls to mind Velma’s singular genius as she writes other students’ essays in exchange for cash. (And as she falls for the recipient of love letters she ghost-wrote, Ellie bumbles about like Velma searching for her glasses in the middle of tracking a monster.) I am Not Okay With This (2020) follows Sydney (Sophia Lillis), an angsty teenager struggling with newfound supernatural abilities and a crush on her best friend Dina (Sofia Bryant); though Sydney’s anger at the world is expressed more violently than Velma’s hunger for justice, her no-nonsense pixie cut, oversized sweatshirt, and run-ins with everyday villains mirror the experiences of the daring detective. Whether or not it was the original showrunners’ intent, Velma is intrinsically tied to LGBTQ history.

William Hanna and Joseph Barbara drew inspiration for the character from child actor Sheila Kuehl, who played a tomboy in the 1950s family series The Stu Erwin Show and, years later, became the first openly gay California legislator. The podcast Gayest Episode Ever breaks down this connection in its “What’s Gay about Scooby-Doo?” episode; fans have also made more subtle connections, like pointing out that combining Velma and Daphne’s signature orange and pink outfits forms the color scheme of the lesbian pride flag. On Tumblr, longtime Scooby-Doo lover Olivia (elliewilliams) shared her fan art of Velma and Daphne (posed to match a viral image of a woman straddling another woman to apply her makeup) to celebrate the news. Olivia told Bitch she was “over the moon” after finding out.

She watched plenty of Scooby Doo! Mystery Incorporated while growing up and related to Velma as she came to terms with being a lesbian herself. “I had always felt connected to her in some way and now it seems clear to have been more than just her being a favorite character,” she explained. As early as 2001, discussions of Velma’s lasting effect on styles like knee-high socks, librarian glasses, and baggy turtlenecks referenced the public speculation surrounding her sexuality. A Washington Post article published that year briefly mentioned the possibility: In it, Hank Stuever wrote, “By now you’re saying: You fool. Everyone knows Velma is a lesbian,” and goes on to (unsuccessfully) shut down the idea. A decade later, two live-action Cartoon Network films about the Mystery Gang’s origin story starred pop star and actress Hayley Kiyoko as Velma; the singer’s fans reverentially refer to Kiyoko, who came out publicly in 2015, as “Lesbian Jesus.”

Velma’s sphere of influence extends even further. Viewers of modern media with lesbian leads have noticed another recurring trope made familiar in Scooby-Doo: the presence of the lesbian’s “pure of heart, dumb of ass” best guy friends. A younger version of the beloved himbo, this character befriends the lesbian and the pair gets up to various shenanigans. In Scooby-Doo, he takes the form of sentient ascot Fred Jones, a square-jawed jock who pines for Daphne and sets elaborate traps to prove Velma’s expert deductions and gives her misguided compliments like, “I’m a man of substance! Dorky chicks like you turn me on too.” Paul (Daniel Diemer)—the classmate in The Half of It who requested the love letters—is played as a similarly lovable goof who eventually defends Ellie against their hometown’s small-mindedness.

LGBTQ representation in entertainment for preteens has come a long way since Scooby-Doo premiered as a Saturday morning cartoon. Producers like Steven Universe’s Rebecca Sugar have fought diligently for greater queer visibility in animation, resulting in the first same-sex marriage ever depicted on Cartoon Network. Legend of Korra ended in 2014 with its two female leads, benders Korra and Asami, gazing lovingly into each other’s eyes as they stepped into a parallel dimension. Showrunners confirmed after the finale that the pair shared reciprocated romantic feelings, according to Out magazine. But there is still room for improvement. Fictional lesbians rarely get definitively happy endings. Instead, they are left with the possibility of love, romances heavily hinted at but never stated outright, and seasons of barely concealed queerbaiting (see Supergirl and Once Upon a Time).

The world does not yet have explicit onscreen evidence of Velma’s sexuality, but those who claim Cervone or Gunn’s assertions about their work merely retcon the character because she has dated men in the past ignore the obvious: Sexuality is not a clear cut, stagnant thing. It can evolve. Now, Olivia hopes future adaptations will present Velma as a lesbian. She acknowledges that the main focus of Scooby-Doo is teaching kids problem-solving skills, but pointed out that heterosexual relationships have gotten plenty of airtime regardless. “They’ve never been shy to introduce romance into it before,” she told Bitch. “I don’t see why they can’t [extend that to] Velma being a lesbian—let it be another teaching experience for kids.” After half a century as a fifth wheel, maybe it’s finally time for Velma to borrow the Mystery Machine, drive to a Hex Girls concert with her girlfriend, and solve the mystery of love for herself.

Editor’s Note: This story has been updated to reflect that James Gunn was a writer, rather than the director, of 2002’s live-action Scooby-Doo film. [July 23 at 9:13am PST.] 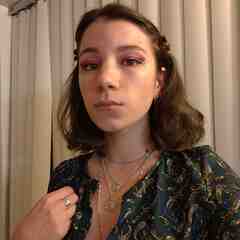 Maggie Chirdo is a historian and journalist from a humid little slice of Southeast Texas. She writes about American history, LGBTQ communities, pop culture, and whatever else keeps her up at night. She is the art director for The Interlude, previously worked as city editor for NYU Local, and has bylines in The Knockturnal and elsewhere. You can find her entire portfolio here (including her foray into graphic design), and follow her on Twitter @maggiechirdo.