“Not only did they kill the film, but they killed my cast! Nobody’s gonna want to work with me. Variety called me a pariah,” Roman Bridger (Scott Foley) says after being arrested in Wes Craven’s oft-maligned third installment of the Scream franchise. Bridger’s producer, John Milton (Lance Henriksen), cooly responds, “Hollywood is full of criminals whose careers are flourishing,” an honest tagline for the same Hollywood we find 18 years later.

Scream 3 was so critically panned when it first came out that it took more than 10 years for another Scream to be released, but the slasher film is actually a scathing indictment of how women are treated behind-the-scenes in Hollywood. And 18 years later, the Weinstein Productions film is unsurprisingly relevant to the movie industry’s #MeToo and #TimesUp movements. Like the concluding chapter of any proper trilogy, Scream 3 reveals that the masked killer’s actual impetus for terrorizing Sidney Prescott (Neve Campbell) was a brutal gang rape at the hands of Hollywood producers, including Milton. Sidney’s mother, Maureen (Lynn McRee), abandoned the child—Roman Bridger—born from that rape, and later refused to claim him. So, Bridger enacts revenge by killing her and embarking on a final rampage in Scream 3.

While many argue that violence against women is the inherent subtext of slasher horror movies, it’s far more rare for a horror movie to outright declare it as Scream 3 does. 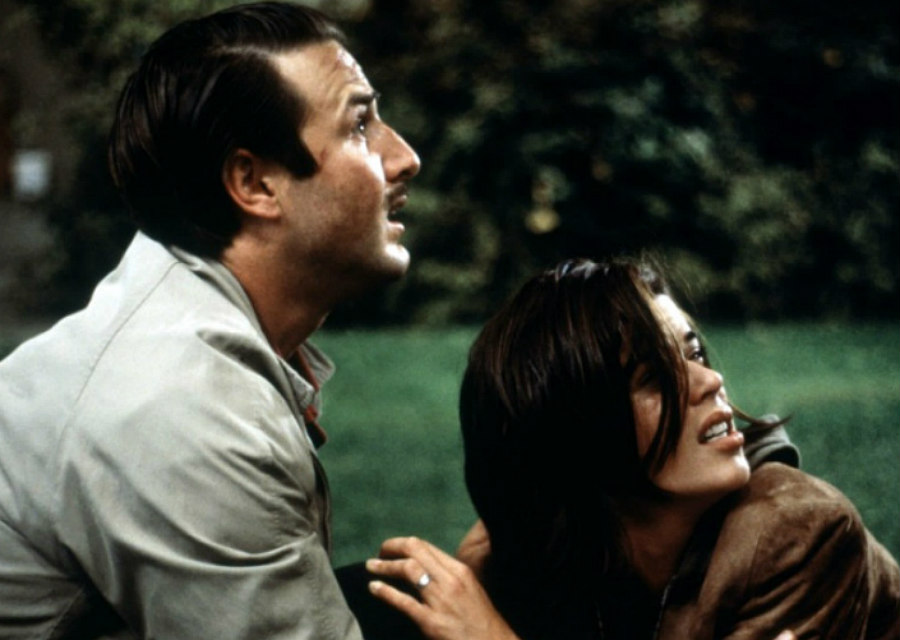 “It was the ’70s. Everything was different. I was well-known for my parties. [Maureen] knew what they were. It was for girls like her to meet men. Men who could get them parts if they made the right impression. Nothing happened to her that she didn’t invite in one way or another. No matter what she said afterwards. … I’m saying that things got out of hand. Maybe they did take advantage of her. Maybe the sad truth is this is not a city for innocents. No charges were brought. And the bottom line is, [Maureen Prescott] wouldn’t play by the rules. You wanna get ahead in Hollywood? You gotta play the game, or go home.”

My, how little has changed. Milton’s production company eventually makes millions adapting Maureen’s murder into the metatextual Stab series that mirrors Scream. And the many men who sexually and verbally assaulted, harassed, and raped these vulnerable young people also capitalize off of these crimes, with just as little care and compassion as Milton showed after destroying Maureen’s body and career. There is no way to fully gauge how many young women were abused and then discarded in Hollywood as their abusers continued their predatory machinantions with almost full impunity.

They tried to destroy the careers of the people they hurt—look at #TimesUp whistle-blowers Mira Sorvino, Asia Argento, and Rose McGowan, for instance, but how many of their abusers  are in jail cells for their felony crimes? So far, none. The fact that these criminals are not behind bars is a disintegration of the rule of law, and an example of how little the oft-ruined lives and careers of these victims/survivors means to misogynistic and capitalistic media machines—like Hollywood. How many real-life Maureen Prescotts have been terrorized by this system? How many of their names and stories will we never know?

Let’s compare Maureen Prescott’s treatment in the Scream trilogy to another victim/survivor, Cotton Weary (Liev Schreiber). When he’s exonerated for Maureen’s murder, Cotton leverages his connection to a mass murder into a kind of pulp fame that leads to recognition and wealth. He was, in a way, compensated for being falsely accused. On the other hand, Maureen, her daughter, and anyone connected with them remain in constant danger. By Scream 3, Cotton’s face is plastered all over billboards in Los Angeles while Sidney Prescott lives in hiding, quietly working as a crisis counselor from a remote mountain home.

Roman Polanski, Woody Allen, Danny Masterson, and many other abusers still have thriving careers while their victims are dragged through the mud, disbelieved, and publicly branded with scarlet letters. They’re often forced to drastically alter their lives due to the threats they receive for “sullying” these men’s reputations. After coming forward about being raped by Weinstein, Argento was forced to flee her home in Italy due to death threats. She isn’t the only one. The physical abuse and negligence Uma Thurman suffered on Quentin Tarantino’s Kill Bill sets will continue to haunt her for the rest of her life.

Scream 3 illuminated Hollywood’s backstage violence against women by showing how this kind of assault not only ruins the life of the survivor, but ripples out and taints her family, her friends, and others who are only marginally connected to her. Sadly, Scream 3 is exceptional for another terrible reason: It’s also a rare case in which a rape-revenge plot turns on the original victim/survivor. Instead of revenge or justice for what happened to her as a young aspiring actress, Maureen is killed in retribution for a series of violations that were never her fault, no matter what kind of sick unofficial law these Hollywood misogynists created and continue to uphold.

Scream 3 is arguably the most feminist installment of an already feminist franchise. The irony that it was produced by one of Hollywood’s most prolific perverts is beyond stunning; life imitating art imitating life. While behind-the-scenes representation in Hollywood has slowly been diversifying over the past 18 years, it hasn’t been enough to protect the thousands of people who had their own Maureen Prescott moments. Frances McDormand’s call for inclusion riders could certainly help protect vulnerable groups while increasing their visibility both on and off camera. I hope that in the coming years, there will be a permanent end to Hollywood’s rape culture—and a group of women buying The Weinstein Company might be the start of some long overdue justice.