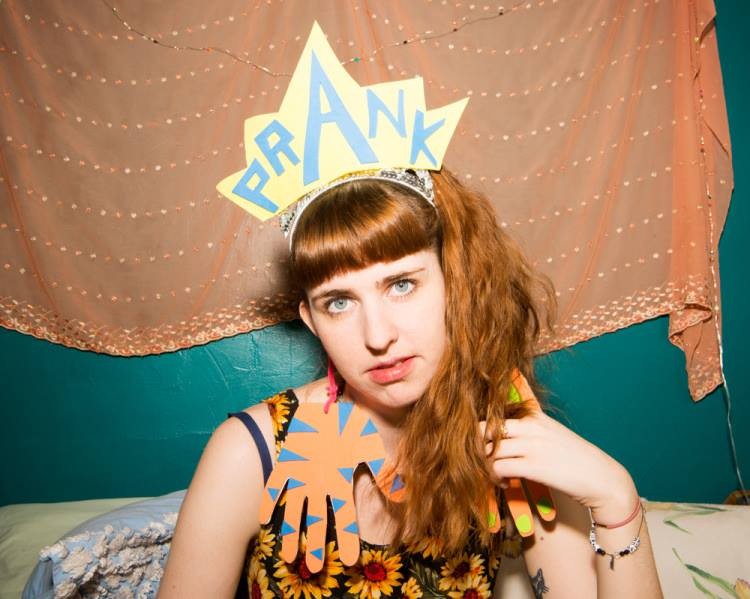 Lisa Prank’s first full-length album, Adult Teen, is pop punk personified. Lisa Prank is the solo project of Seattle musician Robin Edwards and the new album, due out on Father/Daughter Records June 24, is polished living-room pop. The album was literally recorded in Edwards’s living room with Julia Shapiro of Chastity Belt singing backup vocals, and Emily Nokes, Bree McKenna, and producer Eric Randall of Tacocat providing additional vocals, bass, and technical help, respectively. “I got to roll out of bed in my pajamas and record an album about my feelings with my friends in my living room,” Edwards says, laughing. These friends and feelings served as inspiration for the record.

Edwards is influenced by pop punk from the early 2000s but flips the script on the often-misogynistic genre, which then had (and still has) a habit of placing women at the root of all lonely, angry, and misunderstood men’s problems. “I rediscovered all the pop punk music I listened to when I was 13, which was a lot of Jimmy Eat World, Blink-182, and Jawbreaker,” says Edwards. “I originally distanced myself from that music because I didn’t see anyone like me represented in the bands that I listened to. Many of the lyrics and beta-boy stuff are problematic, and it bums me out. Yet, I still relate to the song structure, the sound, and some of the feelings brought forward in the music.” 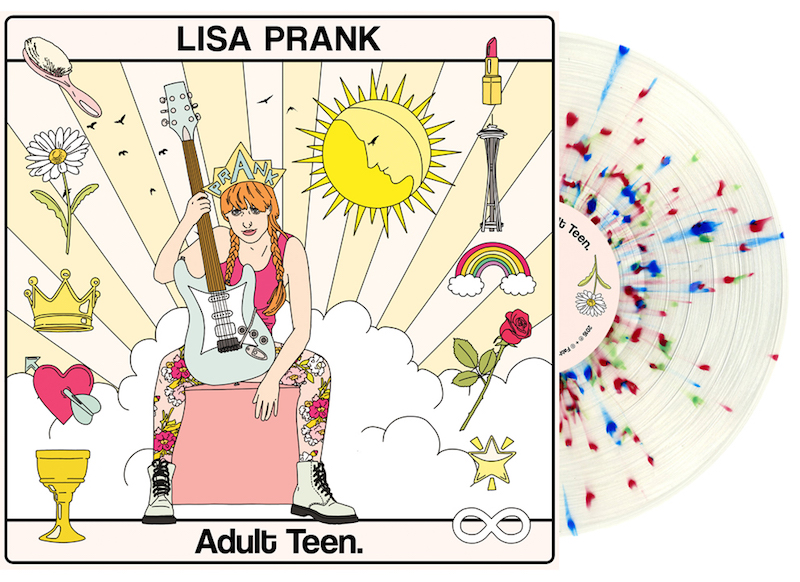 On “Heart 2 Heart,” Edwards skillfully recreates the touching and archetypal “staying up past curfew” and “deceiving ex” pop punk ballads. Over upbeat, crunchy chords, she sings, “You know all the things I want to do/ Never get close enough and always pine for you.” Another standout is the slowed-down break-up anthem “Turn It Up.” On the track, Edwards sings, “I have a place in my heart now that’s just my own/ Keep hoping growing up isn’t growing old/ I’d rather be lonely than belong to anyone.” Through sentimental riffs and heartwarming vocals, Edwards is able to show that the emotions of confusion, angst, and broken hearts, though often focused on teenage boys, are universal.

When I saw her perform in Seattle in 2014, Lisa Prank took the stage, her face framed by plastic barrettes and sporting a construction-paper crown. The atmosphere, nostalgic and dreamy, was reminiscent of a middle school dance. In the glow of twinkling multicolored Christmas lights, Edwards covers Blink-182’s “Dammit.” Bubbly synths provide a spin on the angry breakup anthem. The simple song structure and the glistening tinsel are in perfect match: charmingly awkward and undeniably relatable. Prank’s performance invokes a charismatic and whimsical sincerity, one that is rare and contrasts the fad-focused irony that's trendy right now in the indie scene.

Emotional authenticity is the current that runs through Edwards’s songs, meaning feeeeeeelings are at the forefront of this album. Often in the indie scene, it’s easier to snark than to be sincere. “I used to be a lot more closed off talking about my feelings, specifically what I needed and wanted from people,” says Edwards. “Working on this record was an exercise for me to fearlessly feel, as I think that there is power in being emotionally vulnerable.” Lisa Prank’s lyricism serves as a reclamation of male-dominated pop punk’s past and a reminder that expressing your emotions is not a sign of weakness. Edwards finds inspiration in talk albums as disparate as Blink-182’s Enema of the State and Kathleen Hanna’s Julie Ruin. Although these musicians seem astronomically incompatible, they share a similar collective noisy angst. On Adult Teen, Edwards draws from this youthful sensitivity and reshapes it into something that is entirely her own, showing us that there is power and beauty within raw emotion, self-awareness, and compassion.