“Semper Femina” is Deeply in Love with All Things Women

In introducing the episode of her podcast Reversal of the Muse, in which she interviews Dolly Parton and Emmylou Harris, Laura Marling says, “This is a conversation in which I sound like a quivering wreck,” and, “They weren’t quite prepared for my level of unprofessionalness.” It’s as preposterous a characterization as would it be for Zadie Smith to say, “I met Jhumpa Lahiri today; too bad I couldn’t get my act together and ask a decent question.” Smith and Lahiri are legends, legendarily and equally eloquent and composed. Marling is 45 years younger than Harris and Parton, and hasn’t permeated the musical zeitgeist like they have, so a natural gap in experience comes through in their interview. But, in no uncertain terms, she is a legend in the making. No amount of coy English self-deprecation can cover the fact that the singer and guitarist, all of 27 yet already a three-time Mercury Prize nominee, actor, and producer, is a rock star. Her sixth studio record, Semper Femina, is, perhaps more than anything, the work of a consummate professional.

Marling released Alas, I Cannot Swim, her 2008 debut, as a teenager. It’s worth pointing out her age because the accomplishments of that record, and the five that have followed, are mind-boggling. Her creative fuse, and her propulsive, perpetual desire to question, explore, explode, and rebuild her own place and perspective in the world through her music, would be stunning in an artist triple her age. The statement she released announcing Semper Femina references her original desire to queer the male gaze for this record, to write songs about women through the eyes of a man. But she scrapped that idea, choosing instead to embrace her own point of view.

This is a collection of songs by a woman, for women, and deeply in love, in all its forms, with all that “woman” means. (“Semper femina,” taken from Virgil’s Aeneid, means “ever/always is a woman.”) The album’s thesis and its standout, “Nouel,” is nothing short of a love letter—to its languid, eros-laden subject, to the “fickle, changeable” thing a woman ever is, and to the voyeur/singer herself. Marling may search deeply on Semper Femina, but there’s no quivering about it. Her gaze, her voice, and her hands are all steady. 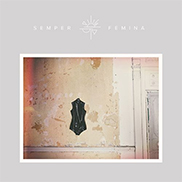 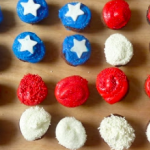