Sense8's Christmas Episode Put Queer Happiness on the Table for 2017 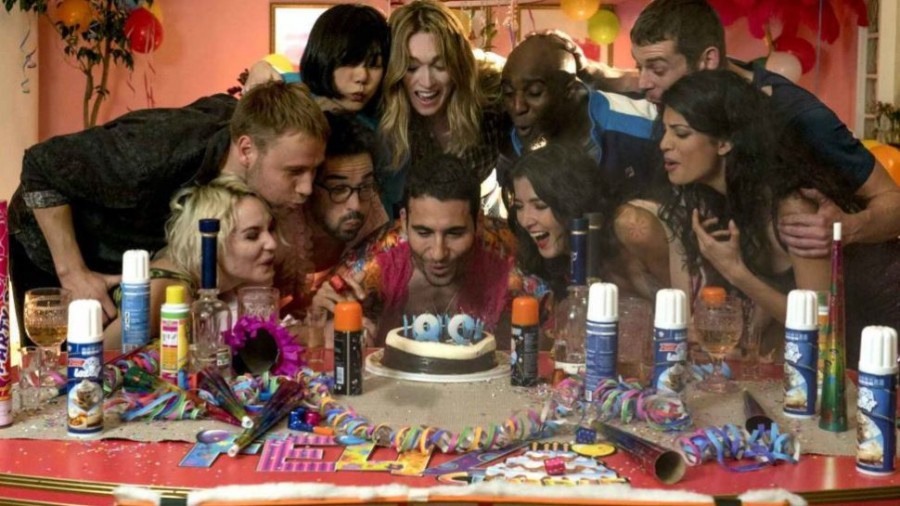 When the Netflix sci-fi series Sense8 premiered in 2016, it was instantly embraced by the queer community as a show which managed to create a necessary universe that was nuanced and politically sensitive. The drama, created by the Wachowski sisters and J. Michael Straczynski, follows eight strangers in different global cities who share a psychic bond. Season 2 doesn’t premiere until May 2017, but in December, fans were treated to a preview in the form of a 2-hour Christmas special.

Sense8 has everything we just don’t see enough of in popular culture, especially in science fiction. Every decision the writers take to emphasize the global, empathetic connection between humans is connected to rightful representation: A trans character is played by a trans actor, sketched out by a trans writer. The show is filmed in cities where the actual storylines take place—Seoul, Mumbai, and Mexico City, among others—and the supporting actors and background cast are mostly from these locations. (So, for a change, Nairobi isn’t portrayed as a desert backdrop peopled with an all-white cast.) Most important, it handles sexuality in a way that is rarely seen on TV: It represents not just queerness but also queer happiness.

The series has been criticized for this attention to representation: it’s been called too heavy handed, too focused on being “a lecture on gender equality, religious hypocrisy and LGBT rights.” It’s an occupational hazard for shows that aim to buck status-quo casting and portrayals to automatically be politicized: When audiences aren’t used to seeing trans actors in portraying trans roles, or not used to a cast that features more than one queer person of color, a show like Sense8 is deemed to be preachy—when really, it’s just showing us what television can be if it chooses to be.

And Sense8 absolutely acts on what it chooses. If ever there was a doubt about the show’s intentions to represent queerness and queer happiness in Season 1, two pivotal scenes from the Christmas special made sure to amplify the point. One is a birthday scene: All eight sensates are connected by being born at the exact same time; in the year depicted, they share “the moment they took their first breath” by spiritually visiting each other to dance (to an excellent soundtrack, I must add) together. This celebration of togetherness amidst troubled times is how I know happiness has been missing in narratives that need it most. Then there’s the scene that follows, a postparty birthday orgy—another celebration before they face the storm. Lana Wachowski has stated that she believes all the characters are pansexual, and Sense8 doesn’t hesitate to exemplify this. In season 1, the much-talked-about sensate sex scene had four of the main cast as participants; the Christmas episode had all eight, along with their partners. When I say these scenes represent queerness for me, I mean they embraces fluidity intrinsic to my queer utopia. This fluidity is not the privilege of those who claim to neither need nor believe in labels; it employs labels but also aims to destroy the rigidity of sexuality, specifically heterosexuality.

These scenes and their depiction of happiness are important for two reasons. First, this happiness is shared: A sense of community and family is what is often missing in media and literature when writers succumb to tokenism by introducing one diverse character in a predominantly straight, white, and cisgender cast. Here’s an ill-kept secret: Queer people hang out with other queer people. We whine about representation with each other, we ethically leer at other queer people amongst ourselves, we like finding other queer friends to literally join the club.

The other reason this happiness is so appealing is because it is rare. Here are eight people who must navigate their own individual lives and problems while also battling a communal archnemesis who wants to kill them all, and yet they find moments of unadulterated happiness and joy. This is not happiness that just happens to be queer, this is happiness entrenched in queerness. They are happy not in spite of their queerness, but because they’re queer and they’re here and they’re fighting.

As we all know, if there’s a queer character on a TV show or a movie, they are more likely to die than any other character (Odds are riskier for queer women of color). Since 1976, at least 172 queer women on TV have been killed off. (Autostraddle released detailed statistics on this, including a list of all the dead queer women on TV.) We are not used to queer survival on screen, and we’re definitely not used to it off-screen. Hurdles to happiness come from interference everywhere—from the state, from people with guns, from coworkers and neighbors and people we sit next to at Christmas dinners. And, as Sense8’s Nomi notes in Season 1, the worst kind of hate comes from within ourselves, because of what we’ve seen and are taught.

Representation of queer happiness in media can no longer escape being political or preachy, because this happiness is no longer complacent. In spaces where they can’t be found, happiness and survival become resistance, and this resistance is more important than ever because so little has changed. 2017 may be the year America joins the list of countries that have demagogues ruling them, but it’ll be a year we continue fighting against them. And maybe, just maybe it’ll also be the year we cease to be surprised by trans women playing trans women on screen, and Koreans playing Koreans, and no one dying. 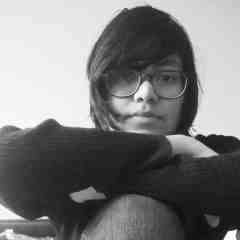 Sreshtha Sen  is a writer and poet from New Delhi, India and one of the editors of The Shoreline Review, an online journal for South Asian poets. She studied Literatures in English from Delhi University, and is currently completing her MFA from Sarah Lawrence College.