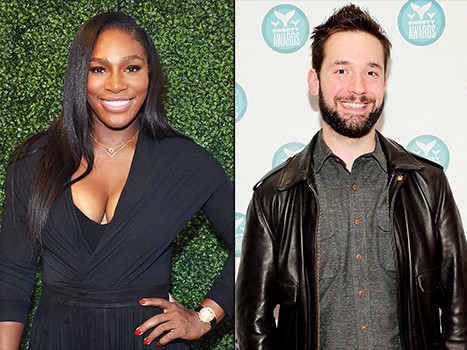 For years, interracial couples were depicted in popular culture as novelties or provocateurs. But now such couples grace the screen with little to no commentary about their racial makeup. At some point during the past decade, Hollywood decided that mixed couples just aren’t controversial anymore. On shows such as ABC’s How to Get Away With Murder, nearly every character has had an interracial relationship. And reviews of Loving, the biopic about the couple who took their fight against anti-miscegenation laws to the Supreme Court in 1967, suggest that interracial marriage today is unremarkable. The implication is that outrage over miscegenation is passé. Interracial relationships are the new normal, or at least not abnormal enough to be noteworthy.

The reality tells a different story.

When Serena Williams announced her engagement to Reddit cofounder Alexis Ohanian, she faced attacks from white racists and some African Americans, disappointed that the tennis star planned to wed a white man. The former disparaged Williams in the comments section of news stories about the engagement, calling the athlete “ugly,” a “man” and imploring her not to breed with her fiancé. The latter took to social media to call Williams “desperate,” a “bed wench” and to suggest that she’s choosing “to get colonized” by marrying interracially. A black writer named Melony Hill took Williams to task in a screed posted on Urban Twist.

“You’re okay with taking what should be generational black wealth and giving it back to the oppressor, cool,” Hill told Williams in the letter. “You want to twerk for black men and marry white ones, cool. You want to lie down with those who raped, beat and separated your ancestors? Cool, just don’t ask for my support or respect.”

Slavery’s legacy is one reason that black women consider romantic relationships with white men to be particularly taboo. In her 1979 novel Kindred, Octavia Butler expertly demonstrates how the spectre of slavery haunts such relationships by having the protagonist, Dana, a modern-day  black woman married to a white man, enter a time warp that transports her back to the plantation where her ancestors live. For Dana’s family line to continue to the present, she must convince one such slave ancestor to submit to sex with the predatory and abusive son of a plantation owner. The history of sexual abuse between women of color and white men, documented in slave narratives such as Incidents in the Life of a Slave Girl and Louisa Picquet, the Octoroon, no doubt contributes to the fact that black women today are much less likely to enter interracial marriages than their male counterparts.

The Pew Research Center found that in 2013 more than double the amount of black men (25 percent) than black women (12 percent) married a non-black partner. While the mainstream media has used such statistics to suggest that black women aren’t sexually desirable, black media has dug deeper, considering that the legacy of sexual abuse during slavery has made black women reluctant to cross the color line for romance. And yet suggesting, as Melony Hill did, that Black women betray their ancestors by partnering with white men,  imposes a double standard, since black men aren’t held to the same standard despite the fact that white women also played roles in the beatings and fracturing of slave families. The widespread notion that black male sexuality posed a threat to white women could and did get African American men lynched during slavery and afterward. Yet this history isn’t typically exploited to accuse black men who wed interracially of betraying black women.

In Williams’s case, the slavery argument is spectacularly misplaced because her fiancé’s ancestors were not American slaveholders. Ohanian is the son of a German immigrant mother and a Armenian American father whose family settled in the United States following the Armenian genocide. In the rush to paint Williams as a race traitor, her critics have focused more on her fiance’s skin color than his actual ethnic heritage.

The tennis star’s fans rushed to defend her after news of her engagement broke, pointing out the hypocrisy of such criticism: 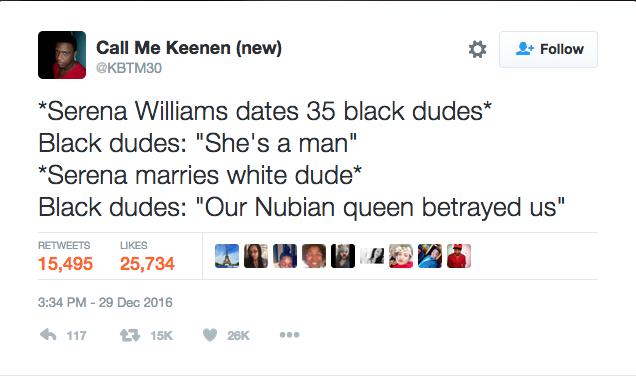 Black feminist Mikki Kendall tweeted out a similar opinion, pointing out that “the same dudes that called her ugly are mad she’s engaged to a rich white guy?” Other black women noted that since black male athletes marry white women all the time, it is unfair to accuse one female black athlete of betrayal for doing the same.

These remarks prompted several black men on Twitter to insist that that they’d never criticized Williams’ looks and argue that white men were the group most likely to do so. They have a point. Racist trolls have a well-known history of comparing tall, dark-skinned Black women like Williams, Michelle Obama and Leslie Jones to monkeys and apes. However, colorism remains a serious issue in the Black community, with research indicating that light-skinned black women are more likely to marry than dark-skinned Black women. Rappers such as Lil Wayne and Kanye West haven’t kept quiet about their preferences for light-skinned or biracial Black women, and women who resemble Williams rarely portray love interests in black films, TV shows or music videos, which is why it was remarkable last summer when two dark-skinned actors, B.J. Britt and Denée Benton, starred as a couple in the second season of Lifetime’s UnReal, a satire of the Bachelor franchise.

It’s worth arguing that a more legitimate critique of Williams’s betrothed is not that he’s white but that Reddit is a hub “for angry white dudes,” as one Twitter user put it. In 2012, Gawker’s Adrien Chen unmasked one of the site’s most stomach-turning trolls; by March 2015, the number of white supremacists flooding Reddit was increasingly hard to ignore. Keegan Hankes, a research analyst at the Southern Poverty Law Center, which tracks hate groups, told Salon that because Reddit has little oversight, racists were using the site to post graphic footage of blacks being brutalized and murdered. Some subcommunities on Reddit focus exclusively on perpetuating stereotypes of black people, and well-known white supremacist Richard Spencer even took part in a Q&A session on the platform in 2014.

After Donald Trump’s election in November, the Subreddit of the Day community profiled the AltRight subreddit, giving the group of white nationalists an even bigger stage on which to share their reprehensible views. Reddit CEO and cofounder Steve Huffman told Vox that he was disappointed by the move, but didn’t say that the website would take steps to keep white supremacist groups out of the spotlight in the future. Instead, he stressed Reddit’s role in “ensuring that our platform allows authentic engagement and conversation to take place at a time when it’s needed most.”

If Williams should face any questions about her fiancé, perhaps they should be about what it means that he cofounded a website that’s become a magnet for white supremacists, not to mention misogynists and anti-Semites. She and Ohanian announced their engagement on Reddit—but do they plan to make the site less comfortable for the very people most likely to object to intermarriage and to dehumanize African Americans? 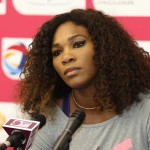 The past year saw numerous displays of political protest at in professional athletics.