Before Serena Williams, There Was Champion Tennis Player Althea Gibson 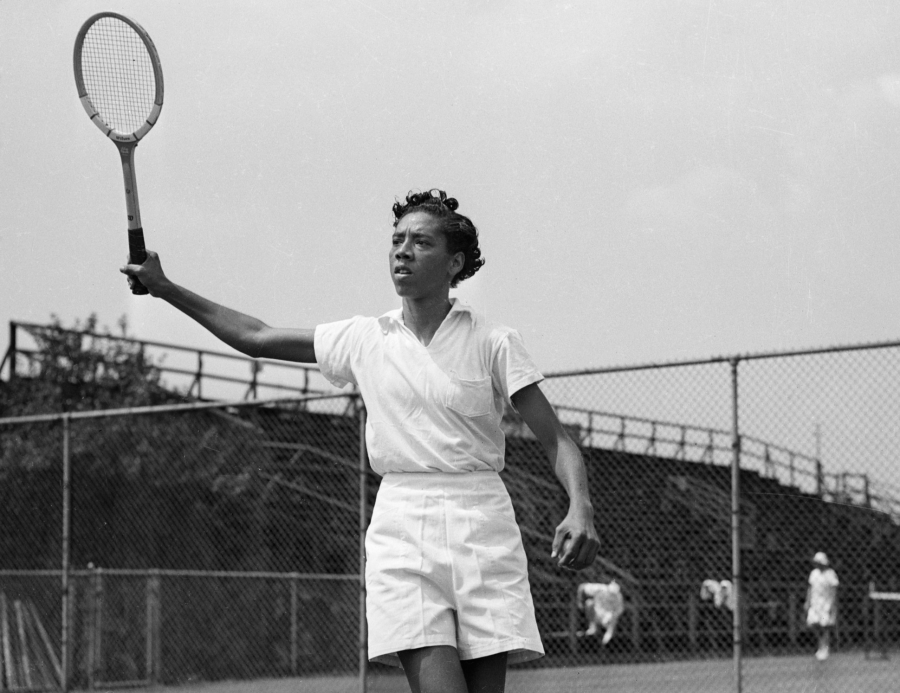 During a recent trip to the post office, I was elated to buy several sheets of Black Heritage stamps that showcase Althea Gibson. On the stamps, she reaches across her lean, 5’ 11’’ body to wallop a low volley. The first African American to win the singles crown at Wimbledon in 1957 and 1958, Gibson emerges as a confident, complex and uncompromising figure in the PBS American Masters documentary, Althea, which premieres nationwide on Friday, September 4.

The broadcast airs during a crucial moment. This week is the U.S. Open, where Serena Williams—the top women’s tennis player on the planet—is poised to win every Grand Slam title in a single year. She’s already won the Australian Open, the French Open, and Wimbledon. Winning the U.S. Open will put her in the same distinguished category as tennis great Steffi Graff, who was the last tennis player to accomplish the astounding feat in 1988.

This month, in a cover story for the New York Times magazine, Williams paid tribute to Gibson (1927-2003) for her role in integrating the historically white of world of tennis. “Zina Garrison, Althea Gibson, Arthur Ashe and Venus opened so many doors for me,” Williams told writer Claudia Rankine.

Althea is directed by Rex Miller, the cinematographer for The Loving Story (2011), an award-winning HBO documentary about an interracial couple whose landmark 1967 Supreme Court case, Loving v. Virginia, prompted the repeal of anti-miscegenation laws. In this new film, Miller utilizes impressive montages of still photographs and archival footage to give voice to the hardships that Gibson’s parents, who were itinerant sharecroppers in South Carolina, suffered in the reign of Jim Crow. The photos and videos show endless fields of cotton to pick, menacing white overseers, and dilapidated shacks from which impoverished Blacks were routinely evicted at whim.

In 1930, the Gibson family joined the wave of Black migrants who fled Dixie for better opportunities in the North. Gibson flourished in her Harlem neighborhood where she gained fame for her prowess in then police-funded sports programs for youth, especially paddle ball. In a 1984 interview, Gibson, resplendent in a green track suit, recalls playing paddle ball all day long, with the net stretched across the asphalt in front of her apartment building. 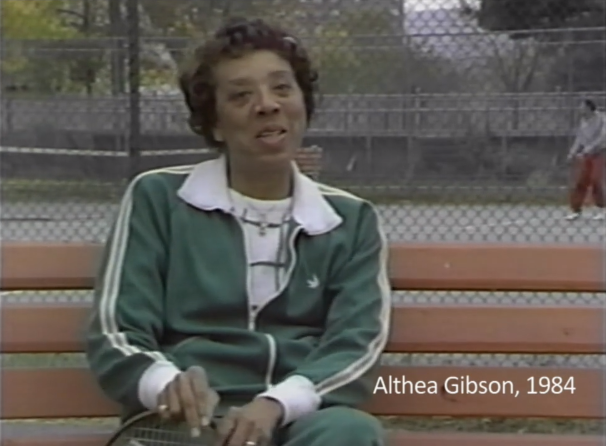 Her athletic talents were soon affirmed by community leaders, who ushered her to the Cosmopolitan Club, a private, all-Black lawn tennis organization in New York. While Gibson thrived on the club’s pristine tennis courts, she rebelled against the prissy social protocols and genteel aspirations of the Black elite. About her behavior, on and off the court, Gibson proudly declares, in the film, that she was “aggressive, dynamic, and mean.”

Gibson’s father also pushed back against social expectation—Althea was an unrepentant truant who played hooky from age 12 to 18, and her father schooled her in boxing techniques and encouraged her “tomboy” leanings. The aristocratic Blacks who became Gibson’s mentors insisted that she stop frequenting pool halls and instead complete her education as she rose through the tennis ranks. Gibson would go on to graduate from the historically Black Florida A &M University at age 27. Despite her academic success, she was never comfortable with the Black intelligentsia and reveled in her status as a “street fighter,” throughout her life.

The film also probes the lesbian rumors that trailed Gibson throughout her career. Noting Gibson’s liaisons with men—though she was twice married, one union admittedly for “convenience”—Buxton dismisses speculation about her friend’s possible lifestyle.  Herself the target of a widely publicized “palimony” lawsuit and gay-baiting before she came out of the closet in 1981, in the documentary tennis legend Billie Jean King delivers a testy retort about lesbianism in sports and effectively side-steps the issue of Gibson’s sexuality.

By 1957, Gibson had vanquished the odds against her race, gender, and class to claim the women’s singles title at Wimbledon. Poignant footage depicts a beaming champion, seated in a convertible car draped in ticker tape as people lined the streets to cheer her on during a victory parade in Manhattan. 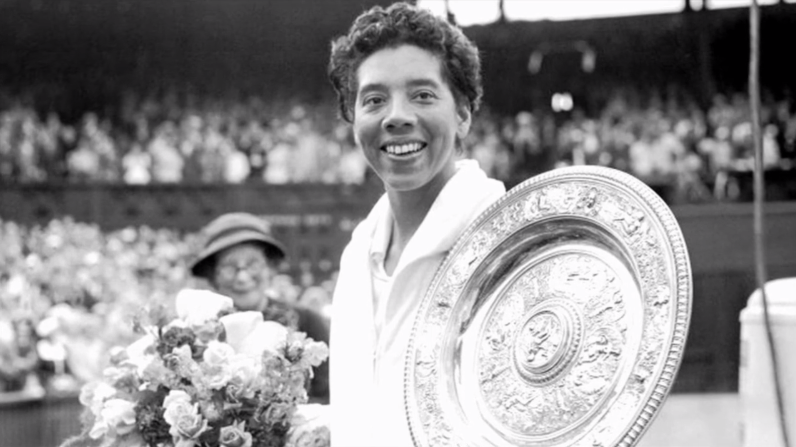 However, in an era before corporate sponsors and product endorsement deals became major players in sports, Gibson’s tennis triumphs did not translate into financial security. As a friend aptly notes in the film, “Althea could not eat a crown.”

In an effort to keep hunger at bay, Gibson, who was an amateur singer, recorded an album, toured with the Harlem Globetrotters and, in 1964, joined the Ladies Professional Golf Association (the first Black woman to do so). Still, she could not make ends meet.

Sacked with ill health and weary of her economic woes, the documentary reveals that in the mid-1990s, Gibson had resolved to kill herself. In addition to insights from Gibson’s Black tennis hitting partners, coaches, and friends, Althea features Angela Buxton, a Jewish, British tennis player who first befriended Gibson in the 1950s. The pair later played doubles and Buxton was quick to intervene when she learned that the tennis champion was plotting suicide. Wearing a string of pearls, 81-year-old Buxton notes that she found in Gibson a beloved “kindred spirit.” ”We were like soul mates,” she says.

Buxton's fundraising on Gibson’s behalf netted more than $1 million that enabled the former champion to live comfortably, at her home in New Jersey, until her death in 2003 at age 76.

A bittersweet film that underscores the myriad costs of breaking color lines and glass ceilings, Althea brings Gibson out of the shadows. No matter the outcome at the U.S. Open, the documentary offers viewers a better understanding of the shoulders on which Serena Williams stands. 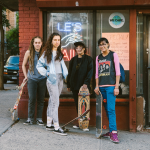 by Catherine Gonzalez
“The skate park might no longer be a man cave of refuge anymore."