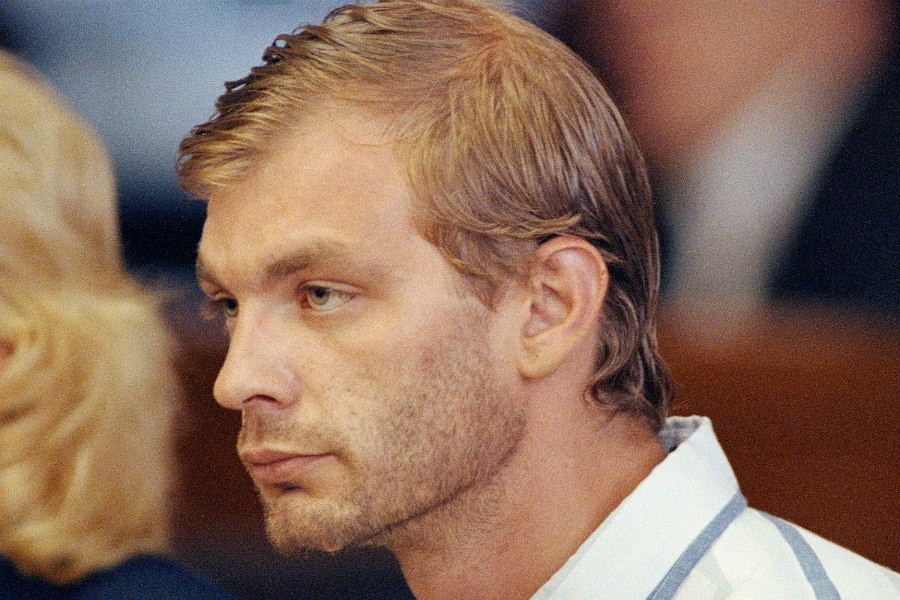 Their declarations of lust and love wouldn’t seem out of place on a message board for the newest chart-topping boy band of the month. But these devoted fans are not beguiled by harmonized pop songs or synchronized dance moves: They’re obsessed with serial killers. A simple search for “serial killer fandom” on Tumblr uncovers a plethora of accounts that range from true crime lovers to unrepentant “fans” of notorious murderers such as Jeffrey Dahmer, Richard “The Night Stalker” Ramirez, and most recently, white supremacist Dylann Roof.

On a Tumblr named “jeffrey-is-a-babe,” a post from user irishcreamandhalcion declares, “I don’t want to slut shame, but Jeffrey Dahmer didn’t lose his virginity until he was 25 years old, and before his apprehension at age 31, he managed to sleep with over 200 dudes. Daaaamn, Dahmer.” In response to this post, jeffrey-is-a-babe replies, “Babe got busy.” Dahmer brutally murdered 17 men—many of whom were African American—between 1978 and 1991. He was also a necrophiliac who kept souvenirs of the dead, including photographs and their skulls. In 1991, he was caught, arrested, and sentenced to 16 life terms, and was beaten to death by a fellow inmate in 1994.

For many people, Dahmer’s unspeakable brutality would constitute overwhelming disgust, rather than the impulse to set up an internet shrine. On the other hand, the gruesome crime scenes and the killers themselves have an unmistakable allure for fans of serial killers. 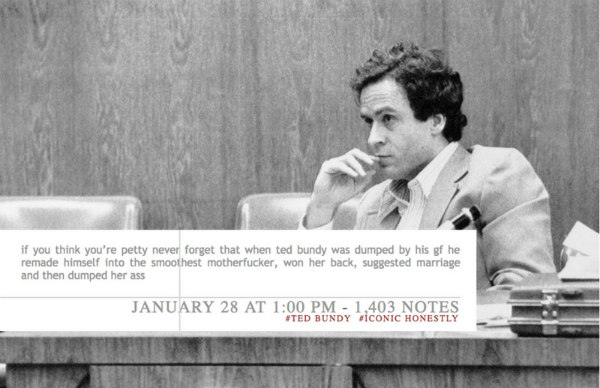 True crime Tumblr blog “ted-buddy” discusses Ted Bundy with playful admiration, as though the serial killer and rapist were a harmless internet meme. In a post, a user says, “If you think you’re petty, never forget that when Ted Bundy was dumped by his [girlfriend] he remade himself into the smoothest motherfucker, won her back, suggested marriage, and then dumped her ass.” The post includes the hashtag “iconic honestly,” though Bundy admitted to killing 36 young women while authorities believe that his death count is closer to 100.

Why are women, especially young women, stanning for these men, despite full knowledge of their twisted and fatal transgressions? There’s not one core thread linking all women who have fallen in love with serial killers. David Schmid, author of Natural Born Celebrities: Serial Killers in American Culture and an English professor at the University at Buffalo, concludes that some of these women initiate a courtship with serial killers because they believe they can “save” them. “The savior complex is definitely an important part of the phenomenon,” Schmid says. “Another element is the appeal of the ‘bad boy’ taken to its logical (if appalling) conclusion. Not surprisingly, many of the women who form these attachments to serial killers have also been in abusive relationships.”

How could women who have suffered abusive relationships become enamored with the likes of Dahmer and Bundy? “Believe it or not, many of these women say that their relationships with serial killers are the safest/healthiest relationships they’ve ever been in,” Schmid adds. “Why? They always know where their men are and so those men can’t cheat on them; because many of them are prevented from having any physical contact with these men, they can’t be physically harmed/abused by them; they are essential to the emotional and physical well-being of these men, so these women feel needed.” 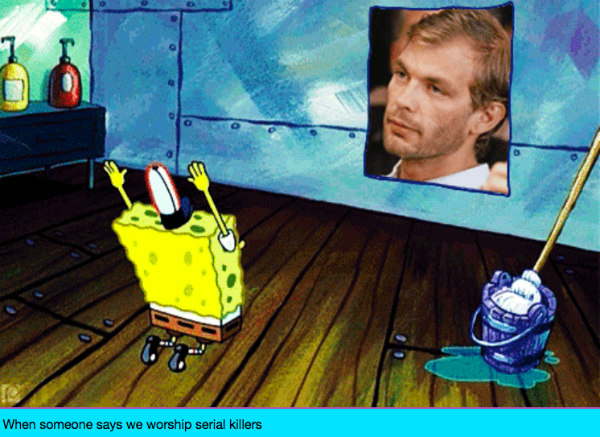 Some of them women could also have hybristophilia, which Dr. Katherine Ramsland, a prolific author and forensic psychology professor at DeSales University, identifies as “a condition in which sexual arousal arises from being with a partner who is committing or is known to have committed a violent or aggressive illegal act such as rape, murder, or armed robbery.” These infatuations are also rooted in fantasy since the idea of a person is so much more desirable when you can mold their image in your favor. According to true crime writer Stephen Michaud, co-author of Ted Bundy: Conversations with a Killer, “Serial sex killing always begins with the fantasy.” Michaud cites Bundy’s wife and the mother of his daughter, Carole Boone, as an example of a woman who became complicit in their partner’s misdeeds.

Boone and Bundy began dating while he was in the sentencing phase in Florida. Despite Bundy’s initial conviction on three murders, Boone stood by him. Psychology Today notes that Boone testified for Bundy during the penalty part of his 1980 trial. Boone eventually married Bundy—right before he was sentenced to die via the electric chair. “Boone he knew before he was ever implicated in anything, and she, at least at first, came to the aid of a friend. She thought Ted was getting railroaded,” Michaud explains. “Then they moved in a new direction together before Carole finally figured out that ‘Bunny,’ as she called him, really was a sex killer.”

Women pursuing serial killers is certainly not a new occurrence, but social media has made these fandoms even more accessible. 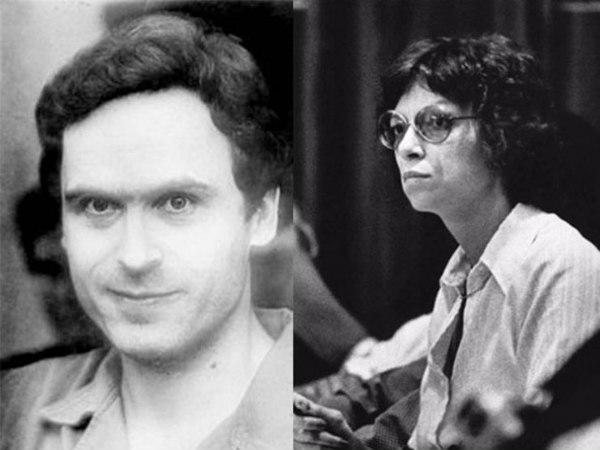 Photo via The Associated Press

BuzzFeed News reporter Ryan Broderick showcased the specific internet community devoted to James Holmes, the Aurora movie theater shooter, who was convicted of killing 12 people in 2012. These fans of Holmes—who adopted the name “Holmies”—bond in Tumblr and chat rooms, expressing their admiration through fan art. Twitter is another fascinating way these “fans” connect. True crime Twitter account, @DailyKillerFact, routinely posts about infamous killers such as Ramirez, Bundy, and Dahmer. Followers, like Twitter user @Noura90sm (who wishes to remain anonymous), aren’t afraid to tweet their fascination with these killers.

@Noura90sm said they’ve been a “fan” of serial killers for at least 13 years. Dahmer was a more alluring figure than some of the other killers they’ve researched, namely because he represents “a lost boy who turned to a cannibal monster.” Although they don’t agree with Dahmer’s actions, they believe that his killing spree could’ve been prevented if he’d channeled his urges into a job that offered proximity to death, such as working in a morgue or becoming a blood analyst. “[Dahmer] turns to a monster due to heavy drinking,” they said. “I always feel if only he had someone that loved him so dearly or just been there on his troubled times then he [wouldn’t have] drank that much and [lost] his mind.”

The advancement of technology, namely social media, hasn’t spurred an increase in serial killer fandom. However, it has created a certain level of visibility. “The media does not have the power to create these markets out of thin air,” Schmid says. “Instead, they develop markets that already exist (and in doing so, both help them grow and shape their direction and content).” In other words, social media may make it easier for like-minded aficionados to join together. Schmid summarizes, “Visibility, rather than merit, is what counts.” 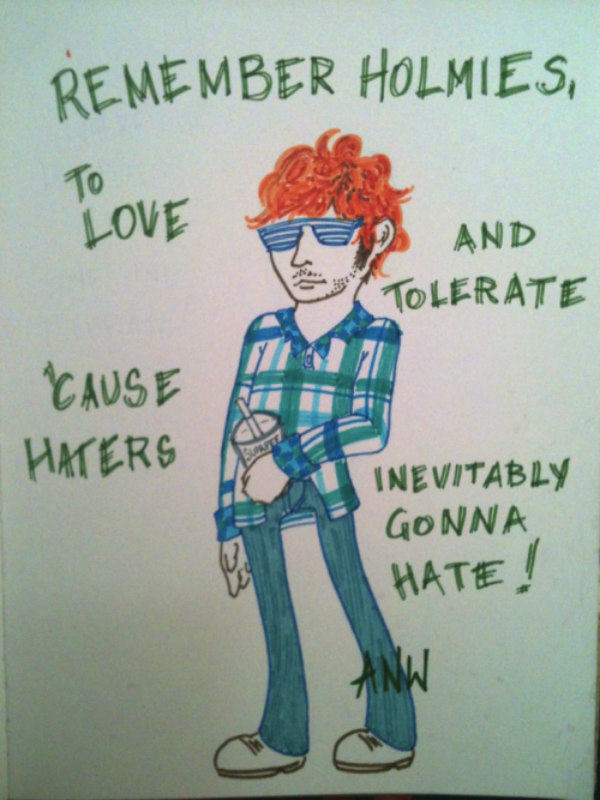 Social media has allowed fans and casual bystanders alike to unite without compromising their anonymity. For people such as @Noura90sm, social media provides more of an archeological dig than an outlet for unabashed fan worship. “In Tumblr for example, there are accounts that worship some killers based on looks and women are most likely to be fans. I don’t know how could a person think or how do they like these killers,” they said. “For me, I may look like a fan or a supporter but really I am just researching for myself, as I have been always fascinated by human body and mentality.”

Not every person with an interest in serial killers is inspired by or admires them.

However, the seeds of fascination can easily prosper with the unfiltered presence of social media. Platforms such as Tumblr and Twitter allow fans to find comfort in numbers. The vast reaches of the internet allow these anonymous aficionados to flock together and unify like a stigmatized support group. Although the crimes of serial killers are labeled evil by default, it doesn’t deter society’s interest in the killers themselves. Getting inside the mind of a convicted killer certainly seems terrifying, but this fear is part of the incentive to analyze and dissect their psyches. It’s a way of touching the darkness without fully losing oneself in the abyss, of inhabiting depravity without fully shedding one’s humanity.