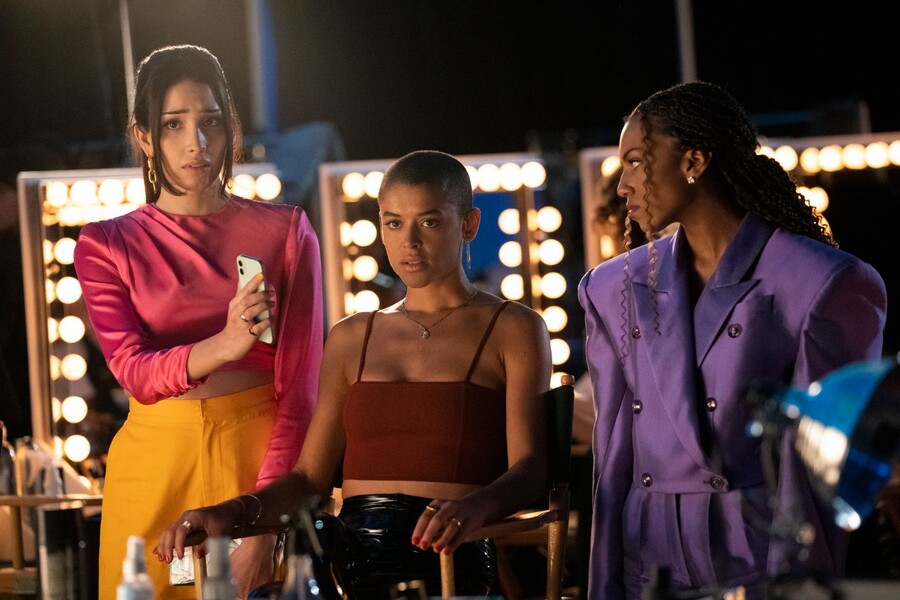 To say that New York City has had a rough 16 months would be a gross understatement. With more than 780,000 COVID-19 cases, more than 100,000 hospitalizations and, most tragically, more than 28,000 deaths, the city has been devastated by the global pandemic. Unemployment’s soaring, tourism has evaporated, and a city known for its effervescence and sleeplessness has been put on continual hold. In August 2020, the New York Times estimated that one-third of all small businesses may never open again. And while vaccines have made it so the United States can slowly reopen, NYC’s overall recovery remains slow. So HBO Max has concocted an intermediate remedy to recapture and preserve the city’s magic: rebooting Gossip Girl and reviving Sex and the City as And Just Like That…, and, allegedly, making them queerer than ever.

The promo for 2021’s Gossip Girl provides no shortage of sexual proclivities and seems to deliver on executive producer and showrunner Joshua Safran’s initial promise that this iteration would showcase far more diversity and be “extremely queer.” Meanwhile, And Just Like That… has cast Sara Ramírez as Che Diaz, “a nonbinary, queer stand-up comedian…whose outrageous sense of humor and progressive, human overview of gender roles has made them and their podcast very popular.” These new casting decisions look to redress each show’s ubiquitous white heterosexuality. Aside from a fleeting threesome featuring Hilary Duff, Eric van der Woodsen’s (Connor Paolo) sexuality was the only queerness explored on the original Gossip Girl, though it was intertwined with struggle and trauma.

And while Sex and the City featured several openly gay characters, including Stanford Blatch (Willie Garson) and Anthony Marentino (Mario Cantone), our four protagonists—Carrie (Sarah Jessica Parker), Charlotte (Kristin Davis), Miranda (Cynthia Nixon), and Samantha (Kim Cattrall)—were swiftly punished for even thinking about deviating from heterosexuality. When Samantha, the show’s most sexually active and sex-positive lead, began dating lesbian artist Maria (Sônia Braga), her friends were both shocked and inconsiderate. “She’s not a lesbian; she probably just ran out of men!” proclaims Charlotte, whose own flirtation with a powerful lesbian clique was written as a direct response to her disappointment with the men in New York’s dating pool. Carrie, a suspiciously successful sex columnist, finds dating a bisexual man confusing and far too overwhelming for her sensibilities. “It’s greedy double dipping,” concedes Miranda, who once pretended to be gay in order to impress her boss during a work baseball game.

It therefore makes sense that both shows want to update their politics, stepping in line with a progressive zeitgeist that demands adequate representation and celebrates moving away from white homogeneity. It doubly makes sense to center non-white and queer subjects in New York’s backdrop; it’s a city infamous for its vast diversity and heavily steeped in queer history and organizing. But is all representation created equally? As Gossip Girl and Sex and the City look to give rise to a new queer elite, should we also look to exercise caution? Whether it be the steps of the MET on the Upper East Side or the opening of a new bistro in the West Village, Gossip Girl and Sex and the City are both narratives framed entirely by the glorification of the upper middle class. Both shows marinate in extravagance and abundance, where high fashion, garish events, and exclusivity are the prime markers of success (though each show included characters who consider themselves down-to-earth). This marination seemingly fits squarely within the dominant imaginary of queer lives.

“Some of the most ingrained public images of LGBT people are their cosmopolitan, highfalutin lifestyle,” Nathan McDermott wrote in a 2014 article for the Atlantic. But it’s a fabricated truth that disregards the real lived experiences of queer Americans. “Like most stereotypes, the myth of gay affluence is greatly exaggerated,” McDermott writes. “In reality, gay Americans face disproportionately greater economic challenges than their straight counterparts.” We struggle to capture meaningful and truly representative narratives that depict the intersection of queerness and class. The myth of gay affluence, as articulated by McDermott, produces tropes that falsely depict the economic security and success of our queer communities. While it might be empowering to see highly successful queers represented onscreen, it does little to address the statistics that show that queer Americans are nearly twice as likely to be unemployed, that one in four queer Americans faces food insecurity, and that queer youth represent as much as 40 percent of the homeless youth population.

But despite these alarming numbers, we’re still being fed narratives that poor and working class environments are hubs of hatred, violence, and conservatism. Taylor Swift’s 2019 music video for “You Need to Calm Down” offers a visual articulation of this sentiment: Produced as an ode to the LGTBQ community and a campaign for the Equality Act, the video sees Swift in a colorful trailer park surrounded by a chorus of mostly queer celebrities (RuPaul, Ellen DeGeneres, Adam Lambert, Laverne Cox). The tension in the video is created by a group of picketing homophobes, stereotyped as uneducated, derelict “rednecks.” The video “constructs its vision of LGBTQ+ Pride through poor shaming. The tactic dishonors Pride’s origins in the Stonewall rebellion, waged half a century ago by poor and working-class queers,” argues Professor Nadine Hubbs in a piece for Frieze. “[It’s] erected on the stereotype of the redneck transphone/homophobe—a figure that appears in countless cultural instances and is rendered lethal in movies such as Boys Don’t Cry (1999) and Brokeback Mountain (2005).”

The dominance and reproduction of this narrative can jeopardize how queers navigate our spaces and identities. First, it centers queerness in spaces that are either inaccessible or elitist (such as universities or metropolitan cities) and creates an unhelpful dichotomy when thinking through progressive politics. It’s simple to construct an imaginary world where small rural towns are conservative and hateful while conveniently ignoring that wealthy elites (Donald Trump, J.K. Rowling, Caitlyn Jenner) are fueling political agendas that truly threaten vulnerable queer communities. Second, it limits and distorts the representation of poor and working-class queers. “For femme and working-class women, we have historically been represented as anything but gay. I never saw any femme queer women on reality TV growing up,” writes Victoria Gill on coming out as queer. “There still seemed to be an invisible barrier to queerness for me that my middle-class peers did not have. They were well versed in cultural capital and queer theory from the books they’d read.” And finally, it stifles our ability to produce a class consciousness and build proper solidarity with the poor and working class.

A mainstream preoccupation with affluence and elitism steers the course of our queer representation, selling us an American dream of waspish respectability, unlimited purchasing potential, and a newfound proximity to the state apparatus through an accumulation of power and wealth.

Instead, a mainstream preoccupation with affluence and elitism steers the course of our queer representation, selling us an American dream of waspish respectability, unlimited purchasing potential, and a newfound proximity to the state apparatus through an accumulation of power and wealth—a drastic departure from the radical deviant queers of the ’70s and ’80s. While Gossip Girl and Sex and the City can certainly diversify their casts and characters for a post-2020 audience, their narrative architectures will remain the same; extravagance and elitism are built and maintained by hierarchy and exclusion—the logics of white supremacy—which very much continue to dictate the social inequities of New York City and our greater world. After the year the city had, with COVID exposing the inherent racial and class-based disparities woven into the fabric of our political and economic systems, what does it mean for television to continue to glorify the elites? Gossip Girl showrunner, Joshua Safran, has vowed that the reboot will address privilege in bold new ways. Only time will tell how the new iterations of Gossip Girl and Sex and the City negotiate the delicate and oft overlapping intricacies of race, sexuality, and class. But during a time when Pride has flipped from protest into parade, when community collective action has been sanitized by corporate cooptation, it seems that queer has successfully asserted itself as the most exciting new marketing strategy. Does this new wealthy wave of sexual freedom signal a revolution or an assimilation? I couldn’t help but wonder: Was the rise of the queer elite a sign of progress, or propaganda?

Read this Next: “Catfish” Still Has Lessons To Teach Us 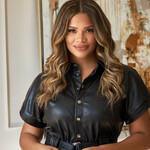 by Evette Dionne
There’s no better time than quarantine to really understand why people end up talking to people for long periods of time without meeting in person.