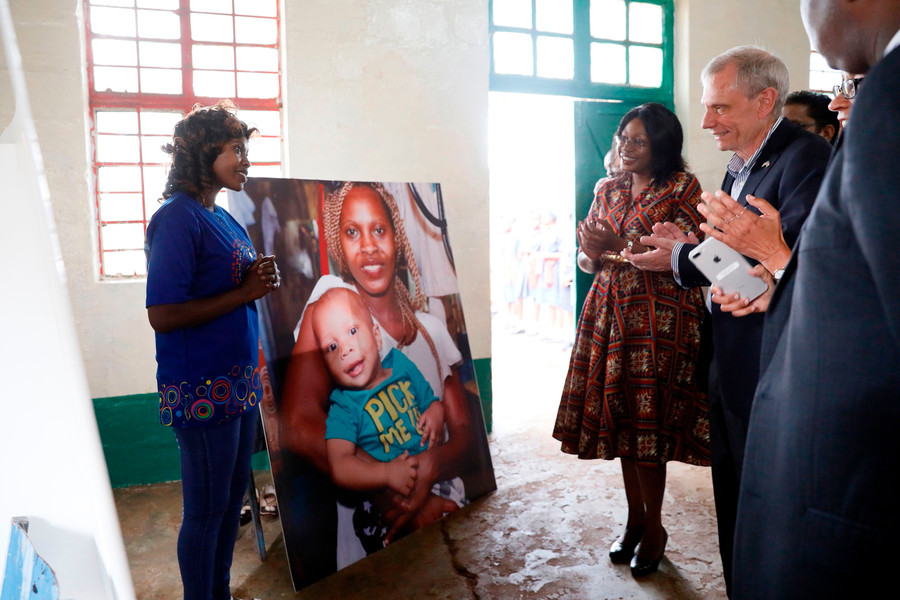 In 2003, the federal government rolled out the policy that required international aid organizations that received United States Agency for International Development (USAID) funds to fight human trafficking and HIV/AIDS to adhere to a pledge. The President’s Emergency Plan For AIDS Relief (PEPFAR) was created to address the international AIDS crisis. It prevents the distribution of U.S. dollars to organizations working abroad that don’t “have a policy explicitly opposing prostitution and sex trafficking.” PEPFAR was rolled out during George W. Bush’s tenure—a high point in the coalition of anti–sex-work feminists and faith-based right-wing groups like the Family Research Council.

On March 25, the Supreme Court will be revisiting this anti-prostitution pledge for a second time, on the grounds that it violates the First Amendment. The explicit goal of PEPFAR was to curb prostitution, which it identified as a factor in the spread of HIV; according to Bush, prostitution itself was an “inherently harmful and dehumanizing” act. The anti-prostitution pledge was one of a host of right-wing agenda items that were bound up in the initiative, including promoting abstinence education. Some groups stressed the potential failure of condoms to justify abstinence. This was in keeping with the administration’s mandating of abstinence-only sex education to lower rates of unplanned teen pregnancy and STIs, despite little evidence that it did so.

Many groups ended up being stuck between a rock and a hard place—either take the money and adhere to values that were at odds with, at bare minimum, harm reduction policies; or forego the money and have fewer resources to continue. In 2013, the peer-reviewed Journal of International AIDS Society published an article analyzing the effects of the policy of aid workers on the ground. It found that some organizations have had to stop taking money from USAID; others stopped working with sex workers as a result of PEPFAR. Either way, sex workers continue to lose out on much-needed resources. One Cambodian group told the New York Times magazine that they were stuck choosing between their partnership with the sex worker union—leadership including two trans sex workers—and the funding. The union suggested they don’t take the money. The leader of the organization said, “I remember one [union leader] said: ‘Do they think we’re worse than dogs? How can they tell us all this time that we have to stand on our own two feet, and now suddenly say they can’t work with us?’”

The high price of HIV treatment means that many who contract the disease can only access treatment through NGOs. The aforementioned Journal of International AIDS Society article lays out the ripple effects of these policies. They are self-censoring, having seen another group audited another organization, taking so much time and resource to handle the demands placed by the U.S. government staffers, so they try to avoid that situation altogether. As a result, they try to find smaller partners to take on these projects, but working and partnering with sex workers is already stigmatized, and many of these groups are vying for the same federal funding. This leads to a shortage of necessary and life-saving care by siloing groups that actually provide such resources. Everyone backs away from anything that may be perceived as “not explicitly opposed” to prostitution.

It must be stated that the sex worker rights movement is sex worker–led. People from sex-work communities who are actually feeling the effects of the AIDS crisis are the least likely to get funding to protect and advocate for their own communities. It’s also worth noting that USAID used HIV/AIDs funding as a bargaining chip to silence groups that would advocate for sex worker rights. This is a classic strategy—leveraging funds to push U.S. strategic initiatives. By extension, it ended up benefiting the very faith-based groups that had supported the program in the first place. The policy also speaks to an old, dehumanizing, and racist trope that sex is “dirty.” Under this framework, it follows that by criminalizing sex work, you can make a population “clean.” This trope extends past sex work. Because gay and bisexual Black men were particularly at risk, the language of dirtiness was weaponized to write off these affected groups. The expectation that groups working abroad be against prostitution is racist, casting sex work as dirty, and driving already stigmatized workers further into the margins.

For a decade, the anti-prostitution pledge was required for organizations working both within and outside of the U.S. Under the Obama administration, the pledge was amended slightly, but still required recipients of funding were “opposed to prostitution and sex trafficking because of the psychological and physical risks they pose for women, men and children.” Though the language changed from “inherent harm” to “potential psychological and physical risks,” the practice of withholding funds still had the same effect—so-called concern for people’s well-being meant fewer funds were given to groups that actually engaged in advocacy for sex worker rights.

By claiming an “inherent harm” in or “potential psychological and physical damage” of sex work, federal policy effectively guarantees harm to the people it claims to protect.

In 2013, a group successfully sued to strike down the aid requirements domestically, arguing that it was a violation of First Amendment rights to withhold funds to influence speech. However, the government maintained that ruling didn’t extend to groups working abroad. In revisiting United States Agency for International Development (USAID) v. Open Society International Inc., the Supreme Court will decide whether or not continuing to require adherence to the anti-prostitution pledge violates their 2013 ruling that the pledge is unconstitutional. The American Center for Law and Justice (ACLJ), a conservative Christian watchdog group, has already filed an amicus brief with the court arguing that “the government can categorically prefer to give money to applicants who formally condemn inherently wrongful activity—such as prostitution and sex trafficking—when opposition to those activities is material to that issue.”

It’s not surprising that the language ACLJ used in its brief conflates sex trafficking and sex work, but the damage done cannot be overstated: By claiming an “inherent harm” in or “potential psychological and physical damage” of sex work, federal policy effectively guarantees harm to the people it claims to protect. It’s interesting to see this policy being revisited. Sex workers and allies have long argued that this policy is harmful—physically and psychologically—both to sex workers and victims of trafficking. Through years of grassroots organizing, the conflation of sex trafficking and consensual prostitution in federal, state, and local policy is coming under fire. Politicians are being held accountable by sex worker-led groups demanding to be heard. The argument that consensual sex work should be decriminalized is gaining ground.

But this comes in direct opposition to the Trump administration’s policy goals. By prioritizing top down anti-sex trafficking policy, and by continuing to keep it separate from other forms of labor trafficking, they continue to funnel money into Christian right groups. The appointment of justices Brett Kavanaugh and Neil Gorsuch to the Supreme Court does not bode well for this case. It was brought after the Second Circuit Court of Appeals filed a permanent injunction “to enforce [the] Court’s decision and remedy the violation of respondents’ First Amendment rights,” interpreting the 2013 decision to apply to organizations working abroad. Regardless, this is a crucial case for smaller, sex-worker–led groups, who’ve had to navigate this anti sex work policy to be eligible for U.S. funding. It would mean that sex worker-led groups fighting for labor rights would have a better chance at being granted much-needed resources—and a chance to turn the tide against the harmful narratives long propped up by U.S. funding policy.

Read this Next: For Sex Workers, Super Bowl Sex-Trafficking Myths Have Consequences 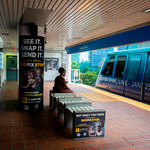 by Padmini Parthasarathy
Arresting those whose work is consensual is not "saving" them.