If “Selling Sunset” Is One Big Happy Family, What’s with the Sexism? 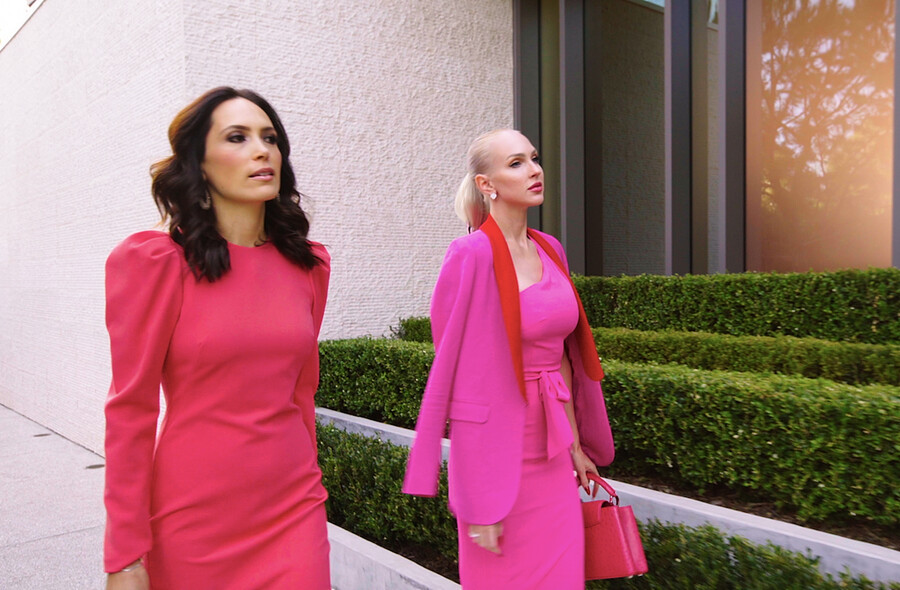 Netflix’s Selling Sunset, now in its third season, follows the machinations of the Oppenheim Group, a high-end real estate firm located on Sunset Boulevard. It’s led by twin brothers Jason and Brett Oppenheim and a collection of agents—all of whom appear to be women. The series offers a glimpse into the gilded world of elite real estate, where properties on the market boast multiple saunas, infinity pools that dissolve into sought-after downtown views, and garages that can accommodate a fleet of 15 cars. And it offers a glimpse into the ways that workplaces that seek to be a “happy family” use that understanding of familial closeness—and responsibility—to mask power struggles. The Oppenheim brothers behave like beneficent patriarchs within this work “family,” alternatively doling out discipline and affection.

They easily flash a smile and express how proud they are of their agents, offering their blessing on personal or professional achievements. But they just as easily chide the agents—and in the open-plan office, this chiding is intended to send a message to the wider team. Oppenheim’s Sunset Boulevard office intends to “engender close interaction and synergy between the agents,” its website states, and the overall design seeks to emulate hearth-like warmth, with “authentic pieces from around the world [that] adorn the walls and shelves, including a Parisian clock from the 1830s.” The office’s reception is even referred to as a living room. The agents treat the office as an extension of their own homes, an experience many of us will recognize, whether in our own work lives or in the “corporate family” as we’ve seen play out in the media.

In the Bon Appétit Test Kitchen, for instance, the façade of an inclusive and happy “fam” masked an unequal workplace in which nonwhite employees and contributors were underpaid, not given opportunities for promotion, and made to feel as if they were acting ungratefully if they ever considered leaving. The Wing’s so-called sisterhood, as proudly emblazoned on the merch promoting the coworking space, similarly hid racial and class-focused issues. On Selling Sunset, this insistence on “being a family” translates into a lack of boundaries: After becoming engaged, Mary Fitzgerald flashes her ring to her coworkers as they form an excited circle around her. Maya Vander learns she’s pregnant with her first child in the office bathroom, with Chrishell Stause waiting on the other side of the door. The women discuss sex and how they style their pubes with great comfort.

It would seem that the women in the office are the ones with power, as they’re the ones sharing all of the details of their personal lives. But it’s a superficial sense of power that fades as soon as the men in charge speak up. The same lack of boundaries that allows the women to feel comfortable sharing the intimate details of their lives also throws them under the bus professionally, wielding these details as proof that they aren’t smart or professional enough. When Chrishell, a former soap opera actress, falls out of escrow on a property, Jason quickly reprimands her, saying, “You lost your first deal, not a great batting average.” He then announces the lesson to be gleaned from Chrishell’s experience to the entire office: always have at least one backup offer. His words are clipped and clearly meant to embarrass Chrishell. By and large, the agents are often treated as if they’re unreliable by both the brothers and the men they work with, regardless of their accomplishments.

When Heather Young jokes that she and Amanza Smith will “get on [their] hands and knees” to ensure a $3.5 million listing is pristine enough to show to the public, Jason locks eyes with the homeowner and laughs, “This is honestly what I have to deal with on a daily basis,” as if the implication of Heather’s statement—the desire to ensure the property is perfectly presentable—is an annoyance. A developer with a $75 million property on the market treats Christelle Quinn and Davina Potratz as if they’re underprepared and inadequate, cruelly telling them on more than one occasion that they’re wasting his money each day that the property doesn’t sell. This kind of sexism also rears its ugly head time and time again. There’s an especially harsh moment when the agents discuss how Davina’s $75 million property is struggling to sell: “Jason always forgets that I also have a broker’s license,” Davina said. “I love and respect everyone here, we’re like a family, but I just wish Jason would give me the rest I deserve.”

In Selling Sunset, once you join the family, you are free to pursue the golden dream–but that can come at a cost—one that requires that you overlook the gendered dynamic of the office in favor of being one big happy “family.”

Instead, Jason cuts her down again and again and talks over her in front of her coworkers. And when Jason says it’s time to give up on the listing, it’s case closed. In a 1999 study published in Human Relations, Catherine Casey, organization and society professor at Loughborough University, found that since the ’90s, corporate organizations have re-engineered office culture through the production of a set of new beliefs and practices that pivot around the metaphors of “team” and “family.” She writes, “Many companies, from manufacturing operations and supermarket chains, to hospitals and airline companies, promote themselves in the marketplace…as caring, familial communities.”

The group’s familial insularity can be owed in part to the way that agents are granted access. Mary, a veteran agent (and the brothers’ perceived “favorite”), used to date Jason. Amanza, a former property stager and single mother of two, has been friends with both Jason and Mary for more than a decade, and they often joke about the overlap between their professional and personal lives. For instance, during a dinner party to celebrate Mary and Romain’s engagement, Maya remarks, “If you marry Mary, you also marry Jason,” to which Jason responds, “Which side of the aisle will I stand on?” In Selling Sunset, once you join the family, you are free to pursue the golden dream–but that can come at a cost—one that requires that you overlook the gendered dynamic of the office in favor of being one big happy “family.”

Read this Next: “Too Hot to Handle” Is a Conservative Nightmare of a Reality Dating Show 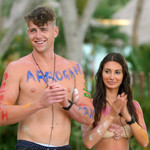 by Erin Taylor
The premise is simple: for the duration of the season, no one can have sex.