Her Own WorldThe Unsettling Objections to Teen-Girl Cartoon Reboots 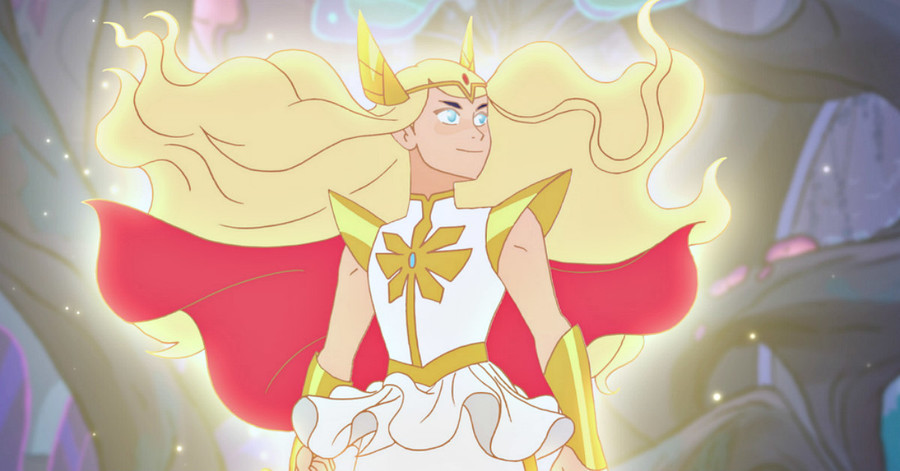 In July, comics artist–turned–showrunner Noelle Stevenson tweeted out the first promo images for She-Ra and the Princesses of Power, her reboot of the 1980s animated series She-Ra: Princess of Power. The original series followed villain-turned-hero Princess Adora. When wielding her Sword of Protection, Adora assumes the alter ego of She-Ra, the Princess of Power. Unlike other nostalgic properties like Scooby Doo or My Little Pony, She-Ra hasn’t been revisited since its original two-season run, bringing an extra level of interest to Stevenson’s new imagining. The new series uses the same characters and settings as the original, finding Adora/She-Ra and her companions on the planet Eternia, facing off against the tyrannical Evil Horde.

The aesthetic and design of the 1980s series followed that of the series He-Man and the Masters of the Universe, from which She-Ra had been envisioned as a girl-focused spinoff. Both series were animated in a classic comic-book style, with extraordinarily muscular men and hourglass-shaped women in a variety of skin-tight and scantily-clad outfits. Both He-Man and She-Ra were part of a 1980s boom in cartoons based on toys—an effect of then-President Reagan’s deregulation of television programming—and were created in partnership with toy-manufacturing titan Mattel. With She-Ra, Mattel intended to duplicate its success with Barbie in the action-figure market, so the dolls based on the cartoon’s female characters had identical womanly body types, brushable hair, and trendy outfits.

For Stevenson, updating the show for a less homogenous era means characters have a wider range of body and face shapes, hairstyles, and costumes. She-Ra herself still sports long blond hair, pale skin, and a white, gold-winged mini-dress, but her 2018 physique is more athletic than pin-up, with larger arms and legs and a smaller bust replacing her predecessor’s hourglass figure. Her costume, too, has changed: She sports practical flat boots instead of heels and an armorlike full-coverage top instead of a backless bustier. She still wears a miniskirt, but there are matching shorts underneath. And with her makeup-free face, the new She-Ra seems more youthful—a cool, older sister rather than an adult woman.

And some male She-Ra fans can’t handle it. The same kind of guys who raged that an all-female reboot of Ghostbusters or a female Jedi ruined the precious memories of their childhoods are bemoaning the loss of She-Ra’s sex appeal. One Twitter user accused Netflix of being “afraid of She-Ra [sic] looking like a beautiful woman,” and that her new costume represents “the destruction of beauty.” Another took Stevenson to task, huffing, “Boyish lesbian re-imagines SHE-RA as a boyish lesbian. The utter selfishness and egotism of this is astounding.”

A similar controversy arose when 16-year-old Sadie Stanley was cast as Kim Possible for a live-action adaptation of the early-2000s Disney Channel show. Like her animated predecessor, Stanley’s Kim Possible is a self-assured redhead who wears a black top, green khakis, a waist pack, and flat boots. But some adult male critics immediately laid into both Stanley’s appearance and her more modest costume, unfavourably comparing her to  the midriff-baring, hourglass-shaped cartoon teen. Not only does sexiness belie the point of either character’s purpose, but the expectation is a symptom of a larger question pervading pop culture and American society in general: What should teenage girls look like, and how should they be treated by older men?

Last November, Alabama Senatorial candidate Roy Moore was accused of preying on teen girls. Leigh Corfman said she was 14 and Moore was 32 when he assaulted her. Moore denied assaulting Corfman, but admitted to “dating” girls as young as 14—though, he emphasized, he got permission from their mothers. When 47-year-old Montana high-school teacher Stacey Rambold was sentenced in 2013 for repeatedly raping a 14-year-old student, the judge gave him a lenient one-month sentence because the victim appeared “older than her chronological age.” Never mind that Rambold knew the age of his victim (who took her own life in 2010) because he was her teacher. She looked like a woman, so she could, on some level, be treated like one.

Hashtags like #MeAt14, #fasttailedgirls, and #whenIwas have gone viral in the past several years as allegations against men like Moore, R. Kelly, Woody Allen, and others circulate and recirculate. These hashtags underscore that no matter what age a child appears to be, age-of-consent laws exist because all children are too psychologically and emotionally immature to enter into a relationship with an adult. But popular culture has been sexualizing teenage characters—girls especially—for decades, presenting them as emotionally and sexually mature—and casting actors in their 20s to portray them in movies and TV shows. 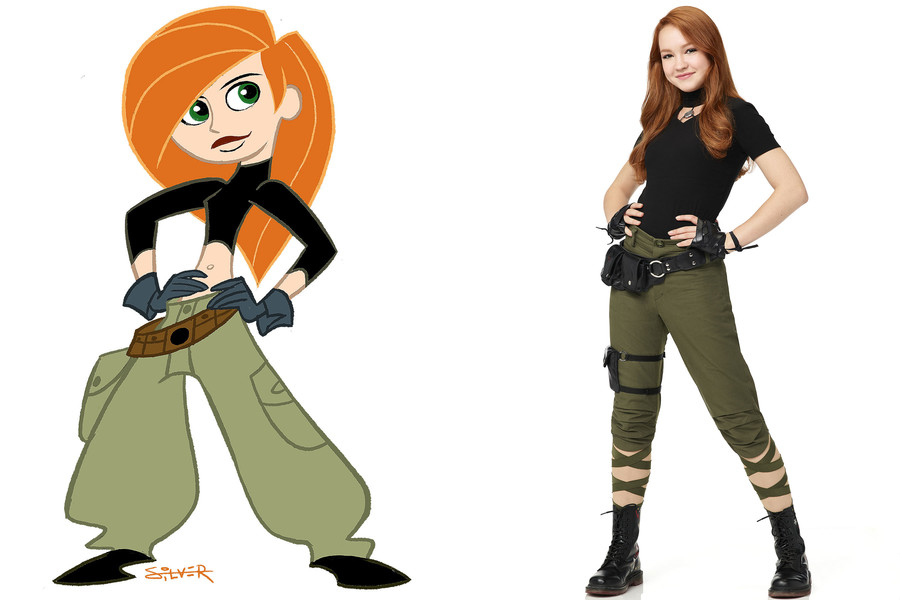 Many of the men lamenting the new incarnations of She-Ra and Kim Possible grew up with sexualized teen-girl characters like Scooby Doo’s Daphne, the girls of Josie and the Pussycats, and the three heroines of Totally Spies. Though these cartoons presented a world in which girls are either small and childlike or in possession of a voluptuous woman’s body, young children, not adult men, were the intended audience. And despite their original, skin-bearing costumes, both She-Ra and Kim Possible were focused on their missions, ensconced in fictional realms where young women aren’t available for public consumption.

The cultural expectation that young girls should uphold the beauty standards imposed on adult women is a slippery slope. Take, for instance, 14-year-old Millie Bobby Brown being included on a list of sexy TV stars and being praised for seeming “all grown up” at a premiere. Or school-age girls being routinely harassed because of the fetishization of their uniforms. Or adult men like Drake and Dane Cook unashamedly dating teenagers. On popular teen shows like Riverdale and Pretty Little Liars, characters flirt and have sex with adults in situations depicted as romantic rather than predatory.

A cultural belief in the aphorism that girls mature faster than boys finds a culture enabling men’s sexual attraction to girls. Yet, as teenage vigilante Hayley (played by then-17-year-old Ellen Page) explains in the 2005 film Hard Candy: “Just because a girl knows how to imitate a woman does not mean she’s ready to do what a woman does.”  Shortly before the release of the Kim Possible and She-Ra images, Cartoon Network released the first trailer for Thundercats Roar, its forthcoming reboot of another ’80s cartoon, Thundercats. The show’s main character, Lion-O, an alien with both feline and human characteristics, was originally pictured with a He-Man–like bodybuilder’s physique. His appearance was central to a narrative that followed him as he grew into the outsized physique.

In the upcoming series, Lion-O is still muscular but less defined. Like She-Ra and Kim Possible, he too is less sexualized. And while a handful of Thundercats purists were unenthused by the change in style and tone, it wasn’t because they wanted sexy ’80s Lion-O back. It’s a reminder that the rules have always been different for boys and girls—even when they’re animated.

by Jourdain Searles
The film is notable because it consciously avoids serving up a familiar media brew of technophobia and misogyny.
by Ann Foster
View profile »