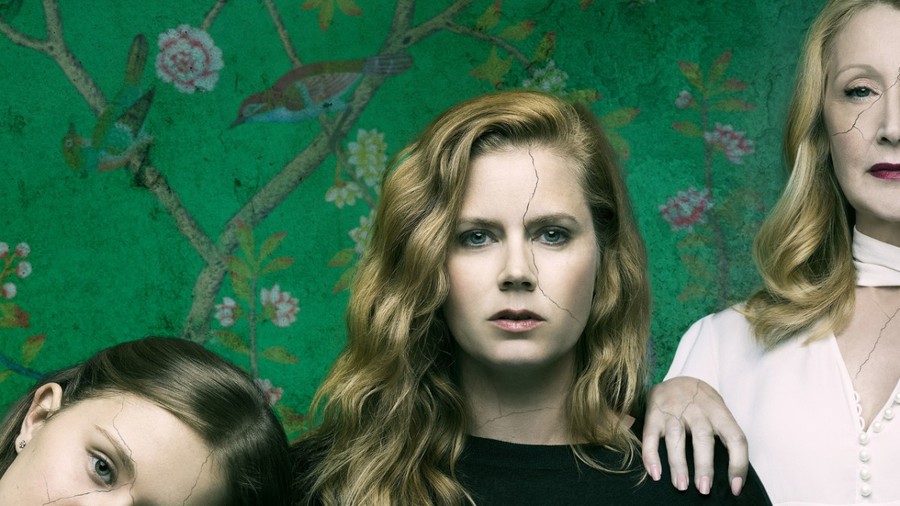 HBO’s summer miniseries Sharp Objects, based on the novel by Gillian Flynn, attracted a great deal of attention for its frank, unflinching depiction of self-harm and dysfunctional families. Amy Adams stars as Camille Preaker, a journalist who follows a story about the killing of two young girls back to her hometown in rural Missouri. At the center of Sharp Objects is a culture that’s intimately familiar in many parts of the rural United States, where secrecy and shame combined with a “family knows best” mentality and insular community structures that reject “outsiders” keep abuse and violence in the shadows. This dynamic comes to a dangerous head in Sharp Objects at a time when the nation is collectively looking to the rural United States for simplistic “understanding the Trump voter” specials instead of reckoning with the unique aspects of rural culture that can become defining and devastating for survivors of physical and sexual violence.

Taking on the intersections of violence and family secrets is hardly unique to Sharp Objects, but few artistic works manage to take on the subject well. Either these narratives of family violence have an exploitative, tragedy-porn element—think any number of texts about grinding poverty and unrelenting misery in Appalachia that elide the area’s queer people of color and gender nonconforming communities—or the violence itself is glossed over, occupying only a minor role that illustrates the creator’s lack of understanding of a foundational ethos in rural culture.

The belief that outside influences are negative and acknowledging problems will only draw attention to them is pervasive across the rural United States, informing not just the ways communities address physical and sexual violence, but also larger cultural issues; racism, transphobia, and other forms of hatred curdle in the open air while everyone politely looks the other way. According to a Pew study, nearly two-thirds of rural respondents say they have values that are “very or somewhat” different from those in urban and suburban environments and feel that they are “misunderstood” by outsiders. An acknowledgement of this deeply broken component of rural life is arguably necessary to most texts set in the rural U.S., and it’s one of the first things I look for as a reader—a failure to include it often suggests that the creator is not from a rural background, didn’t do their research, and views the setting as a backdrop rather than a character in the drama. Sharp Objects used the fact of rural life to create added tension, from the sheriff who refused to take action despite knowing about the abusive conditions in Camille’s family home, to the outside law enforcement officer viewed with suspicion and resentment because he’s “not from around here,” to Camille herself, trapped again in the town she hates and alternately envied and loathed for fleeing to the big city. The ingroup/outgroup dynamics made it much more challenging to crack the case, and the shocking ending illustrated how far rural communities will go to cover up for their own.

Contrast this treatment with the more cartoonish (and racist) Dukes of Hazzard, which makes a joke out of suffering in the rural South, or Duck Dynasty and Beverly Hillbillies, which turn rural communities into material for gawking and joking, but don’t interrogate the complexities of rural life. On True Detective and True Blood, the camera lingers on scenes of poverty and hardship, presenting them as things to be feared and hated, and, perhaps, the personal responsibility of the people enduring them. Similarly, a host of YA coming-of-age novels transport protagonists from the drag of rural communities to the glossy big city, treating rural life as a thing to endure and overcome and using such settings for misery porn—think homophobic violence and racist harassment. Meanwhile, if popular media coverage is to be believed, rural areas are uniformly filled with white, male, Republicans; backward social attitudes; a resistance to government interference; and tragic poverty. Members of marginalized groups remain unseen, as do explorations into the factors that drive poverty and desperation in rural communities, from closed hospitals to neglected schools.

It doesn’t have to be this way; media and pop culture have proved highly capable at depicting rural life authentically, usually in cases where people involved have lived in rural communities or taken the time to respectfully research them. In Twin Peaks (both the 1990 and 2017 series) for example, insular elements of rural life occupy their own role in the landscape. Throughout the investigation of Laura Palmer’s murder, the residents of Twin Peaks are coping with secrets and lies in a community where people spend much of their time looking away. The A&E crime drama Longmire similarly both echoes this rural reality and leverages it in plotlines that are heavily dependent on where people come from, and where they sit in local power structures. This treatment underscores the high stakes of rural politics and the intergenerational divides that can dictate the rules of engagement. Tess Sharpe’s 2018 novel Barbed Wire Heart also takes on the collective silence of rural communities in a very intimate and immediate way; Harley McKenna is the daughter of a drug runner, deeply steeped in violence and abuse, facts known to everyone who fails to help her, even when she’s a vulnerable child. Her self-reliance and defiance are born of necessity, the product of living in a world where adages like “go to adults for help” are exposed for the lies they are.

A community’s refusal to acknowledge the canker at the heart of prominent families and “upstanding citizens” can also reflect inwardly, as in Jesmyn Ward’s 2017 novel Sing, Unburied, Sing, which explicitly includes racism as a constant of rural life. This intergenerational novel may confront the legacy of a tumultuous part of American history, but it’s also a reflection of what happens within families that don’t reckon with the past. When Pop, the family patriarch, finally confesses to a heinous deed in his youth committed with the best intentions in mind—killing a young man to save him from a lynching—it has devastating consequences for a family that unknowingly carried his secret over decades.

The nation is collectively looking to the rural United States for simplistic “understanding the Trump voter” specials instead of reckoning with the unique aspects of rural culture that can become defining and devastating for survivors of physical and sexual violence.

Like Sharp Objects, the OWN drama Queen Sugar flips the outsider narrative, with a set of estranged siblings called back to their childhood home in rural Louisiana. Unfortunately, the only thing some rural communities distrust more than outsiders is insiders who tried to get away. This insider-outsider conflict is deftly used in the series as the characters explore their family secrets while also struggling to make their place in the community. And in a pop culture landscape where so much of the rural U.S. is depicted as homogeneously white, Queen Sugar is a welcome challenge to the status quo.

Secrets, lies, and a concerted effort to ignore the existence of both are themes of human life in rural and urban settings alike, but the microcosm of rural life elevates the stakes of both; there is nowhere for victims to find help where they’ll be anonymous, and no party who isn’t wrapped up in the drama on one side or another. This insularity doesn’t simply create a cloud that can hover over even the most seemingly bucolic of communities. It also creates a forced, uneasy intimacy that is impossible to replicate in urban spaces, where victims and perpetrators encounter each other at the only grocery store in town. A deep understanding of this dynamic is crucially necessary to depict rural life honestly; sadly, a lack of respect for rural life and culture means that many creators are unwilling to engage with the uniqueness of the rural setting, even when it might better their storytelling and tighten its tension.