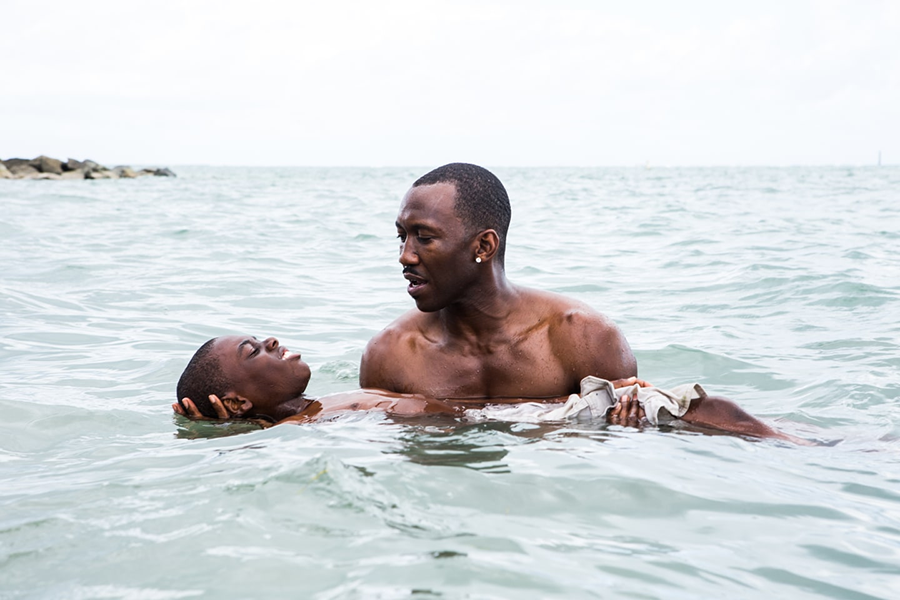 But some people don’t want Black men to be free. They want them to be white patriarchs—colonizers and marauders and ruiners. They confuse manhood with the ingredients for toxic masculinity: domination, violence, selfishness, stingy affection, and savage heterosexuality that uses and abuses women. And they spend their time ferreting out alleged conspiracies to “emasculate” Black men. The latest target of their suspicion is Moonlight, Barry Jenkins’s indie masterpiece, which took home the 2017 Academy Awards for Best Supporting Actor, Best Writing (Adapted Screenplay), and Best Picture.

Moonlight gives voice to a Black male experience that is commonly ignored. The unflinching and nuanced portrait follows the central character, Chiron, from prepubescence to adulthood in Miami’s rough Liberty City neighborhood. He struggles with poverty, abuse, his mother’s crack addiction, and his queer identity, including complicated feelings for a close friend that neither man can truly explore. The film offers the audience something beautiful and rare: depictions of familial, platonic, and romantic love between Black men. And it is a story adapted from a play by a Black man that is directed by a Black man and superbly acted by an all-Black cast. Its triumph should be reason to celebrate.

But the Black Patriarchy Police are reliably grumbling that Moonlight, with its queer plotline, is emasculating to Black men and is thus unworthy of praise. Last week, conservative Black provocateur Dr. Boyce Watkins gave the Devil an advocate and tweeted to his more than 64,000 followers: “Someone asked me a taboo question that I pose to you: Would Moonlight have won an Oscar had it not featured a gay story?”

More depressingly typical than Watkins’s query were some of the responses, such as the one from a guy who lamented, “They love stories about the feminization of Black men.”

These discussions of Moonlight’s success are troubled by the faulty idea that good, worthy Blackness should conform to the Judeo-Christian, heteronormative, middle-class mores of the majority culture. It’s respectability politics at its most ridiculous and most damaging to Black people. It responds to the real ways racism has stripped power from Black men—like denying them access to opportunities that would help support their families—by rigidly monitoring Black male emotions and behavior, including who and how they love.

It should go without saying that finding Chiron’s story “emasculating” is homophobic. Queer men are no less men than straight men. And if a man like Chiron is not considered respectable enough to be a cinematic icon, then we must also forsake real-life Black and gay icons, such as James Baldwin and Bayard Rustin, and all they contributed to Black communities and culture. And what about young Black boys and men who see their own stories in Chiron’s struggle? We forsake them, too, by sending the message that their experiences and struggles are unworthy of manhood, Blackness, and public consumption. We tell them they cannot be whole—they cannot be free and be Black men simultaneously.

Many of these same critics surmise that fear of “real” Black manhood explains Moonlight gathering more Oscars than the August Wilson play brought to the big screen last year by Denzel Washington. Fences was also nominated for Best Picture and Best Writing (Adapted Screenplay). Viola Davis won Best Supporting Actress for her role as Rose, and Washington was nominated for Best Actor for playing Troy Maxson. Maxson is a hard-drinking, middle-aged, blue-collar Black man supporting his wife and son in 1950s Pittsburgh. He is also a braggart. He claims to love his devoted wife, but gets another woman pregnant, bringing the baby home for his wife to raise. He dominates his sons, subverting the youngest boy’s chances of success and kicking him out of the house. Troy is broken, and he breaks everyone around him.

Both Moonlight’s Chiron and Fences’ Troy have seen their lives molded by American bias and inequity. We can sympathize with both. We “know” them both. That some folks find Troy more respectable, more “real”—a better man, despite the damage he visits on the women and children in his life—is another indication of how some people pervert the definition of Black masculinity. Troy, it seems, is more of a man simply for loving women—not even loving them well.

In fact, Troy may be more “manly,” by the toxic definition, because he mistreats his wife and son. Toxic masculinity requires a submissive woman to command, which is why its devotees so often charge Black women with “emasculating” Black men by refusing to be dependent on them and also why it leaves no room for same-sex relationships. The core of this corrosive understanding of Black manhood is a hatred of what it defines as feminine—submission, generosity, affection, love, and sexuality not centered on dominating women. For those invested in toxic masculinity, there is nothing worse a Black man can be than “like a woman,” by, say, loving another man or even donning a dress and wig for broad comedy. (Such people believe that the sin of cinematic characters such as Madea, Big Mama, and Rasputia isn’t the ugly trafficking in Mammy and Sapphire stereotypes, but that Tyler Perry, Martin Lawrence, and Eddie Murphy dared appear in public in dresses, makeup, and wigs.)

By peering through a lens that is already broken, purveyors of Black respectability politics miss the real challenges plaguing our community. Gay Black men are not a problem. Toxic masculinity, however, is. And the twisted view of manhood festering in some traditionalist corners is damaging to all Black men—as well as to women and girls.

We suffer every day from praising men like Fences’ Troy Maxson and ignoring men like Moonlight’s Chiron. The prevalence of toxic masculinity harms gay Black men by failing to recognize their manhood and humanity. It harms Black teen boys by robbing them of healthy outlets for their pain, goading them into dangerous “manly” flexing over urban territories they don’t own. It harms Black women and girls who are too-frequent victims of men taught to define manliness as power over women’s bodies. (Black women are more likely to experience intimate partner violence and 60 percent of us experience sexual assault before age 18.) It harms Black families by encouraging men to be dominating and emotionally inaccessible partners and fathers.

For this reason, we should applaud the existence of Moonlight and all multi-layered, real stories that allow Black men (and women) to be their full and free selves. And we should give no quarter to anyone pimping the broken view of manhood that is killing that freedom—killing us all.