To Shell and Back | Bitch Media

To Shell and BackThe Making of a Jewish Woman on “Transparent” 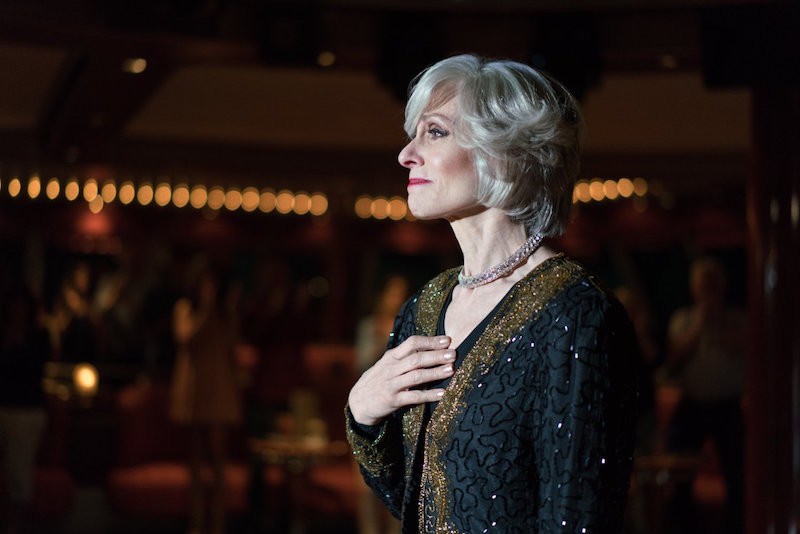 This article contains plot details from all three seasons of Transparent.

“I’m a Jewish woman and we do whatever the fuck we want.” –Maura Pfefferman

From the beginning, Jill Soloway’s Transparent set itself apart from television shows whose characters test the limit of unlikeability. Rather than trying to offset difficult characters with emotional safety blankets, Soloway went for the punk rock gesture of crafting an entire family whose toxicity extends beyond the framework of the tragicomedy, so insufferable that they inevitably betray, damage, and alienate one another as well as anyone who strays into their domain. This isn’t necessarily a deal-breaker, and in many ways the willingness to explore dysfunction by exaggerating it to absurd proportions is what makes the show brilliant. We engage with the Pfeffermans because they offer a heightened map to ourselves; their flaws make them real and we feel a sense of intimacy, or at the very least, a mix of schadenfreude and disbelief. However, there is one character that contradicts the entire framework of the show and whose presence throws the finely-tuned balance of comedy and pathos into chaotic and repellant distortion.

Shelly Pfefferman, played by Judith Light, has been praised as one of the funniest characters on Transparent. Light won an Emmy for her performance and has been gushed over by critics and talk show hosts such as Seth Meyers, who pandered while interviewing her, “I didn’t grow up in a Jewish household but I married into one and you guys are nailing it.”  And yet, as soon as she appeared, twenty minutes into the pilot episode, I felt a sinking in my gut, the kind you feel when someone you care about let’s slip an ugly, unforeseen anti-Semitic remark. Her appearance immediately signaled a loss of trust.

Light’s performance of Jewishness is the kind of physical and over-the-top acting you might see at a small town’s dinner theater comedy or in a suburban high school play. She exclaims in a vaguely Brooklyn accent, “I’m gonna cut up some cantaloupe!” and clings to the Rabbi, “Let me get you a Vitamin water. They were on sale at the supermarket.” Her frazzled gesticulations and sing-song intonations only exacerbate the shallowness of her dialogue, creating a character who is not only deprived of her own backstory but serves as a cheap laugh at every turn, invading our space, clutching oversized tubs of mustard, and calling out, “Why are you humiliating me like this!” into the abyss.

There is a reason why Jewish mothers are iconic figures in our cultural imaginations. Bold, bawdy, and badass, the Jewish mother archetype is rich with material for riffing on the human condition, examining the roots of our neurosis, and seeking joy in exaggerated depictions. Framed by a traditionally patriarchal religion and culture, the mother figure is empowered by her scathing wit, her impossible expectations, and of course, the almighty guilt trip. She is larger-than-life as much as she is comic relief. Think Estelle Costanza of Seinfeld and her cloying but sweet ferocity, or Ilana Wexler’s mother on Broad City, played by the brilliant Susie Essman, who covets knock-off handbags to the extent of fetishizing them at her own mother’s Shiva.

The problem, of course, is that so many of the Jewish mother characters in popular culture have been created by men, and therefore the canon is fraught with misogyny as much as brilliant satirical representations. The Jewish mother is an easy target and scapegoat for unloading unprocessed angst and impotence. And yet, even the most one-dimensional version of the Jewish mother on these shows is created within a context that requires empathy and cultural understanding in exchange for a laugh.

Jill Soloway’s Transparent is very much in conversation with this history; it is a show about modern Jewish identity as much as it is about sexuality and I would argue that the edgiest and most challenging scenes are the ones that show the fluidity and intersectionality of Jewishness, the political and cultural spectrum across which it exists. It is because of this that Shelly’s character is so disappointing and at times excruciating to watch. Her lines rarely deviate from the one-dimensional and cliché. In episode two she obsesses over food, lamenting her aversion to dairy in a Woody Allen-esque stammer, “I’ve been meaning to cut it out, it makes me very gassy.” She also scores an under-the-buzzer layup in the championships of Jewish mom essentialism: “I could die and be rotting in my casket before anyone notices.”  The joke is constantly how small her world is, cluttered with tchotchkes and petty obsessions.

What is most disturbing about these incessant one-liners is that, unlike her family whose Jewishness is articulated as accessory to their inner lives, hers is bald and all there is to see. Sarah Pfefferman uses Judaism for hilariously selfish means: on Yom Kippur, the holiday of atonement, she offers a feeble apology to Tammy, the woman she jilted, to rid herself of guilt. Ali, the floundering middle child, researches the family’s Jewish heritage to understand how trauma is passed down through DNA, a theory that serves to complicate the Pfeffermans’ story. Shelly’s Jewish identity, on the other hand, is opaque and firmly set, as status quo as the Synagogue’s board of directors. She has no inner life, and this perhaps is what we’re supposed to find funny, even as this depiction becomes increasingly suspect and troubling.

Had Shelly been given a backstory earlier on, her character’s lack of formation might have been a powerful statement on how aging Jewish women are made invisible not only by society but by their families. It could also be argued that Shelly, who we find out in season three suffered a serious trauma that in her own words caused her to “stop thriving in every sense of the word”—clings to stereotypes in lieu of asserting her own authentic self, as a way to stay small, safe, and unseen. Throughout the show, we see a woman cut off from her story, manifested, intentionally or not, by Light’s cartoonish and slapstick performance. The stereotype is repulsive and offensive precisely because the character is complicit in making it—just as the actress and writers are complicit. It is supposed to make us recoil, and more to the point, she is supposed to be an empty, walking punch line upon which her family and audience projects their own issues.

And yet, I feel that this is not only a generous over-reach but a self-defeating argument. Yes, Shelly reclaims her story at the end of season three, but the journey towards liberation is fraught with reductionism and punch-down style shots: she brags about her pitiful number of Twitter followers (“I’m a brand!”) and fumbles with newly acquired technology. Yes she stands up to her emotionally draining children, who are perhaps the product of her and her partner having both been cut off from their true selves for so long.  And yes, the final episode in which she debuts her one-woman show, singing a version of “Hand in My Pocket,” gave me chills, and in many ways felt like a healing. Shelly, as much as Maura, comes out to the world and reclaims her life. But the question is: how powerful can this transformation be if the path, or cruise, towards redemption is filled with short-cuts, cheap shots, and the perpetuation of hurtful tropes?

Now, more than ever, we’re seeing that representations matter. It is easy to resent a woman in power when all we see and hear are demeaning impressions. It is easy to ignore a historical moment in electoral politics when we’ve been conditioned to simply turn away. Aging women are so rarely given space in popular culture that I can only imagine how subversive and powerful it would have been to see a Jewish mother who both flirts with and defies the cultural baggage, a woman whose unlikeability is an asset.
I hope that Shelly will continue to shock us out of our complacency in Season four as she comes into her story and skin. It won’t be enough to undo the mistakes of the last three seasons, but it will at least affirm how much we need to see strong, older women in positions of power, how even crude stereotypes and misrepresentations can be redeemed.

Kendra DeColo is the author of My Dinner with Ron Jeremy, published by Third Man Books in August 2016, and Thieves in the Afterlife (Saturnalia Books, 2014), selected by Yusef Komunyakaa for the 2013 Saturnalia Books Poetry Prize and named “Favorite Nashville Poetry Book of 2014” by the Nashville Scene. Her poems have appeared or are forthcoming in Gulf Coast, Ninth Letter, Indiana Review, Copper Nickel, Verse Daily, Third Man Books’ Language Lessons Vol. I, and elsewhere. She has received awards and fellowships from the MacDowell Colony, the Bread Loaf Writers Conference, the Millay Colony, and the Tennessee Arts Commission. She is book editor at Muzzle Magazine and guest teaches poetry at Sarah Lawrence College. She lives in Nashville, Tennessee. 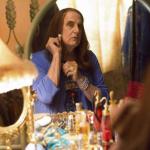 Amid the generally sparkling reviews for the new Amazon series Transparent, there has been one...