Body FreedomShemekka Epps Should Get to Have It Too 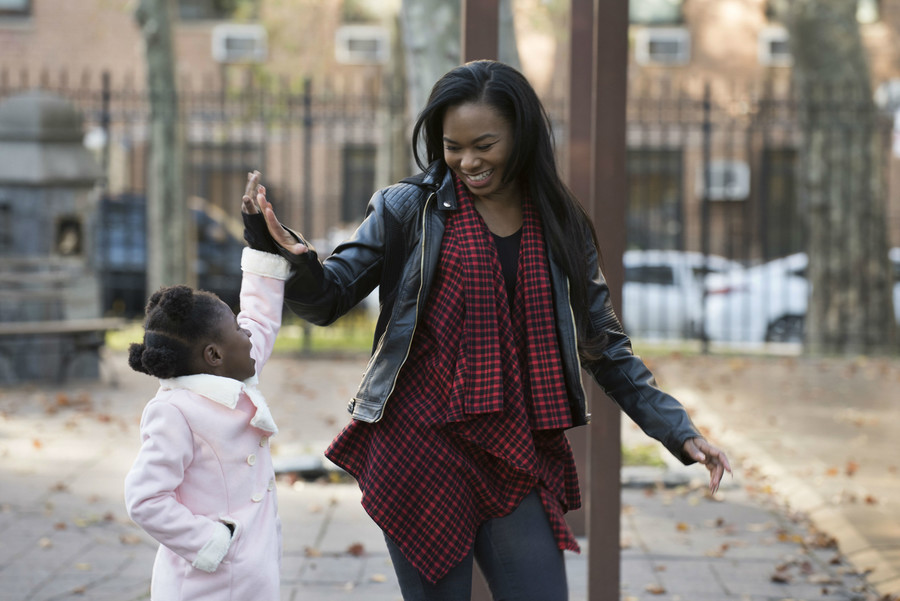 Yahkyra Parham as Nadia, left, and Chyna Layne as Shemekka in She’s Gotta Have It (Netflix)

She’s Gotta Have It, Netflix’s adaptation of Spike Lee’s 1986 film, uses “modern” lingo and aggressive political positions to update Nola Darling’s (DeWanda Wise) nonmonogamous life for millennial audiences. The 10-episode first season builds a vision of Nola’s Brooklyn, New York, worldview that is both at odds with and reminiscent of the one that exists today, but the show still falters in its feminism, offering a reductive binary of freedom versus conformity. Nowhere is that more apparent than in the abysmal way that one of Nola’s closest friends Shemekka Epps’s (Chyna Layne) body-image issues are broached in both seasons.

In the first season, Shemekka’s plotline revolves around her desire to get butt injections that she hopes will give her a curvier figure. “I got no ass,” she tells her friends early on in the season. “Me come from yard, land of big batty gyal, and God come and take my damn Jamaican birthright.” When Shemekka poses for a painting that Nola plans to submit with a grant application, she isn’t wearing her customary weave, but still asks Nola to paint her with long straight hair and later becomes upset when she sees that Nola has painted her butt as it is instead of the larger size that she wants it to be. Nola promptly laughs at her for even broaching the topic, dismissing Shemekka’s feelings as simply vanity: “You do not need to do that shit to your body,” she says. “You’re already gorgeous…Why don’t you do some squats?”

Nola never considers that Shemekka’s feelings stem from the changes that childbirth wrought on her body, and discourages Shemekka from having plastic surgery because it might influence similar body dissatisfaction in Shemekka’s daughter Nadia (Yahkyra Parham). “What about Nadia? It’s hard enough for little Black girls bein’ told they’re ugly and they’re not pretty enough,” Nola says. “What if Nadia sees you changing your body and starts to think something’s wrong with hers?” Nola is overlooking one of Shemekka’s main motivations for having cosmetic surgery: being able to better provide for Nadia. When Shemekka realizes that the burlesque dancers at the Hot N Trot Supper Club command significantly more in tips than she does as a waitress, she asks the owner Winny (Fat Joe) if she can perform onstage, insisting that she can “dance her ass off.” Winny explicitly tells her that her small bottom is the reason he won’t let her dance: “You’re beautiful, you got the hots, but you ain’t got no fuckin’ trots!” Winny’s rejection doubles as an incentive for Shemekka to modify her body; a physical “flaw” is the only obstacle keeping her from a substantially higher paycheck.

It isn’t difficult to understand why a single, Black, immigrant mother who’s struggling to survive in a rapidly gentrifying city believes the reward far outweighs the potential risks. Yet, as we’re taken through Shemekka’s difficult decision to tell her judgmental friends about the impending procedure, the painful procedure itself, and the consequences of her decision, it becomes clear that She’s Gotta Have It buys into the idea that self-love and body modification can’t coexist. On each step of her journey, Shemekka is mocked, degraded, judged, and presented as a “basic ghetto bitch” while Nola is presented as a self-possessed and free Black woman. Throughout the first season, $he A$$’D For It, a parody reality show in which Black women compete for “a complete booty overhaul,” is embedded in certain episodes. The show’s male host is dressed in clothing reminiscent of a stereotypical blaxploitation pimp character while his Black female assistant wears a long blond weave and a skintight dress that barely covers her outrageously large behind.

The show-within-a-show serves no purpose—other than reinforcing the idea that “real” Black women wear their natural hair and reject body augmentation while “fake” Black women are mindless trendchasers who have caved to the social pressure to alter their bodies. When Nola, Shemekka, and their friend Clorinda (Margot Bingham) see an ad for $he A$$’D For It on the side of a bus, Clorinda launches into an impassioned rant about Black women exploiting themselves. “Any woman that’s willing to alter her body is willing to affirm the male gaze” she insists. “What’s the point of freeing our bodies if all we’re gonna do is carve ‘em up?” she asks, invoking Michelle Obama as an example of a woman who is “way too busy being unapologetically Black and fly” to undergo a cosmetic procedure. Clorinda invokes the spectre of feminism as a cudgel against women who choose to change their bodies, even after Nola kindly interjects to try to spare the feelings of a visibly uncomfortable Shemekka.

Ironically, by tying women’s choices so tightly to men’s desires, Clorinda denies women the very autonomy she insists that feminism has afforded them. If you follow her line of thinking, then there is no choice a woman can make that is truly her own: either she is aligning with the desires of the male gaze or she is rebelling against it. Either way, she is guided by the whims of faceless men. To complete this ideological tongue-lashing, Nola’s mother Septima (Joie Lee)—who shares no scenes with Nola’s friends in the first season—calls Shemekka “basic” for preferring weaves and accuses her of hiding her natural hair. Not only does Septima’s insult contradict the commonly understood notion that “natural hair” includes protective styles like braids and weaves, it assigns a negative moral value to Shemekka’s choice. These scenes establish She’s Gotta Have It’s moral compass, and then the show punishes Shemekka for acting in contravention of its values.

Despite She’s Gotta Have It’s progressive undertones and general “wokeness,” Shemekka’s treatment is a regressive streak that reinforces the harmful binary that pits different kinds of Black women against each other.

After Win agrees to pay for the procedure, Shemekka visits Lady Maye (Phyllis Montana LeBlanc), a backroom clinician running an illegal operation out of a seedy motel room. Lady Maye gives Shemekka a small dose of hydrocodone before roughly injecting both of her buttocks with fat. Though Shemekka is traumatized by having surgery without the benefit of anesthesia, she’s pleased with the results, gets promoted to dancer, and goes back to Lady Maye for two more rounds of injections. Before her stage debut, she says a brief prayer backstage that explicitly names her desire to be a better provider for Nadia. “Watch over me and my baby,” she says. “Please let her be proud of me. All for you, Nadia.” Instead of offering a balanced depiction, She’s Gotta Have It merely pays lip service to the rewards while sensationalizing the risks in the most grotesque way: Shemekka falls flat on her ass during the performance, and her butt  literally explodes beneath her in front of the crowded club.

The next time we see her, she’s being treated in the hospital for a dangerous infection and her mother is lamenting to Nola that Shemekka is a foolish liar with bad judgement. Eventually, Shemekka adopts Clorinda’s regressive thinking about $he A$$’D For It when she asks for the show not to be played at the salon where she now works. She’s learned a valuable lesson: meandering self-discovery journeys, like the one Nola is on, aren’t afforded to Black women who trade on the currency of their bodies. It’s clear that the show positions Shemekka’s harm as a consequence of her perceived irresponsibility. Participating in a police sting that leads to Lady Maye’s arrest is then Shemekka’s due penance for her folly, the only kind of justice she is entitled to.

The women of She’s Gotta Have It are allowed to be sexual, but only if their bodies aren’t exchanged for better jobs and bigger paychecks. While Nola’s choices are repeatedly validated, the show looks down on Shemekka for choosing to alter her body for a shot at a better job and a bigger paycheck. Despite the show’s progressive undertones and general “wokeness,” Shemekka’s treatment is a regressive streak that reinforces the harmful binary that pits different kinds of Black women against one another.

Read this Next: Coexisting Desires 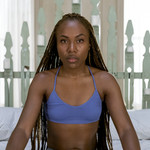