“She’s Gotta Have It” Butchers Polyamory and Queerness | Bitch Media

Superficial Boundaries“She’s Gotta Have It” Butchers Polyamory and Queerness 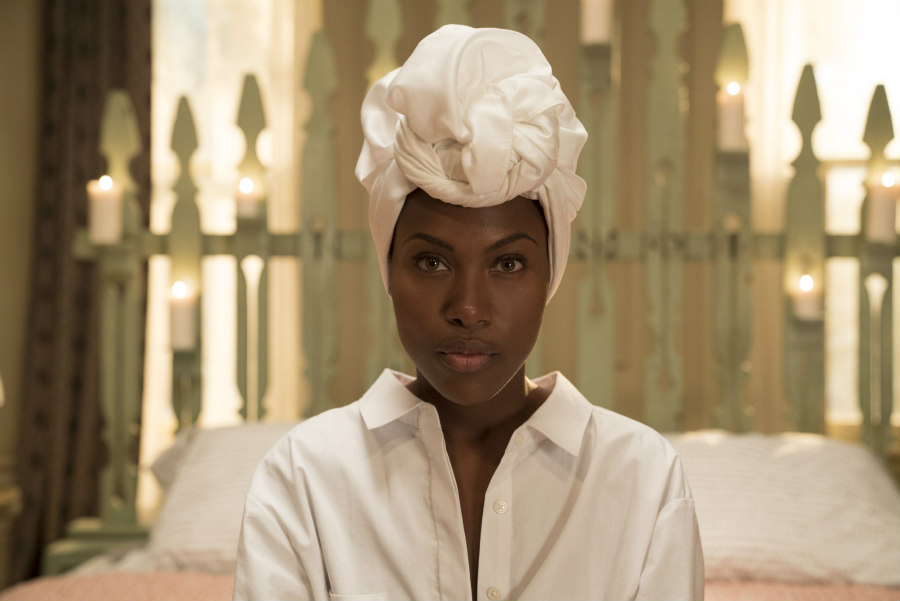 There’s a real beauty to being aimless, a freedom that’s rarely, if ever, afforded to Black women. We’re taught that we must move through the world with intention in order to succeed. While our white peers can wander purposeless until they stumble on their passion, Black women must be disciplined, have relentless ambition, an aggressive vision, and an intuitive understanding of how to persevere and progress. Often, that wisdom is bestowed on us in Scandal-esque “two times as good” talks. She’s Gotta Have It, Netflix’s 10-episode adaptation of the 1987 Spike Lee movie, offers a seemingly carefree protagonist who purposefully works against the script so many Black women have internalized.

Nola Darling, this time portrayed by DeWanda Wise, is the quintessential Black 20-something living in Brooklyn at the height of a creative renaissance: She wears ankh rings; has an extensive collection of head wraps; juggles multiple hustles to sustain her fledgling art career; lives in a Fort Greene brownstone that she can’t afford; brunches every weekend with her homegirls; and rants about the Academy Awards snubbing Malcolm X. Brooklyn’s littered with Black women who can relate to Darling, particularly when it comes to her sexual appetite. As in the original movie, Darling juggles multiple partners because she’s a “sex-positive, polyamorous pansexual” who has no interest in monogamy. Casual sex abounds in She’s Gotta Have It as Darling keeps her men—Mars Blackmon (Anthony Ramos), Jamie Overstreet (Lyriq Bent), and Greer Childs (Cleo Anthony)—in a steady rotation dictated by her needs and desires. Throughout the series, Darling maintains strict rules designed to keep her men from overlapping in her “loving bed.”

For instance, she always engages in safe sex; refuses to go on dates with her partners; never has sex with two of them in the same day; and requires them to call before coming to her house. Darling’s rules are designed to maintain ownership over her body, her time, and her agency, but when translated on-screen, her decision-making seems primarily rooted in her own insecurities, narcissism, and inability to communicate—all of which must be sidelined to negotiate successful polyamorous relationships. None of the people Darling is intimate with are polyamorous, so each of them is pressuring her to be monogamous. 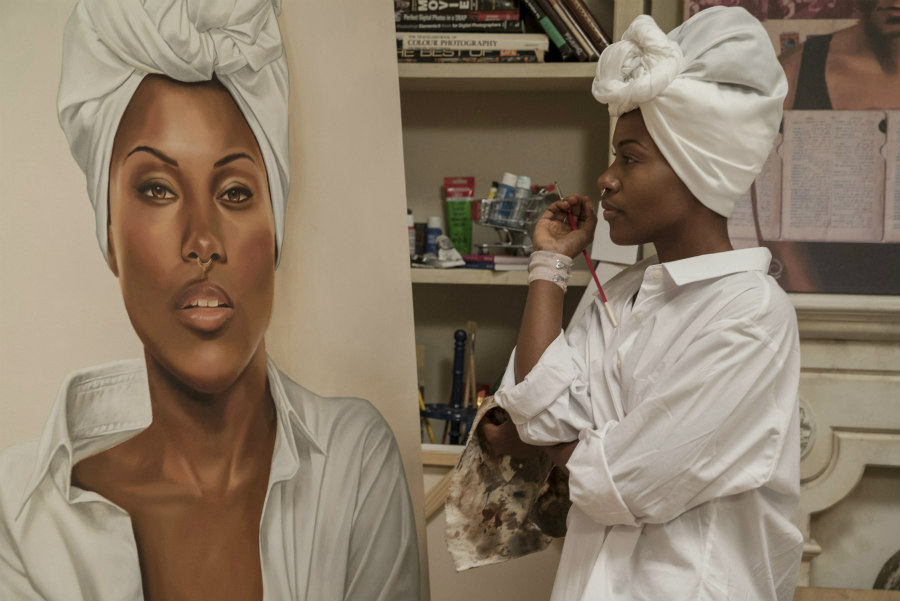 Given these romantic entanglements, detachment should be central to Darling’s sexual relationships. In the hands of a more emotionally equipped protagonist, casual sex with multiple people would be exactly that. Sex, orgasms, possible cuddling, and then moving on to the next person. Instead of creating emotional boundaries, Darling erects superficial ones that don’t actually protect her or the people she’s engaging with. It becomes clear early in the series that the men in Darling’s orbit want more from her than she’s able or willing to give, but she continues to be in relationship with them.

For instance, Overstreet is married and still resides in the same home as his wife. How can he consent to a polyamorous relationship when he’s already made a lifelong commitment to another woman who doesn’t know about his fling with Darling? He’s resolute about remaining with his wife so they can raise their son together, but he still sustains Darling’s lifestyle. He purchases her art—one painting alone sold for $10,000—and purchases her art supplies in bulk when she can’t afford it. Yet, she doesn’t invite him to the art gallery where she’s debuting her work, and doesn’t distance herself financially so she can maintain the autonomy she desperately craves. In a Cardi B. world where women are encouraged to take financial gifts from their partners without guilt, Overstreet’s investment in Darling seems par for the course. It also creates another unnecessary and confusing attachment for Darling that she doesn’t have the capacity to navigate. It’s a lose-lose scenario that has nothing to do with polyamory, and everything to do with Darling’s inability to effectively communicate.

“Monogamy and family have never seen like a remote possibility for me,” Darling tells her therapist Dr. Jamison (Heather Headley) after she rekindles a sexual relationship with Opal Gilstrap (Ilfenesh Hadera), a single mother who has an undying flame for her. Darling’s willingness to seek counseling after being subjected to street harassment is commendable, especially since she also seeks balance and clarity through her spirituality. When Darling embarks on a “radical self-care” journey and swears off having sex with men, she falls back into an one-sided sexual relationship with Gilstrap. Her yearning for a female lover, and the portrayal of sex between two Black women, is a step forward for She’s Gotta Have It, which was justifiably panned for its framing of lesbian desire in the original movie. 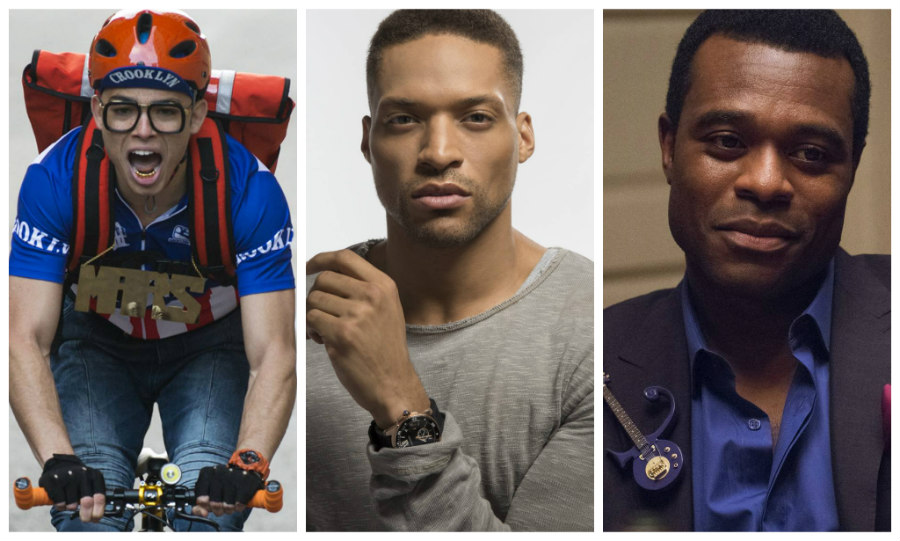 From left to right: Anthony Ramos as Mars Blackmon, Cleo Anthony as Greer Childs, and Lyriq Bent as Jamie Overstreet in She’s Gotta Have It (Photo credit: David Lee/Netflix)

But again, everything about her relationship with Gilstrap is about her. She finds freedom through Gilstrap, sees her as a possibility model for who she wants to be, and even admits that she wants to be in a committed relationship with only her. She even makes pancakes with Opal’s daughter and promises to sleepover with them, though she breaks that promise while insisting that she wants to be monogamous with her female lover. Their entire situationship is predicated on Darling’s needs. When she’s on a break from having sex with men, Gilstrap is a viable option. When she needs to be bailed out of jail, Gilstrap is someone she can turn to. But when she’s not feeling vulnerable, Gilstrap is put into rotation, just like her other partners. If polyamorous relationships are predicated on boundaries and communication, Darling fails time and time again to take her partners into account when she’s making decisions that impact them.

For instance, she takes a phone call from another man while in bed with Overstreet. It clearly bothers him, but she disregards it because she sees their relationship differently than he does. Nowhere is this emotional disconnect more present than when she invites Overstreet, Blackmon, and Childs to her house for Thanksgiving without telling them they’ll be meeting each other. Darling never asks them if they want to meet or gave them a choice in the matter. Instead, she uses the mantra, “it has to be on my terms or it ain’t gonna happen” as a shield for criticism. Since she’s upfront with her requirements, questioning her decisions or her choices isn’t allowed. That ironclad selfishness, which has been seen in protagonists from Carrie Bradshaw (Sarah Jessica Parker) on Sex and the City to Mary Jane Paul (Gabrielle Union) on Being Mary Jane, is framed as a revolutionary step forward for sex-positive Black women. In some respects it is, but it also leaves no room for her partners desires and wishes—like not wanting to share a meal with the other men she shares her body with.

“Nola, you got to get your shit together” is a common refrain throughout the series, but how can she see her way forward when she has no idea who she is as a woman or an artist? Uncertainty is common in our 20s; in fact, that’s what that decade is for. For Darling, in particular, not knowing who she is bleeds into her art. After she’s harassed, she unleashes an incredible guerilla art campaign inspired by Tatyana Fazlalizadeh’s 2012 “Stop Telling Women to Smile” series. It quickly goes viral, but that isn’t the art she presents when her friend Clorinda Bradford (Margot Bingham) asks her to participate in an artists’ showcase. She believes portraits will earn her a grant because “feminist-leaning art” is what critics are gravitating toward. While her profile paintings do earn her a grant, she’s criticized for not bringing passion to the art show. When Bradford and Blackmon try to convince her that the street art will elevate her career, she rebukes them and become angry when they reveal she’s the artist behind the guerilla campaign. 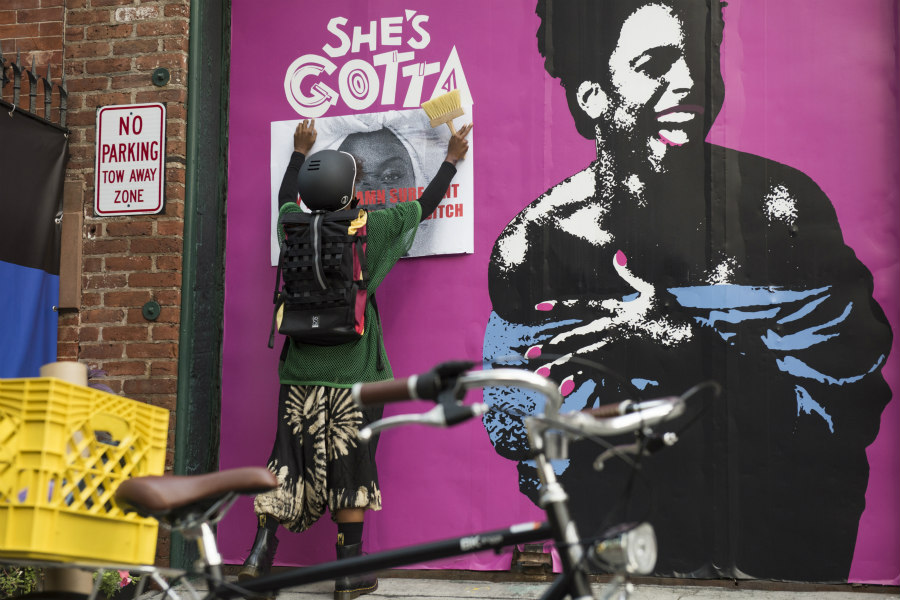 Darling’s unable to feel secure in the work she’s most passionate about because, in general, she’s unsure of herself. As Raqueletta Moss (De’Adre Aziza), the principal of the school where she teaches art tells her, “emotional trauma is like still waters.” She’s absolutely right. The traumatizing street harassment Darling experiences transforms her perception of safety and fuels her popular artistry. Yet, she hasn’t actually recovered from the incident. Instead, she’s bandaging it, hoping that her art is never connected to her person, that the trauma never actually catches her. What’s most prominent throughout the series is that Darling seems incapable of choosing herself.

Toward the end of the season, Dr. Jamison asks Darling if her partners’ energies are feeding her voice as an artist. The answer is clearly no. Rather than saying that, she responds with, “I’ve got to maintain some sort of control.” In the She’s Gotta Have It writers room, which is thankfully full of Black women, Darling’s sexual proclivities are treated as an output of her inability to understand who she is. She has rules, but not much else.

There’s a poignant scene midway through the series when the new Nola Darling meets the original Nola Darling (Tracy Camilla Johns). A chill went over me. It’s a reminder that a lot has shifted over the past 31 years, particularly as it relates to how we understand Black women’s sexuality. The new Nola Darling exists in Brooklyn with a carefreeness and freedom that wasn’t imaginable in 1986, let alone a part of our cultural landscape. Yet, as much progress as She’s Gotta Have It has made, there’s still something missing—a polyamory and sexual fluidity that’s not rooted in selfishness, uncertainty, and narcissism.

Relevant: In Mainstream Media, Polyamory is Getting Attention 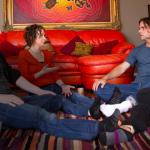 In the sordid world of reality TV, polyamory involves a lot of intense… talking. ...