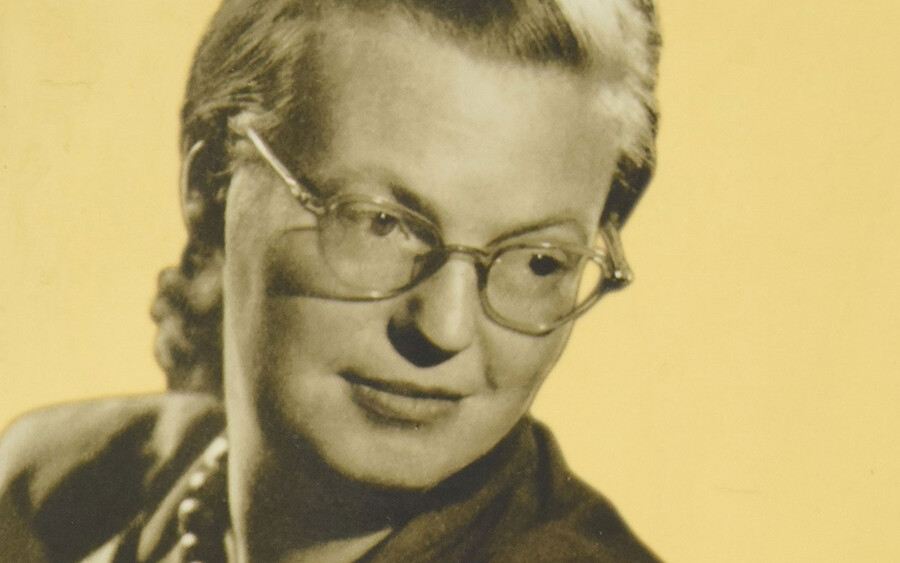 Shirley Jackson on the cover of Life Among the Savages and Raising Demons (Photo credit: Farrar, Straus and Giroux)

Shirley Jackson is having a pop culture moment. The mid-century writer is best known for “The Lottery,” a short story about a small-town stoning that had readers canceling their New Yorker subscriptions when it was published in 1948. If you’re a horror fan, you might know Jackson for The Haunting of Hill House (1959), which Stephen King described in Danse Macabre (1981) as one of the greatest ghost stories ever written. More recent indications of interest in Jackson’s life and work are Ruth Franklin’s 2016 biography, Shirley Jackson: A Rather Haunted Life, Stacie Passon’s film adaptation of We Have Always Lived in the Castle (2018), Mike Flanagan’s Netflix adaptation of The Haunting of Hill House (2018), and, most recently, Josephine Decker’s fictionalized biopic, Shirley (2020). The latter is a sensuous, dreamlike portrayal of a woman writer struggling to claim her craft in the 1950s, an era dominated in the public imagination by “happy housewives” yoked to male breadwinners. A strange brew of fact and fiction, biopic and gothic romance, it tells a story of Jackson that sounds and feels like a story Jackson would tell: eerie, unreal, and deliciously weird.

Jackson is a compelling figure today for the same reason she gave her contemporaries fits: As both writer and housewife, she embodied identities that were incompatible according to the norms of her time. The New England houses where Jackson lived with her husband, literary critic Stanley Hyman, were filled not just with books and typewriters, but also with kids (four of them!), dogs, skates, and baseball gloves. The woman who was best known for her creepy fiction also wrote children’s books and “domestic humor” columns for women’s magazines. She even contributed to an advice book titled Special Delivery: A Useful Book for Brand-New Mothers (1960). During Jackson’s lifetime, literary critics routinely puzzled over what they saw as a schism between her unnerving storytelling and the witty family anecdotes in Good Housekeeping. (These pieces were later collected into two memoirs: 1952’s Life Among the Savages and 1957’s Raising Demons.) Even feminist critics weren’t immune to this tendency.

In The Feminine Mystique (1963), Betty Friedan observes that Jackson’s domestic humor writing made it sound, ironically, like she didn’t work for a living. To Friedan, this made Jackson complicit in the plight of the ’50s housewife: By slapping a comedic veneer over unpaid labor, her memoirs were part of the ideological machinery that supported postwar gender retrenchment. But it’s the overlaps and dissonances between Jackson’s identities that give her work its special charge. Her stories of white women and their houses, both the humorous and the horrifying, form something like an extended case study. Collectively, they’re a textured, nuanced examination of the forces that recruit women into predefined social roles on the one hand, and, on the other, an exploration of women’s capacity to reinvent or revolt against these roles. The academic shorthand for this tension is “structure and agency,” a phrase that refers to how our lives and identities are shaped by unchosen conditions and how we intervene in those conditions through practices like storytelling.

Jackson the writer is endlessly rewriting the midcentury housewife life that claimed her, mapping its cold spots and dark corners and summoning alternatives to a father-knows-best world. Sometimes splintering under the pressure of the house, sometimes bending it to their will, Jackson’s women are mad, murderous, and witchy as hell. And the boundary between her eerie fictions and funny family stories isn’t as fixed as it seems. Raising Demons begins with the story of how Jackson’s family went from renting a big white house to buying a bigger white house in North Bennington, Vermont—an undertaking she frames in terms of fatefulness. It begins with a detailed account of Jackson hefting a box of her children’s sporting gear all over the rented house and discovering there’s nowhere to put it. The house, she sees, is full. She comments along these lines to her husband and children, and the next thing you know, “the grocer said he heard we were thinking about moving”—and so did the postman, and Mr. Cunningham at the gas station, too.

Jackson likens the sense of inevitability that settles over her to the “feeling I get when I try to stop my car on an icy hill.” Her tone is light, but this description of being claimed by the property anticipates the horrific ending of The Haunting of Hill House, in which the protagonist drives her car into a tree and wonders why she’s doing it. And Jackson’s account of the local gossip network that funnels her into her new home—the grocer, the postman, the gas-station attendant—is only a little shy of the more sinister depictions of village life that pervade her work. When the ostracized teen protagonist of We Have Always Lived in the Castle (1962) goes into town, she endures giggles and stares and keeps her back turned to the “flat grey faces with the hating eyes.” Jackson’s generic dexterity allowed her to construct blueprint after blueprint of who she was supposed to be and look for secret passageways that might lead to something else.

Decker’s Shirley lifts this struggle off the page. As some critics have pointed out, Jackson the housewife doesn’t quite appear in this film, in part because it sidesteps the existence of her children. But Shirley focuses on an adjacent figure: the faculty wife, a role that claimed Jackson via her husband, who taught for years at Bennington College. “A faculty wife is a person who is married to a faculty,” she quips in Raising Demons. “It is considered probable that ten years or so ago she had a face and a personality of her own, but if she has it still, she is expected to keep it decently to herself.” This sheds light on a scene in Shirley when Jackson (Elisabeth Moss) attends a posh party hosted by the wife of the dean. While Stanley (Michael Stuhlbarg) flirts and cavorts with his colleagues, Shirley sits alone, alienated from the bustle. She drinks and watches and drinks some more and then purposefully pours red wine on the white silk sofa she’s sitting on.

Unable to keep her personality “decently” tucked away, she revolts against her role as Stanley’s wife, which makes her revolting to those around her. Like so many of Jackson’s protagonists, she chooses outsiderness over conformity. But it comes at a cost. “They talk about me in town,” she says. “I see things on people’s faces. They’re afraid to brush up against me. My dark thoughts are going to infect them.” And Jackson’s dark thoughts are infectious. That’s why Rose (Odessa Young) is aroused by Jackson even before meeting her. Shirley opens with newlywed Rose reading “The Lottery” on a train, a smile playing on her lips as she reaches the ritual murder at the end. Thrilled, she pulls her husband into the bathroom for a quickie. The scene sets the stage for the entanglements of desire and identification that follow, in which Shirley sees a younger version of herself in Rose and Rose begins to discern—and plot against—her own faculty-wife future.

The two women playing footsie under the dining table is an expression of queer desire in the most capacious sense. What these women want might be each other, but it’s more than that, too. Or, putting it differently, what they want is more. They want to want things and feel things and do things that exceed their prescribed roles, even if it makes them outcasts. By the film’s end, when Rose and Fred (Logan Lerman) leave the Jackson-Hyman household with their newborn in tow, Rose is transformed. And when Fred assures her that soon “everything will be back to normal,” she balks. “Nonononono,” she tuts, right on the edge. “I’m not going back to that. Little wifey. Little Rosie. That was madness.” Shirley draws inspiration from the story Jackson is depicted as writing in the film, Hangsaman (1951), a novel that was at the center of a crisis she experienced toward the end of her life.

Jackson the writer is endlessly rewriting the midcentury housewife life that claimed her, mapping its cold spots and dark corners and summoning alternatives to a father-knows-best world.

In 1960, as a joke, Hyman gifted his wife a book of literary criticism: Jeannette H. Foster’s Sex Deviant Women in Literature (1956). Jackson was dismayed to find Hangsaman described by Foster as “an eerie novel about lesbians.” This discovery, she wrote, “completely disintegrated” the novel she was working on at the time, We Have Always Lived in the Castle, which would be the last novel she completed before dying from cardiac arrest at the age of 48. In an unpublished and unsent letter described by biographer Ruth Franklin, Jackson is horrified by what inferences of lesbianism would mean for Castle—which, in it’s early draft form, told the story of two women conspiring to poison one of their husbands. On one level, Jackson was negotiating the homophobia of her era: She uses words like “unnatural” and “unholy” to describe the relationship that might be imposed on her characters. But I agree with Franklin that there’s a deeper disquiet at work here.

Castle “is not about two women murdering a man,” Jackson concludes. “It is about my being afraid and afraid to say so, so much afraid that a name in a book can turn me inside out.” Reading between the lines, Franklin proposes that Jackson is referring to “the fear of what lesbianism represented to her, something that on one level she fervently desired even as she feared it: a life undefined by marriage, on her own terms.” The lesbian is just one figure for such an alternative—and one that, especially in the ’50s, would have threatened to eclipse the other others in Jackson’s world: mad girls and murderesses, witches and seers. Like the writer herself, Jackson’s women contain multitudes. This makes them thrillingly queer—a term that, queer theorists argue, doesn’t so much name an identity as gesture to all the ways identities come undone.

I’m not making claims about Jackson’s sexual orientation. “Queer” strikes me as a good word for her project because it carries within it the force of a verb. Queerness happens when our everyday practices and modes of self-fashioning don’t line up with the range of identity possibilities afforded by the time and place in which we live. It happens when we say and do things that don’t “make sense” in relation to the norms that govern our lives. Jackson sought to write her way out of a life defined by others, to imagine versions of womanhood that scramble the code of the “happy housewife” and the patriarchal world it props up. She wasn’t looking for new labels. She was building a house roomy enough for her messy, multiple selves.

Read this Next: Ms. Jackson If You’re Scary 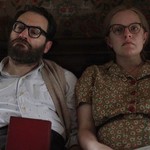 by Jourdain Searles
The film explores what happens when Shirley Jackson meets a younger reflection of herself. 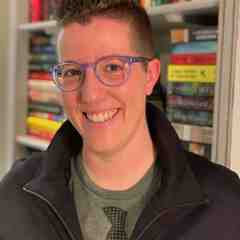 Trimble is a writer who teaches courses incultural studies and gender studies at the University of Toronto in Ontario, Canada. Her first book, Undead Ends: Stories of Apocalypse, is available from Rutgers University Press. Trimble is a puppy parent, horror nerd, and big-time NBA fan.