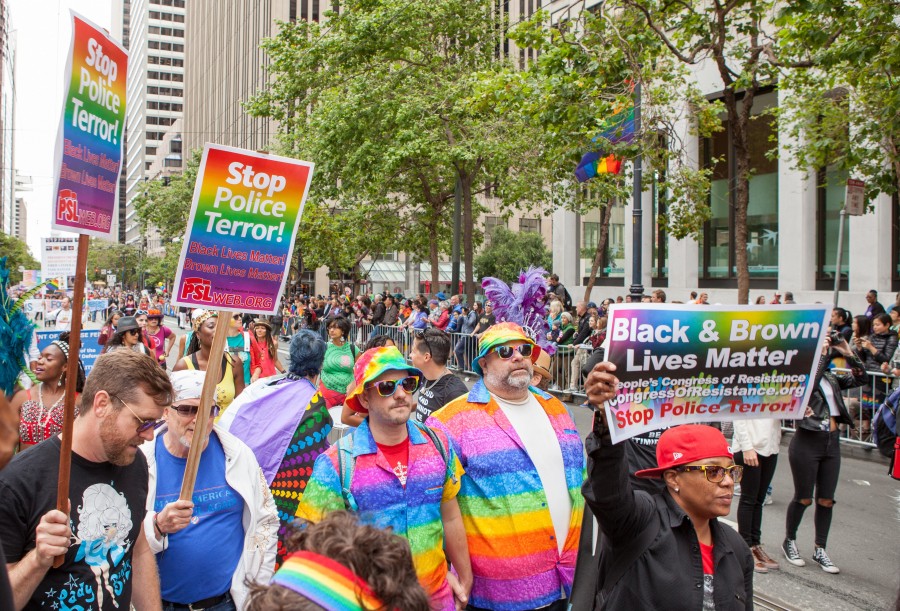 On June 13, a trans woman was arrested for attempting to burn a “Blue Lives Matter” flag at Philadelphia Pride. Eighteen-year-old ReeAnna Segin was thrown in jail for “trying to set a blaze among a crowd,” though burning a flag is a legal form of expression in the United States. The “Blue Lives Matter” flag has been used as a rallying symbol for those wishing to visibly support cops as they face a lot of necessary criticism—including whether or not their presence is needed at Pride.

Activists also disrupted Edmonton, Canada’s Pride parade on June 11, and the Edmonton Pride Festival Society decided to adhere to their demands, including banning not only police, but also the Royal Canadian Mounted Police and military members from marching in future parades.

“One of the biggest issues is that there’s a lot of individuals within the queer and trans community, within the people of color community, that just don’t feel comfortable around the police because of their personal experiences of trauma,” protester Shay Lewis told the CBC. “When police are there, they don’t come.”

Officers were already banned from marching in Edmonton’s Pride this year, a compromise for law enforcement and the LGBTQ people who disagree with their participation. Other cities, such as Toronto, Calgary, Vancouver, and London, similarly prohibit cops in uniforms from marching. In the United States, however, the ban has been met with more resistance, despite the continuous stories about and videos of police misconduct.

Police officers say that being banned feels “divisive,” especially for LGBTQ officers. “Today I learned I was asked to step back into a closet by a group of people who should know better,” Portland, Oregon officer Tashia Hager said in a Facebook post. “To have my own gay community tell me to hide a part of who I am seems to be against everything they stand for.” In 1992, former Portland Police Chief Tom Potter participated in a Pride parade to support his daughter Katie, an officer and a lesbian, and many of his fellow officers turned their backs on him.

So for some LGBTQ members of law enforcement, marching in uniform with the support of their precinct feels like a hard-won victory. On the other hand, many LGBTQ activists are arguing that banning uniformed police makes Pride more inclusive. “I was sexually assaulted by cops who wanted to figure out what genitals I have,” said Zoe, a queer activist, writer, and public educator. “Cops being at Pride is an insult to all the queer people that cops have harmed.” Ani L, a queer femme, agreed. “My most violent abuser was a cop. I am thriving now and well aware that I’m safe and that he’s far away, but logic ain’t how complex post-traumatic stress disorder rolls. Expending mental and physical energy to calm my amygdala about triggery cop uniforms while celebrating Pride feels particularly ludicrous.” 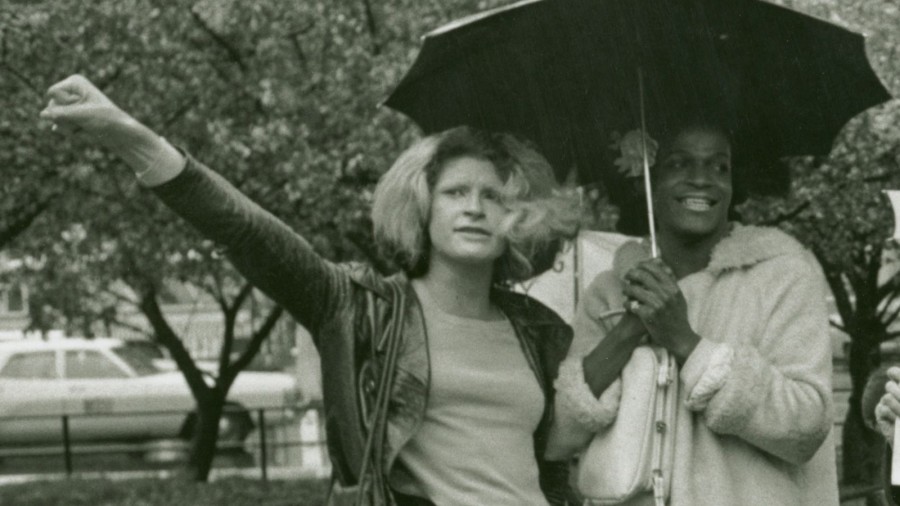 It is vital to remember that Pride started in the late 1950s as a series of riots and protests against police officers who harassed customers at gay establishments, but America’s first gay rights organization, the Society for Human Rights in Chicago, shut down because of police riots. While the 1969 Stonewall riots are often cited as the beginning of the LGBTQ resistance against law enforcement, the Cooper’s Do-nuts protest in Los Angeles (1959) the Dewey’s sit-in in Philadelphia (1965), and the Compton’s Cafeteria riots in San Francisco (1966) were just a few actions before Stonewall where police clashed with LGBTQ patrons.

Pride was born in opposition to the police, so it’s understandable why many people feel so strongly about uniformed officers participating, particularly when they have been instrumental in violence against Black, Brown, and trans people. It’s a tension that hasn’t dissipated over time. In Columbus, Ohio last year, four Black queer activists (the Black Pride Four) were arrested for silently linking arms and blocking the parade route. They were protesting the acquittal of the Minnesota police officer who killed Philando Castile as well as the widespread violence against transgender women of color.

Pride Toronto, for example, has the “Drinks on the Go” program, a prepaid wristband system for those who want to legally drink alcohol. And all partygoers must bring government ID, be prepared to show that ID if asked, and also allow their bags to be searched at any time. Additionally, there’s a list of banned objects and activities that includes no aerosol cans (including spray-on sunscreen), no foul language, and no “disrupting activities,” whatever that means. Vague rules like this increase the risk that LGBTQ people (particularly those with multiple marginalizations, like Black and Brown folks and/or those who are targeted by transmisogyny) will be targeted at their own celebration.

Pride started as a riot against the police. They don’t get to co-opt that plight.

A 2017 survey from Harvard found that one in six LGBTQ people avoid calling the police for fear of harassment, with that number doubling for POC. And since Pride parades have a long history of demonstrating against police, asking them to contain “disruptive” behavior feels like a betrayal as well as a misunderstanding of the relationship between marginalized people and law enforcement.

“The Victorian police have recently been much more brutal towards protesters, which is terrifying. Also they might try to deport me,” said queer performer Creatrix Tiara. Pride participants are also concerned about who the police are protecting at Pride and who they’re arresting.

“The cops only showed for pride in Harrison, Arkansas (headquarters of the ShieldWall Network, the Knights of the Ku Klux Klan, and the Christian Identity Ministries) when they heard armed leftists were going to show,” said Cat Fein, who lives in the area. “This year, the Nazis still showed up to harass Pride participants, and the Klan and the Christian Identity Church still showed. We had two cops, though we had death threats and doxxing of organization members.”

While officers want to be welcome at Pride, they need to better demonstrate their solidarity. Painting cop cars with rainbows and parading out a handful of LGBTQ officers every June is not enough.

“It’s so performative considering how they act the other 11 months out of the year—targeting Black and Brown LGBTQ youth, especially trans women, and in some cases even raping or abusing them,” Rafaella Gunz, a writer, journalist, and bisexual woman, said. “They do not belong in a Pride parade, waving and smiling, decked out in rainbows. Pride started as a riot against the police. They don’t get to co-opt that plight, especially since nothing has changed on their end.

It will take years of unlearning transmisogyny, racism, homophobia, and ableism; demonstrating that they’re open to being criticized about their past behavior; and working on their own house before they’re allowed in. LGBTQ officers still experience harassment, so if law enforcement can’t be trusted to respect their coworkers, why should the greater community trust them?

There is a lot of damage, both past and present, to heal if LGBTQ cops and those who support them want a place at Pride. If precincts want to march in Pride parades, they need to show they’re different from the officers who dragged bar patrons into the streets, beat them, and arrested them not so long ago—and they need to stop enforcing that violent history at Pride celebrations.