Lift Every Voice“Shout Your Abortion” Is Changing the Conversation 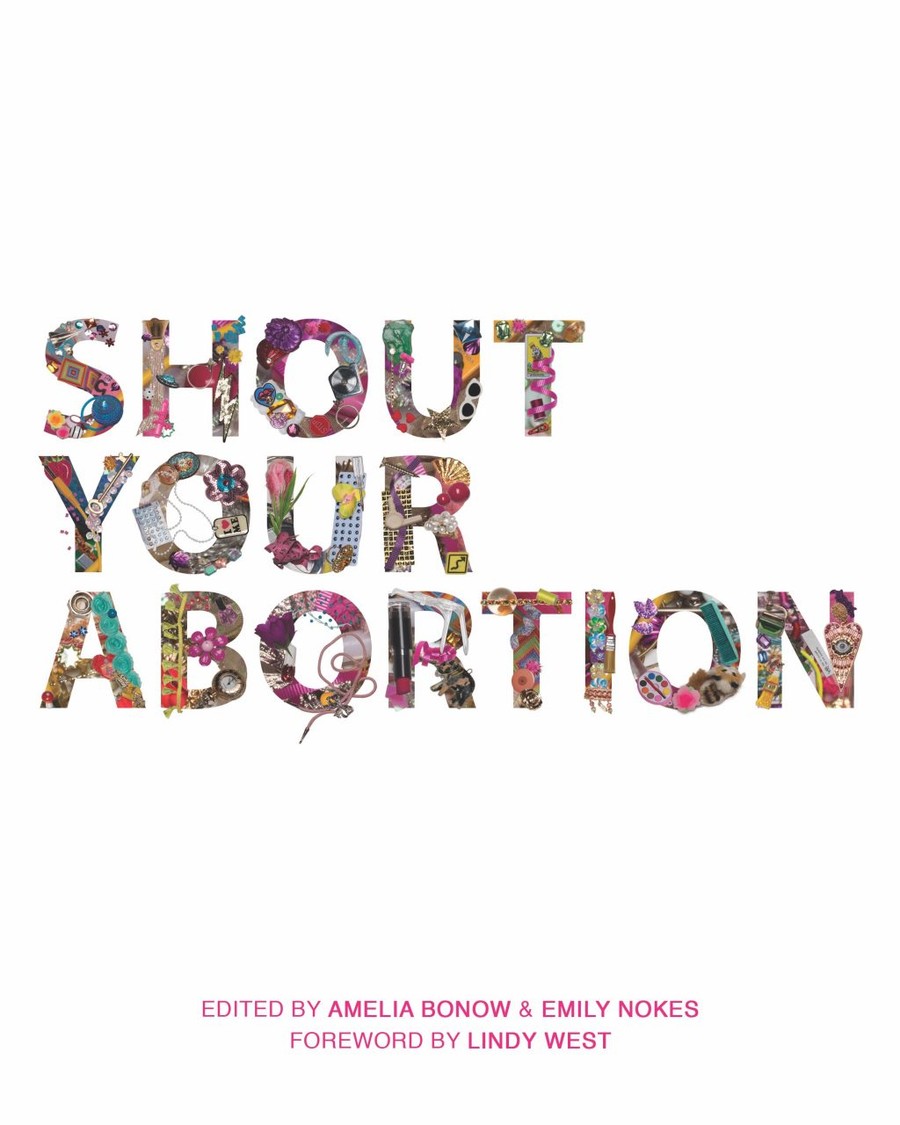 In 2015, Amelia Bonow shared her abortion story on her Facebook page.

Roughly a year after having her abortion, Bonow watched as the House of Representatives voted to defund Planned Parenthood, where she had gone to have her procedure. Incensed by a culmination of rising anti-choice animus, she decided to proudly and matter-of-factly announce that she’d had an abortion—and that she regarded this experience with gratitude. A friend, appreciative of her disclosure, asked if she could share it on Twitter.

“WE NEED A HASHTAG #SHOUTYOURABORTION,” she texted.

What followed remains one of the most impactful and important pro-choice advocacy mobilizations. Bonow’s Facebook post was the catalyst for Shout Your Abortion (SYA), a movement of abortion storytelling that aims to normalize, destigmatize, and praise abortion as a common and social good. Shout Your Abortion intentionally centers the issue of abortion on the people who should be at the forefront of dialogue about reproductive choice: the people actually having abortions. Too often in the political sphere, conversations about abortion are detached from the realities of the people actually having them. This depersonalization is both fueled by and fuels abortion stigma; by removing actual abortion stories from the equation, abortion opponents can create their own shame-filled narratives that will in turn disincentivize honesty amongst abortion-havers.

Shout Your Abortion is an antidote to that culture of secrecy. Its message is abortion is normal; abortion is freedom; abortion is pro-life. Since its inception, the movement has manifested as a means to help others feel comfortable sharing their own abortion stories, from banners over highways and public events to unapologetic slogans on buttons and a column in O Magazine. Shout Your Abortion’s most recent project is a book of the same name, which will be published this month.

The aesthetic of Shout Your Abortion, which features work from over a hundred contributors, is almost candy-coated; perhaps a nod to the joy and normalcy the movement infuses into dialogues about abortion. Bright colors adorn tarot card–inspired place markers, and photos of SYA parties, merch, and other emblems are featured throughout. The book also includes interviews with abortion advocacy heavyweights such as Dr. Willie Parker and a foreword by Lindy West. The star of the show is, to no surprise, the abortion storytelling itself.

“This book is our first attempt at creating a snapshot of the movement, and in some ways, that felt impossible,” says Bonow. “SYA began as an organic collective response to oppression and because of that, it’s impossible to concretely define. A book can’t ever encompass the experience of abortion; there are an infinite amount of stories.”

Bonow—who wrote the preface, introduction, and her own abortion story for the book—says in spite of the challenges of distilling the Shout Your Abortion movement into a concrete book, she is proud of the finished product.“We took our time making it, and we included as many kinds of stories and individuals as we could. Like every one of our projects, the book shaped itself.”

In her foreword, Lindy West explains that despite the often-hostile discourse surrounding abortion, it is in fact one of the most unifying issues there is. “At the time of this writing, abortion has been legal in America for 45 years, and one in four people who can become pregnant will have an abortion at some point in their lives,” she notes, pointing to statistics that show the vast majority of Americans support Roe v. Wade and believe in the legality of abortion.

“These are not numbers that indicate controversy.”

West says the strength of antiabortion stigma and beliefs—even in liberal spaces—is “strong and pervasive” and combatting that necessitates truth telling. “It relies on the lie that only bad people have abortions. When we tell our stories, we make that lie impossible.”

The hallmark of Shout Your Abortion has always been radical honesty, a perspective sometimes lacking in progressive circles that too often sees abortion as one of the most difficult decisions a woman can make. This transparency and frankness extends to not only stories of the procedure itself but the reality that abortion decisions are interwoven with other aspects of life: children, relationships, family, and sex. Bonow, whose abortion story is refreshingly candid about sex, says this is crucial; it ensures the abortion narrative is one shaped by the experiences of people actually having abortions, as opposed to a reactive set of responses dictated by the anti-choice movement.

“I don’t know if I’ve ever heard someone say, ‘women and people who can get pregnant should be able to have as much sex as they want without fearing that they’ll be punished for an unwanted pregnancy with forced parenthood.’” she says. “We’ve all been brainwashed to beg for our rights in the most palatable, normative ways possible, and society is obviously extremely uncomfortable with sex, especially non-procreative sex.”

Bonow believes in the importance of acknowledging that people have abortions for different reasons. This is a reality strongly reflected in the pages of the book, which highlights abortion stories from cisgender women as well as gender-nonconforming and trans people and stories of people having the procedure before Roe v. Wade. The book features people of all ages who are living all over the country and abroad, including people who are religious, punks, sex workers, or mothers already. There are people for whom the abortion decision was hard, and others for whom it was easy; and people who are speaking openly and clearly about their abortions, and those who have chosen to remain anonymous. All these perspectives and more create a living, breathing, sparkling manifestation of the truth that people who have abortions are not a monolith; and that in and of itself speaks to the normalcy of abortion and the absurdity of its stigma.

“It’s important to consume a range of stories because that is the only way to begin to wrap your mind around what is essentially a universal experience,” says Bonow.

“Every single kind of person has abortions, for every single reason, and having an abortion makes people feel every single kind of way. We should talk about all of these stories because they’re all true, and because not talking [about] the things that happen to us has made us completely sick, and because exposing yourself to as many kinds of stories as possible is the exact opposite of internalizing repression as the norm.”

Shout Your Abortion is a triumph of this ethos and of these efforts, using storytelling as a way to shape the narrative around honesty and lived experiences instead of politics and anti-abortion pseudoscience. It puts a face to the issue of abortion, which is both a simple and radical goal. Simple, in that, as West put it, “abortion itself isn’t inherently traumatizing or scary or empowering. It’s simply a necessary medical procedure,” and abortion storytelling reinforces that normalcy. But the book is radical because it does so in the face of violent opposition, virulent stigma, and one of the most hostile political climates in decades. More than that, though, Shout Your Abortion is necessary—so necessary that calling it that fails to do it justice. It is crucial, vital, imperative. We need its messages more and more every day.

Read this Next: How to Support Trans, Intersex, and Nonbinary Folks in This Nightmarish Hellscape 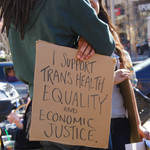 by Tuck Woodstock
Any action taken is better than standing idly by.