Sadly, Sia is Far From The First Person to Tokenize Autistic People 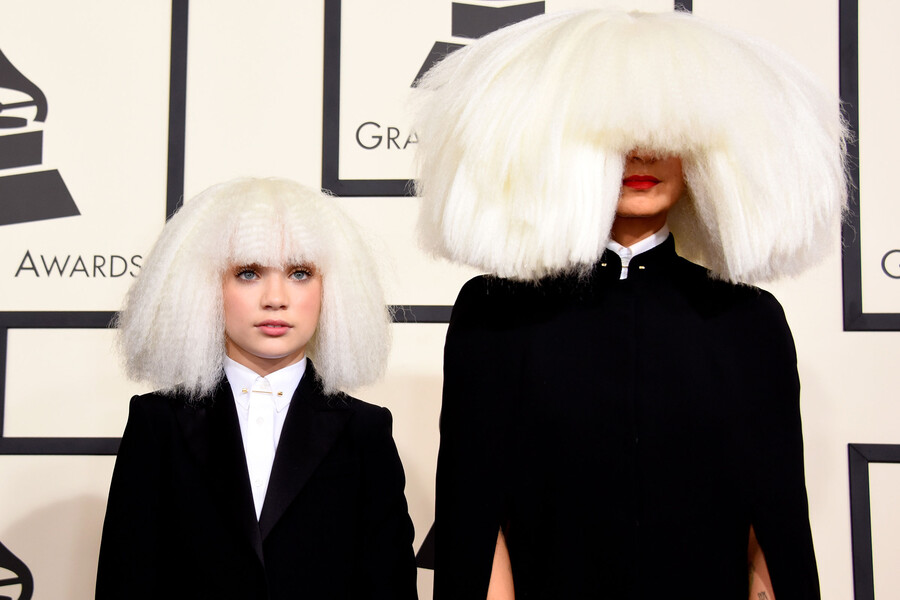 Movies often serve as neurotypical viewers’ introduction to autism, and films with autistic characters can leave an indelible impression. Rain Man impacted public perception of autism for decades after it was released in 1988; when I share with people that I’m autistic, they sometimes follow up with, “Have you seen Rain Man?” There’s a theory among people with autism that Legally Blonde’s Elle Woods is on the spectrum, and I often wish the character were canonically autistic simply because a hypervisible example like that—or, for that matter, any mainstream character who expands the idea of what autism looks and sounds like—would help counter the stereotypes perpetuated by the media and pop culture. Limited big- and small-screen portrayals of autism means that I find myself less than hopeful whenever I hear about a new film or series about a character with autism. The musician, songwriter, and now director Sia’s upcoming film, Music, underscores why.

Sia’s directorial debut stars Kate Hudson as Zu, a newly sober former drug dealer who becomes the sole guardian of her younger, autistic half-sister, Music (Maddie Ziegler), who is nonverbal and uses augmentative and alternative communication (AAC). The buzz surrounding the film suggests that Music is primed to become the Rain Man of 2021. Sia even summarized it as “Rain Man [as a] musical, but with girls” in an October Variety interview. Ahead of the film’s January release, the trailer has led to explosive discourse about the representation of autistic people in films. In it, Zu’s neighbor and friend, Ebo (Leslie Odom Jr.), explains to the confused new caregiver that Music “can understand everything you are saying to her” and that “she sees the world in a completely different way from us.”

Specifically, Music’s views the world through colorful, over-the-top dance sequences—a perfect tie-in to Sia’s accompanying soundtrack, and a nod to the camera-shy musician’s own history of theatrical, dance-centric videos. Much of the frustration about Music’s representation, in fact, stems from the fact that Sia cast her frequent video alter ego, the non-autistic actor and dancer Maddie Ziegler, in the title role. In this, Music doesn’t stand alone: 95 percent of characters with disabilities in film and TV—recent examples include Me Before You (2016), Wonder (2017), and The Upside (2017)—are played by nondisabled actors. Given that 85 percent of autistic college graduates are unemployed, it’s frustrating that a movie named for and centered on an autistic character wouldn’t cast an autistic actor in the role.

And it’s not just that Music is an autistic character played by a non-autistic actor; she’s a nonspeaking character. If portrayals of autism onscreen are rare, portrayals of nonspeaking and non- or semi-nonverbal autistic characters are far rarer and those that exist, like Life, Animated (2016) tend to be infantilizing and stigmatizing. These portrayals rely on outdated labels like “high-functioning” and “low-functioning” that many autistic people advocate discarding because they cause more harm than good. Functioning labels attempt to categorize people on the autism spectrum according to their performance at tasks—including communication— whose metrics of success are set by the neurotypical world; resources and accommodations are often denied to autistic people deemed “high-functioning,” while the right to live autonomously and independently are likewise denied to those categorized as “low-functioning.”

There is obviously a lot to consider in discussions of both casting and portraying characters with autism, and the release of Music’s trailer could have sparked an important dialogue. Instead, when autistic advocates articulated the problems inherent in the film’s casting, Sia chose to respond in anger, tweeting, “Grrrrrrrrrr. Fuckity fuck why don’t you watch my film before you judge it? FURY.” When I was diagnosed with semi-nonverbal autism as a young child, medical professionals put me into the “low-functioning” box, with attendant assumptions about what my life would look like: I would never be able to live independently, I would struggle to graduate from high school, and that it would be difficult for me to hold a job. The reality is that—as Sia voiced in her Variety interview in an instance of true allyship—no two autistic people are the same, which is why it’s reductionist to judge an autistic person based on outside perceptions, even clinical ones.

Meeting me as an adult, you could assume that I’m “high-functioning” because I’m a published journalist; if we met on a day when I’m nonverbal and have to use AAC to tell my wife what I think we should do for dinner, however, you’d likely perceive me as “low-functioning.” Functioning labels further marginalize autistic people within a neurotypical society. And yet Sia referred to Music as “quite low-functioning” in that Variety interview, which suggests that if she did spend, as she has claimed, three years researching autism, little of that time involved learning directly from the autistic community. In recent tweets, Sia expressed that it would be cruel to cast someone at Music’s “level of functioning”—again reiterating assumptions about nonspeaking autistic people—and said that she tried to cast a nonspeaking actor who found the experience “extremely stressful and overwhelming,” concluding that casting Ziegler felt “more compassionate.”

The implication is that a nonspeaking autistic actor who might require accommodations on set is, in essence, incapable—thus reinforcing ableist ideas that already lock out such performers. By contrast, one of the main characters in the 2020 Pixar short Loop is a nonverbal girl of color played by Madison Brandy, an autistic teenager who is mostly nonspeaking, which shows that casting nonspeaking actors can be done well and that it’s possible to make set accessible to neurodiverse actors. But collaboration is key: The Loop team collaborated with the Autistic Self Advocacy Network, an autistic-led organization, while Sia consulted Autism Speaks, a group that has long been criticized in the autistic community for countless examples of harm. (To this, Sia tweeted, “Autism [S]peaks came on board long after the film was finished, four years in fact. I had no idea it was such a polarizing group!”)

Sia’s repeated use of the terms “compassionate” and “kind” speak to a patently infantilizing view of nonspeaking autistic people: Instead of allowing these actors to tell her what they need in order to perform well, her patronizing language attempts to speak for them and suggest she has their best interests at heart. Sia’s words make it that much harder for the next up-and-coming nonspeaking or AAC-using autistic actor to be honest about what they need to make filming accessible to them; for autistic people at large, attitudes like hers confirm the already-extant fear that anything that might labels them difficult to work with will keep them from opportunities altogether. That’s why 61 percent of employees with disabilities report they’ve never disclosed their disability to a manager at work, according to a recent Center for Talent Innovation’s “Disabilities and Inclusion” study.

Sia would prefer that people to wait and see Music before criticizing the film, but the trailer, brief as it is, doesn’t inspire confidence. References to Music as a “magical little girl” hint at a narrative where Music serves as a vehicle for other characters’ development and prime audiences to empathize with Zu, rather than with Music; her way of communicating and seeing the world are othered by default. This isn’t surprising, given that most media that centers autism isn’t designed to make us empathize with disabled characters. In a September 2019 Marie Claire interview, Ziegler said that one way she prepared for filming was by watching YouTube videos of autistic kids melting down posted by their parents, which feels like a strange way to understand a community you’re not a part of. Meltdowns are some of autistic children’s most stressful, intensely vulnerable moments, and the fact that these were filmed and shared by their parents (possibly without consent) doesn’t make them good fodder for driving an acting performance.

Sia could have responded thoughtfully to the criticism that greeted Music’s trailer. Instead, she elected to get defensive and angry, rather than reflecting or apologizing for potential harm (as Anne Hathaway recently did regarding her role in The Witches, which equates limb differences with evil.) But Music, if nothing else, illustrates exactly why we need more films about nonspeaking and AAC-using autistic people that are created by and for us. If Rain Man was many people’s first introduction to autistic people in the late 1980s, Music will do that in the 2020s, and will be especially significant for girls and young women. Had the film prioritized and centered the autistic community, it could be an empowering perspective on the experience of being nonverbal in a world that hails speech as the definitive marker of an intelligent, capable person, one that allows audiences to genuinely empathize with a character who has motivations, complicated emotions, and flaws rather than simply being a plot device for nondisabled characters. But Sia’s response has made one thing clear: This film isn’t it.