Under the Red LightPrivacy Concerns Abound with the Silhouette Challenge 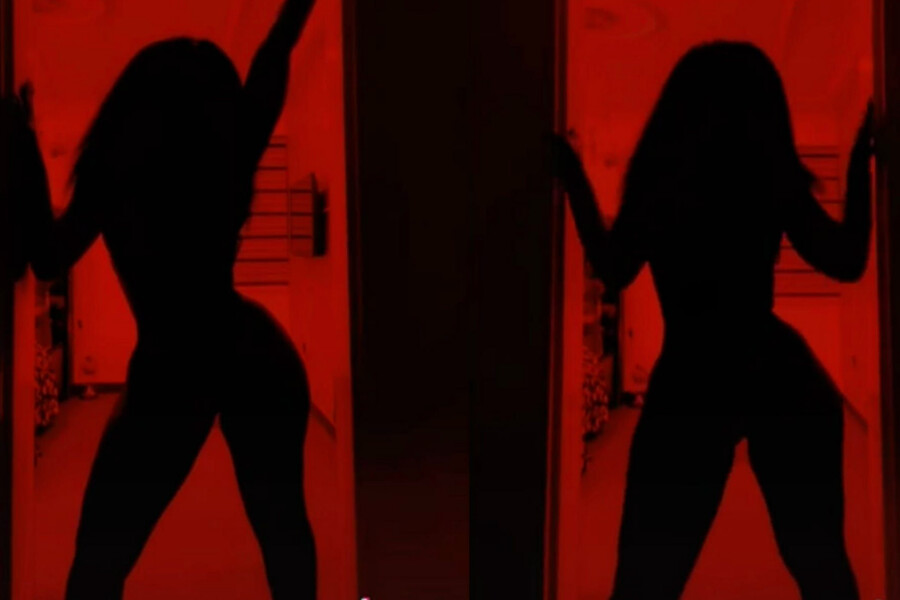 There has been a recent surge in online challenges that allow women to celebrate their sensuality—and a surge in online harassment that specifically targets women who participate in them. Take, for instance, TikTok’s Silhouette challenge: Everyone from everyday people to celebrities like Chloe Bailey and Cardi B have participated, amassing more than 253 million collective views on TikTok. The challenge starts with women posing fully clad in front of a doorway, while Paul Anka’s 1959 song “Put Your Head on My Shoulder” plays. Midway through the challenge, the song slows as participants display their sultry silhouette against a red filter from Snapchat that’s been repurposed for TikTok. Though viral challenges have been an entertaining way to connect during the pandemic, the Silhouette Challenge has been the source of great controversy, especially for Black women. The filter itself has become symbolic, a means for women to protect themselves as they dare to be confident in their bodies.

Olotu Funke, who considers herself as an exhibitionist, doesn’t upload explicit video content on Snapchat because she’s seen men blackmail women with their own pictures and videos. She’s also received unsolicited, inappropriate photos from men. However, she decided to participate in the Silhouette Challenge because the red filter made her feel safe. “The red light obscured a lot of details, so I was comfortable sharing that particular video online,” she tells Bitch. However, she quickly deleted her video when men began removing red filters from participants’ videos so that the bodies and faces of the women became clearer. In the last week, dozens of tutorials have popped up on YouTube to teach men how to remove the filter from these videos and view women’s naked bodies without their consent. “I saw random videos of women who participated in the challenge being edited into black and white, which made their faces more revealing,” she says. “It sucked.”

Though the challenge was meant to be empowering, it quickly backfired: Twitter users began warning women that organizations could potentially terminate job offers and other opportunities for those who participate. Others warned that the video could jeopardize a woman’s future romantic relationships. This soon led to the creation of the #IStandAgainstSilhouetteChallenge hashtag on Instagram as well as the words “vaseline”—alluding to the use of the videos to masturbate—and “ashewo”—calling women who participated in the challenge sex workers—to trend. What was once a harmless challenge has become a tool to yet again control women’s bodies. This criticism arose especially among social-media users in Nigeria, a deeply conservative country. According to the CIA’s World Factbook, more than 53 percent of Nigerians are Muslim, nearly 11 percent are Roman Catholic, and more than 35 percent are Christian, and due to religious and cultural beliefs that positions men as superior, a woman’s body is generally seen as an object that exists mainly to please her husband.

“Most Abrahamic religions encourage and propagate the subjugation of women, either through submission rhetoric or by teachings overly focused on female chastity,” Mofiynfolwa, a feminist writer and podcaster, says. This results in a widespread belief that women who display any parts of their bodies in their dressing or pictures are irresponsible and are to blame when they’re abused sexually. This is the foundation of the endemic culture of victim-blaming and restricting women’s body autonomy that now dominates the online world. Online victim-blaming has tangible offline impact: When Amanda, a 25-year-old lawyer, used to be comfortable tweeting photos of her body to her less than 100 followers. Still, she was careful. She would often share blurry photos of her breasts or black and white photos in lingerie at midnight and delete them soon after. “It was never anything too revealing because I didn’t want the photos to get back to my parents who would definitely disown me if they saw a completely nude photo of me online,” Amanda, who asked not to be identified by her real name, says. However, she didn’t know that one of her followers was collecting these photos and sharing them with her employer. “One day, I was called into my boss’s office and he began asking me if I did anything on the side,” she says. “After a few questions, I realized he was referring to the photos I shared on Twitter and suggesting that I was a sex worker.”

Her boss, a man in his late 50s, showed her some of the photos and suggested she send them directly to him instead of publishing them online. “He told me that the company [a law firm] was conservative and that they didn’t tolerate the way I showed myself off online,” Amanda says. She was shocked: Though she understood her boss had invaded her privacy and sexually harassed her, she didn’t know how to fight it without it being construed as something she brought upon herself. “I couldn’t believe that I was being told what I could post and not post on my social media or what I could do with my body,” she says. “I was so distressed by the entire thing that after a month of mental gymnastics, I quit [my job] and deleted my social media.” Amanda’s experience is common for women who use social media: From being denied opportunities to experiencing name-calling and bullying, women across platforms are policed by men and other upholders of the patriarchy.

A 2020 global Plan International survey found that one in five girls have left or significantly reduced use of a social media platform after being harassed—being on the receiving end of abusive and insulting language, being blackmailed, and body shaming—and 12 percent of those surveyed have changed the way they express themselves online because of the harassment. Mofiynfolwa knows these realities all too well: After she posted a bikini photo on social media, her mother called a family meeting to tell her she was embarrassing her boyfriend. “She said that I shouldn’t be sharing what belonged to him with the rest of the world,” Mofiynfolwa says, before adding that this line of thinking spills over onto the Silhouette Challenge. “They believe that women exist for their pleasure, so to see these women participate in the Silhouette Challenge for themselves, not for any man, makes them want to punish us,” she says. Though some people argued that removing the red filter didn’t constitute a privacy violation because the women uploaded the videos themselves, attorney Timinipre Cole says removing the filter breached the boundaries of each woman’s privacy.

What was once a harmless challenge has become a tool to yet again control women’s bodies.

“In saner climes, acts like this would be considered revenge porn—a term broad enough to include various forms of nonconsensual image-based abuse,” Cole says. But that’s not enough to protect these women. “Nigerian laws do not formally recognize revenge porn as a crime. Therefore there is no prescribed punishment for people who commit such violations of privacy,” Cole continues. “When it comes to cases of explicit content most of our laws are designed to protect the public from what the government considers to be ‘obscene or immoral material’ rather than protect individual privacy.” This remains the case, even though the Nigerian constitution protects the privacy of all citizens. However, the Nigerian legal system has never protected women’s right to body autonomy: In 2008, a bill for an Act to Prohibit and Punish Public Nudity, Sexual Intimidation, and Other Related Offences was proposed in the Nigerian Senate. Though the bill passed the first and second hearings of the Senate, it was eventually killed.

The bill prescribed a prison term of three months for public nudity. “In this bill, nudity was defined as a state of indecent dressing which exposes in the public or in the open the breast, belly, waist, and lap of a female above the age of 14,” Cole says, before adding that Nigeria’s religious and cultural beliefs about women influence the laws that get proposed and passed. “Because Nigeria is a society that doesn’t consider women full beings but sees them as an extension of their fathers or husbands, laws are never made with the intention of supporting women’s power of choice or autonomy.” She believes that a solution might be to expand the Cyber Crime Act 2015 to include offenses like cyber harassment and nonconsensual pornography. In the meantime, women have to protect themselves online. Though Olotu hates that she must factor men’s behavior into her decisions about what to post, she uses a burner account that she only shares with people she trusts. Amanda, on the other hand, is still so scarred by her experience that she’s left social media altogether. “One side of me wants to come back online and damn all the consequences, the threats, the name-calling—as a lot of women I know are doing,” Amanda says. “Another part of me couldn’t care less. I do hope that we eventually get to the place where women’s bodies will no longer be a topic for hot debate on online and offline.” 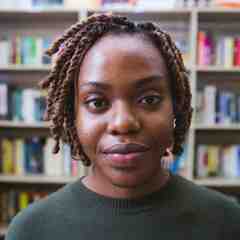 Ope Adedeji is a writer and editor from Lagos, Nigeria. She is an editor-at-large at Zikoko Magazine and was the managing editor at Ouida Books. Her work has appeared in Catapult, Mail and Guardian, Minority Africa, Lolwe, and McSweeney’s Quarterly. She is currently a Booker Prize Foundation Scholar at the University of East Anglia.