A silicone sex doll is displayed on March 5, 2018 in a room of a "brothel like" establishment in Paris where customers can pay for sexual intercourse with dolls, the first of its kind in France. (Photo credit: Joel Saget/AFP via Getty Images)

LAS VEGAS, NEVADA, also known as Sin City, is less than two hours away from the Arizona border, home to 136 of Nevada’s 441 casinos, and—to the surprise of many—there’s not a single brothel in sight. Though Nevada is the only U.S. state that has legalized sex work, it’s not legal in Clark County, which is home to Las Vegas. Perhaps this is why some residents were outraged when, in November 2019, an alleged sex-doll brothel opened in the city proper. A self-proclaimed “interactive business” where potential clients could try dolls before purchasing them, Sex Dolls Experience claimed to be the first of its kind in Nevada. Reports say clients could customize the doll’s hair, costume, ethnicity, and even genitalia prior to their encounter. Although the business denied being a brothel and didn’t advertise itself as one, those who visited say they were given a private room with a television, optional porn, condoms, and lube. Sex Dolls Experience was short-lived: The company’s lease ended in February 2020, and it didn’t renew, likely due to community complaints about the company operating without a proper license.

The company’s website, which had a contact email, has also been taken down, leaving only an empty page. (Sex Dolls Experience did not respond to an interview request.) It turns out, however, that Sex Dolls Experience wasn’t actually Nevada’s first sex-doll brothel; allegedly, an underground brothel has been running since 2019. Mindful of the backlash in Houston—a Canadian company tried to open a similar business there, only to be blocked by the community and city council claiming, ironically, “We are not Sin City”—this underground brothel has been advertised exclusively by word-of-mouth. (It is unclear whether either brothel has been operating during the pandemic.) Aboveground sex-doll brothels may not be coming to the United States anytime soon, but their numbers have increased around the world. In Canada, companies such as Bella Dolls and Aura Dolls were booming as of 2019. Aura Dolls, advertised as a brothel, promised clients a “realistic sensual experience with a girl who is made just for you.” Though Bella Dollas has since shuttered, it similarly called itself the “place to be” for “pure indulgence, absolute freedom, and a way to make all your fantasies reality.” Both companies showcased their most “popular girls” or their “ladies of the week” online; this included not only pictures of the dolls (both clothed and unclothed) but also their “ethnicity,” height and bust descriptions, and “personality” traits such as “innocent, cute, perky.”

Unsurprisingly, neither company listed their physical address online, instead promising to reveal that information after a client booked an appointment. To avoid zoning and licensing issues, some companies got creative and elected to deliver the dolls directly to clients’ homes. The owner of Bella Dolls had a sex-doll rental company, House of Dolls, which made 15 deliveries per month. In July 2019, the company Natrl Dolls followed suit: Although it has since shuttered due to covid-19, as late as September 2020 it had advertised male, fantasy (e.g. elven), and “Latina” dolls, in addition to its usual selection. If not for the pandemic, these and other brothels might have survived, an idea that worries some sex workers, especially because the pandemic will end eventually. In a 2018 Vox article, legal sex worker Allissa worried about the trend: “If any guys start using these brothels, the dolls can’t consent and they have no limitations…clients would think that [a lack of limitations] was normal.”

Many sex workers are eager to get back to work, but it’s proving difficult. Nevada’s brothels, for example, have remained closed during the pandemic, although some now offer nonsexual escort services. Governor Steve Sisolak has said that reopening brothels isn’t “on his radar,” despite detailed safety plans from brothel owners and a lawsuit leveled at the him by licensed sex worker Alice Little. “Right now, there are zero legal options for sex workers in the United States,” Little told Bitch. “By keeping the brothels closed, [Sisolak] is directly endangering workers like myself who came to Nevada to work legally.” In theory, there is little wrong with sex dolls if they’re seen as the logical continuation of the centuries-old practice of using sexual devices. Despite the ableist perspective that sex dolls should be for people with “social skill deficits” or who are elderly or disabled, there are a growing number of married people and women purchasing the dolls. This has become even more common since the pandemic changed the very nature of sex and dating.

As the conversation around sex dolls, and in the future sex robots, continues, remembering what’s at stake—the lives, livelihoods, and safety of sex workers—is paramount.

So the problems exist in the potential implications places like sex-doll brothels might have when human sex work is continually stigmatized and criminalized. From a business perspective, Little’s concern is a real possibility. Unlike legal human brothels, sex-dolls brothels are allowed to advertise on billboards, making them more visible to potential clients and possibly increasing their demand. Because Nevada’s sex workers are contractors, they pay brothel owners a whopping 50 percent of their earnings, without any of the protections or benefits offered to employees. Dolls don’t have these human concerns. Though human sex workers have gotten increasingly creative during the pandemic, moving business online is complicated. Little warns that sex workers “are always at risk of being deplatformed and losing their ability to make money online,” adding that her Twitter account, which she’s had had for more than five years, with 60,000 followers, was recently suspended with no reason given. Technology is a short-term solution—a Band-Aid isn’t the fix for a bullet hole.” The bullet hole, in this case, is the continued criminalization of sex work. The expanded interest in sex dolls during the pandemic is, Little says, “extremely troubling…I am concerned sex-doll brothels could be campaigned for in lieu of actual human brothels, which would be tremendously problematic. Dolls cannot have more rights than people.”

Little, who sees “the two industries as serving different desires and niches,” believes the solution is to work together, “perhaps even share locations where both dolls [and] sex workers are available legally!” However, she adds that “Before we start expanding options for sex-doll–related sex work, we need to legalize and decriminalize sex work for actual humans. I highly doubt sex-doll ‘brothels’ will be able to gain much traction without the expansion of actual sex work occurring first.” As the conversation around sex dolls, and in the future sex robots, continues, remembering what’s at stake—the lives, livelihoods, and safety of sex workers—is paramount. While Little is “thrilled dolls are being discussed,” she warns that “we cannot forget there are sex workers working in marginalized conditions throughout the United States.” Though interesting discussions about our potential relationship with artificial intelligence are being had, when it comes to sexual technology, sex workers rightly clamor for the attention to shift to them. “People must [be the] priority over technology,” Little says. “Before we can examine sex-doll brothels, or sex-doll sex work, [our] society must first come to terms with sex work as a whole and create a system that allows sex workers to work safely and legally.”

Read this Next: Cultivating Freedom 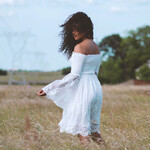 by Yannise Jean
Cottagecore is about freedom rather than loneliness.