Twists and TurnsSimone Biles, Kerri Strug, and the Trouble with “Taking One for the Team” 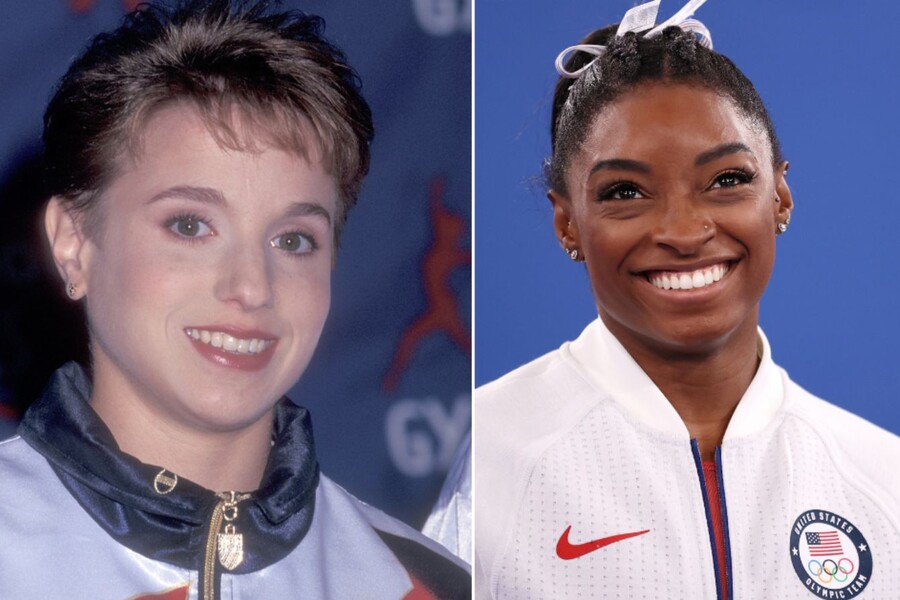 Gymnast Simone Biles withdrew from most major competitions in the Tokyo Olympics, starting with the team final on July 27, after she suffered from an ill-timed case of the “twisties.” Though Biles managed to land one vault on her feet—a Herculean task in its own right—before scratching the rest of the team final, people began claiming that she should have just taken one for the team and pushed through. However, by pulling out of the team final—and, a few days later, the all-around final, in which Biles was expected to become the first gymnast in 53 years to win the title twice in a row—Biles showed the world she was more than a mule for Olympic medals and put her health and happiness first.

Biles’s performance in Tokyo immediately drew comparisons to another iconic Olympic vault: Kerri Strug’s in the 1996 Games. The 1996 team, coached by Béla and Márta Károlyi, fought tooth and nail down to the final rotation—the vault—and 18-year-old Strug had the enormous responsibility of putting up a score of 9.43 or better. Such a result would guarantee America’s first-ever team medal in women’s gymnastics. We all know the rest: Strug sits down on her first vault. During her long walk back up the runway, we realize she’s hurt. She asks Béla Károlyi whether she has to vault again; she can’t feel her leg. He tells Strug they need her to vault a second time to get the gold, so Strug does, miraculously landing on her feet—well, foot. The roof practically blows off the Georgia Dome. Strug’s teammates and the Károlyis explode, jubilant. Then everybody notices that Strug’s not coming off the mat. She’s on her knees, grimacing in pain. Márta Károlyi, with help from another coach, carries Strug away from the vault and into the outstretched arms of USA Gymnastics team doctor Larry Nassar.

Since then, a lot of USA Gymnastics’s dark secrets have been dragged into the light, thanks to the formidable courage of hundreds of current and former gymnasts, including Biles herself. Nassar is now serving up to 300 years in prison on sexual abuse and child pornography charges. The Károlyi Ranch, once the Pentagon of American gymnastics, sits abandoned; the Károlyis face multiple lawsuits for their role in upholding a culture of abuse in women’s gymnastics. Steve Penny, former CEO of USA Gymnastics, was arrested for allegedly tampering with evidence in the Nassar case. We’ve even learned that Strug never needed to do that second vault in 1996. Team USA already had the gold medal in the bag. But because the Russian team’s final scores hadn’t been calculated—and the speed of gymnastics scoring had not yet caught up to the speed of powerful men’s ambition—there was no way for the 1996 team, dubbed the Magnificent Seven, to know that at the time.

As for Strug, she tore two ligaments in her foot and sprained her ankle that night and never competed again. The injuries took away her shot at an all-around medal, her lifelong dream. A two-time Olympian and member of the 1995 World Championship team, Strug helped bring home a medal for the United States each time. She deserved to end her gymnastics career on her terms, not those of her coaches, but it wasn’t Strug who benefited the most from that moment. It was USA Gymnastics, which profited off the surge in enrollment after those Olympics. It was the Károlyis and Nassar, who gained access to new girls they could gaslight into believing that enduring pain and abuse was necessary if you wanted to be the best. Until Biles. When Biles withdrew from the team final, she told coaches, parents, and aspiring champions everywhere that no gold medal matters more than your health and safety. “Taking one for the team” does not mean putting life and limb on the line to serve a system that consistently fails to protect you. You can be the best, even the GOAT, without breaking yourself in the process.

The trouble with “taking one for the team” is that it’s inherently patriarchal. Women and nonbinary people, especially Black women, have long been conditioned to “take one for the team.” Just last year, during the presidential election, rallying cries from the left expected Black women, who turned out to vote for Joe Biden in record numbers, to “save us all,” despite their being one of the demographics most routinely shortchanged by both major political parties. From unpaid emotional and intellectual labor to the exploitation of our bodies, capitalism systematically expects women—particularly Black, Latine, and Indigenous women—to do more than our share of heavy lifting in exchange for unfair compensation. Those at the top of the corporate ladder, who are predominantly white and usually cis and male, benefit the most from women’s labor, just like those who profited from Strug vaulting with torn ligaments in her foot.

Biles has proven, without a doubt, that she is the greatest athlete in the history of her sport. She led Team USA to gold in the 2016 Olympics, where she also won individual golds in the all-around, vault, and floor competitions.Biles won both the 2018 World Championships (with a kidney stone she jokingly nicknamed “the Doha pearl”) and the 2021 U.S. Gymnastics Championships (this time with multiple broken toes). She postponed her retirement during a global pandemic, training to be her country’s greatest hope in an Olympics that may well prove to have been a superspreader event. Still, Americans acted like she owed us another pile of medals—even if it meant risking her life by competing with the twisties. At a press conference after the team final, Biles said she decided not to continue competing for the sake of her physical safety, her mental health, and her teammates: She didn’t want to make mistakes so costly that they would not land on the podium at all.

“Taking one for the team” does not mean putting life and limb on the line to serve a system that consistently fails to protect you.

So she did “take one for the team,” just not in the way that oppressive, cishet, white, patriarchal systems expect women, especially Black women, to do so. And the very people who benefit from and uphold those oppressive systems immediately reacted in kind, calling Biles cowardly and selfish and trying to undermine her greatness for putting her health first. Biles’s remaining teammates went on to win the silver medal, no small feat for a gymnastics program that was almost demolished by federal indictments and scandal just three years ago. Her withdrawal from the team final didn’t fail her teammates: The mindset that anything less than a gold medal is a loss, a mindset perpetuated by Strug’s coaches in 1996, did. At that same press conference following the Tokyo Olympics team final, Biles also said, “I think we’re just a little bit too stressed out, but we should be out here having fun…. I say put mental health first, because if you don’t, then you’re not going to enjoy your sport and you’re not going to succeed as much as you want to.”

Reminding audiences of something so rudimentary but so important—sports are supposed to be fun—was a radical act. In a world still dominated by a cishet, white-supremacist patriarchy, Biles protected not only her Black body but also her Black joy. She reminded us that her gymnastics isn’t something we’re entitled to; it’s a gift she shares with us on her terms. Biles redefined what it means to be the best. With multiple skills named after her on vault, beam, and floor, she has left an indelible mark on gymnastics. But the way she re-envisioned what a champion looks like, and continued to bravely help dismantle the culture of abuse that made it impossible for Strug to advocate for herself, may be the most significant impact Biles leaves on her sport for generations to come. 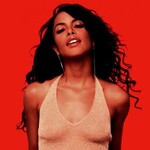 by Natelegé Whaley
She is still the patron saint of R&B-pop. 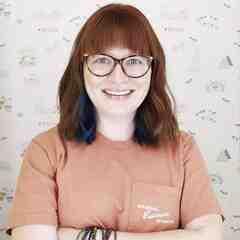 Lorelei Ignas is a writer, cat lady, and reproductive justice activist currently based in Los Angeles.