Jesmyn Ward’s writing compels you to bear witness to the truth of Mississippi. In seeing the blood and beauty of Mississippi for what it is, you will see yourself. Ward’s newest book, Sing, Unburied, Sing, is the third in a trio of novels based in fictional Bois Sauvage, Mississippi. As with her first two novels, she humanizes a place and people who are so often misunderstood or unheard, including the dead who can no longer speak. An ancestral imperative undergirds Sing, Unburied, Sing with a righteous—if not melancholic—question: What happens when the dead compel the living to tell the stories of our own undoing? Masterfully shifting between the ephemeral and the eternal, the spiritual and the physical, Ward challenges our notions of death, violence, and imprisonment.

Sing, Unburied, Sing eloquently tells the tale of a Black family’s experience with racism and mass incarceration at the infamous Parchman Farm. Parchman Farm began operating in 1901 as the only state prison in Mississippi. The plantation-style prison housed mostly Black men at that time, who were tasked with building their own prison—from clearing the brush and forest to prepare the fertile soil for farming, to laying the foundation for the facilities. Ward seamlessly weaves fiction and fact to illustrate the bloody harvest Parchman Farm reaped of Black men’s bodies. The history lends a poignant meaning to the characters’ internal conflicts.

We follow 13-year-old Jojo, his toddler sister, Kayla, and their mother, Leonie, on a journey to pick up his newly freed father from Parchman. Jojo is being raised by his maternal grandparents, Pop and Mam, because Leonie struggles with drug addiction. He begins the road trip assuming that he knows something about death, living, and pain, but traveling north into the Mississippi Delta subtly changes him. Jojo, who acts as his younger sister’s mother when their own is gone, unexpectedly finds himself grieving the emotional loss of Leonie as his caretaker. Sing, Unburied, Sing is not quite his coming-of-age story; it instead chronicles Jojo coming into the knowledge that a violent death leaves behind. 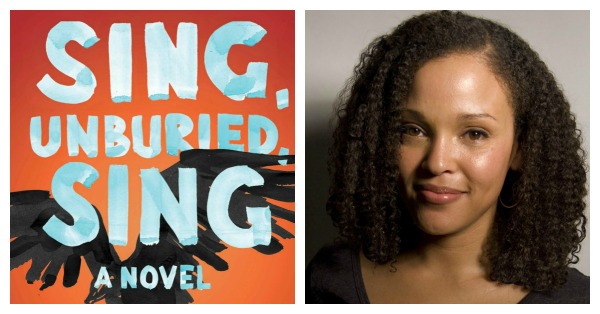 Pop hesitates to tell Jojo the missing piece of the story of his incarceration at Parchman as a teen, circling around it like an old buzzard because he cannot bring himself to pick apart his memories of the dead. Jojo ultimately learns that the masculine strength he so admires in his grandfather was built from heartbreak.

However, this story belongs as much to Leonie as it does to Jojo. Leonie must choose daily between caring for her children and supporting her drug habit. She struggles to make her peace with her older brother’s murder as his ghost appears whenever she gets high. The release of her white boyfriend from Parchman Farm, the same prison that once broke her father, offers her a chance at a clean slate. Victimized by individual and institutional racism, Pop and Leonie cannot find their way out of prisons they have been forced to construct from their pain.

Other minor characters in this novel provide many more voices, swelling to a chorus the reader might not expect. The adults all seek to escape their version of a hell they can’t stop reliving. But everything that haunts the reader in this novel is not dead. Both Leonie and Jojo hear the voices of Mississippi singing to them. Ward conjures the prison itself, Parchman Farm, as well the flora and fauna and terra of Mississippi. Mam, Leonie’s mother, clings frailly to the land of the living, her vibrant spirit imprisoned in a cancerous body. However, the most surprising voice comes from Richie, the ghost no one expects, a boy tormented by the existence of an old man who cannot forgive himself. Surely, as the living are haunted by the dead, Ward inverts the trope to suggest that the dead are also haunted by the living.

Sing, Unburied, Sing brings southern Mississippi to life in part by invoking the souls who have unjustly died in it. This family’s saga, sometimes in heartbreaking detail, reminds us that the racist past is ever-present. As it pulls together a resounding coda, the novel offers no easy rest for the living or the dead. The lulling, lyrical prose itself is at times a hymn; other times it is a dirge. The ethereal song alluded to in the title presents the culmination of everything that comes to light, unburied, during Jojo and Leonie’s journey. It is the melody of Black survival still being written note by note with each triumphant breath on this side of the soil.

Relevant: The Pain of Mothering Over a Payphone from Prison 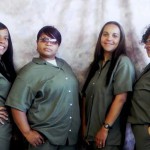 by Sarah Mirk
The founder of Families for Justice as Healing talks about the realities of life in prison for moms.