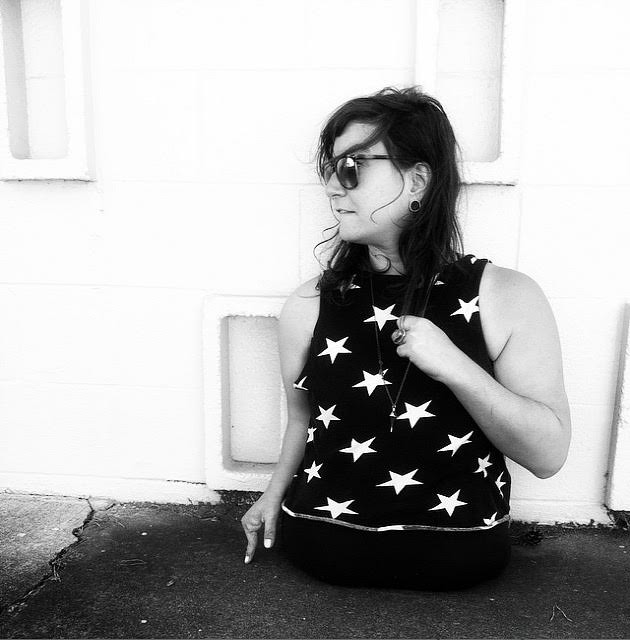 Mindie Lind is a musician, performer, and a cripp activist.

After growing up in the Southern church and graduating from college, Lind moved to Seattle, where she got involved with music and politics.  In 2014, she sang in Seattle band Inly, won the city’s Pianos in the Park contest, opened for Lena Dunham’s book tour, and was named an artist of the year by City Arts magazine. In addition to preparing for the release of her solo album sometime this winter, she is also gearing up to open for Ben Folds this September at the Moore Theater in Seattle. She and many other people with disabilties have reclaimed the word “cripp” (or “crip”) as they work to reshape our cultural narratives around disability.

We are thrilled to debut Mindie Lind’s new music video “Recluse,” which she wrote, recorded, and produced all in two weeks’ time. The video utilizes lightness and darkness to reflect the simultaneous celebrity and isolation that occurs when having a body that others often stare at, objectify, and fetishize.

My conversation with Lind felt like it spanned the entire gamut of her talents and roles as a musician, an activist, and a performer. We talked about merging identities, reclaiming words, and the power of meeting like-minded artists.

GRACE MANGER: When did you first start singing?

MINDIE LIND: I grew up in the church, and I immediately fell in love with that part of the church, with the music. There was no other way to be singing for me, I got really involved in music. Then I went to college and I didn’t do much with it, I just forgot. I was learning a lot more about other kinds of music; in college I started listening to Pink Floyd, Simon and Garfunkel, and The Beatles. I really just started to educate myself and I wasn’t necessarily paying attention to making my own stuff.  Then when I moved out to Seattle, it was really no choice for me. I started hanging out with a bunch of musicians and I thought, “I could do that.” So I taught myself how to play the piano and I just did it as a way to start singing. I just slowly started doing it, I never said, “I’m going to be a songwriter!” and then I was. So it wasn’t really intentional. I realize now that it was coming from somewhere, that I was actually raised making music, but at the time, it just kind of happened.

When did you start becoming active in the cripp culture movement?

That’s another thing, similar to my relationship with music, because for my whole life it was something I carried around with me. I remember being seven or eight, and thinking, “I think I know something about having no legs and its position in culture.” And then when I was in college, I worked in the Philosophy department, and some guy came up to me and asked, “Do you know about Disability Studies?” and I was like, “No…” and then my brain just flew open because I started doing all this reading on all these people who were thinking about social justices of having a cripp body. It was amazing to me.

Wow, then was there any kind of process of merging your art with your activism?

Yeah, once I started making art, I realized that being a person who makes art with a disability does do something; it does add something to the larger conversation. A lot of people, including myself, see where the word “disability” is coming from, and it’s definitely a marker of justice for some people, and I get that. I definitely identify more with the word “cripp,” though—and I use two Ps, because, one, I think it actually comes from the word “crippled,” and, two, I wanted to distinguish it somehow from the gang. I like the edginess to it, and it just sort of feels more like my general attitude. People started coming up to me at shows saying, “Hey, I was a cripp activist in the ‘60s!” This word is actually really saturated in a culture that’s really unseen. Even as a person with no legs, I don’t have that much access to cripp history. By using this word I’ve invited a lot of radical people who have been doing it for many years more than me and naming it something similar. It’s really cool to find that out.

In a lot of ways, meeting these activists from the ‘60s—who marched in parades in Berkeley back in the ‘60s before the Americans with Disabilities Act—was like meeting a long-lost relative: You know you’re related even though you might not have all that much more in common. And in talking with these people, I’ve realized that we’re still saying the same shit that we were back then—like curb cuts, integration, bathrooms, and involvement in our culture and our media—even though we’ve had the ADA now for 25 years. Something that is really interesting to me is how we have changed legislation so much, and yet our culture is lagging so dramatically behind more in disability than in anything else. I try to use these conversations with other cripp artists to help somehow move the conversation, to talk about the more specifics, to talk about the things that are more culturally involved in being cripp and the nuances of the stories that don’t get told, the complexities that don’t get told. We have these tropes that get told over and over again, and they haven’t shifted.

I don’t know the reason behind this lag, but my best guess is I think that cripps really aren’t being asked to tell the story. I think there are all these stories that are being told about the cripp experience over and over again, and really it’s the same crap that’s been pedaled the whole time. Disability is so interesting because it crosses all culture and all intersections. It could be anyone of any time, of any race, or any cultural presence. We don’t really have any big cultural disability icons yet, someone that people like as a complex person first, rather than just being inspired by them because of their disability.

Can you talk more about the process of coming up with the conceptual idea of your music video, “Recluse”?

I’ve been working a lot with this guy, Ryan Jorgensen, who does all my videos. I actually wrote the song, recorded it, and made the video in a two-week span. Immediately when I heard the song, I was drawn to this feeling of living in the South again, really sweaty and gothic, which also just screamed to me about the cripp experience. We really just wanted to focus on the power and isolation of cripp bodies through those flashing lights. When the lights are flashing, you’re in the spotlight, and you have all your cripp power, which is crazy power. And then at the same time, as fluid and frequent as it is in the video, it’s extremely isolating and alien to have that cripp space and have that cripp body. The other thing that I really wanted to do was create a character that somehow beat the tropes, and I think we did a good job with being subtle and stylized. I did some spins in there, but it’s towards the end and it’s only once or twice. We wanted people to look at her and be like, “Wow, she’s cool!” rather than being at risk of falling into any of those normal reasons why people would stare at my body. A way to combat the normal ways that cripps are stared at with style and sweat was the best that we could come up with.

Do you have any hopes for what the response to the video will be?

Personally, I feel really vulnerable about it, in that it is a dance video featuring just me. I’m not meaning to be narcissist but… I understand the power of my body and I don’t know how to not use that. It would be a shame if I didn’t. I’m really just trying to use my body to say the things that affect my everyday life as much as I can. In that way I’m really excited about it. 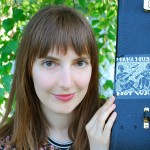