A New Tail“Siren” Treads the Muddy Waters of American History 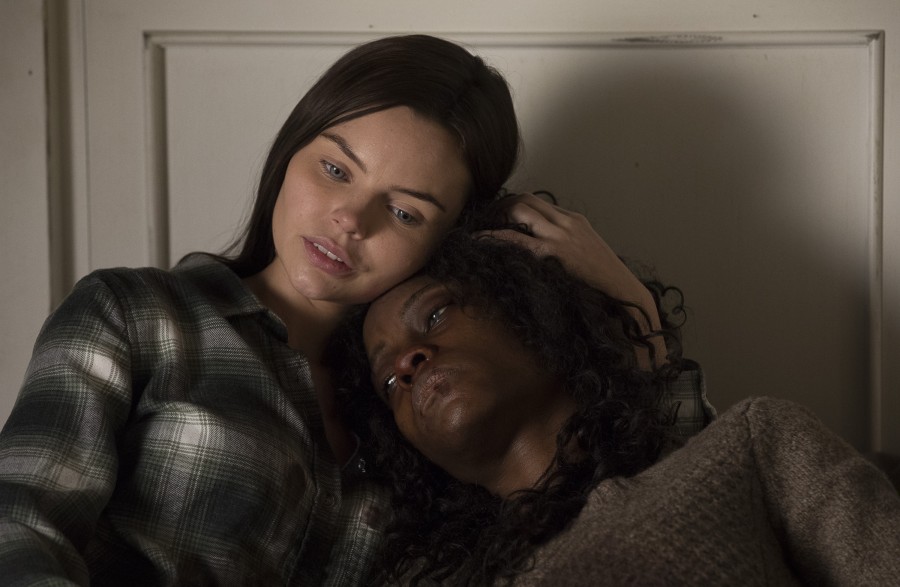 From left to right: Eline Powell as Ryn and Sibongile Mlambo as Donna in Siren (Photo credit: Freeform/Jack Rowand)

Siren, Freeform’s biggest drama debut since Shadowhunters premiered in January 2016, has captivated viewers with a show packed with enthralling characters and set in a town with plenty of sordid history. The hour-long drama considers how fear and contempt would inform the way humans interact with the infamous Sirens of Greek myth—half-human lady monsters who use their beautiful voices to lure sailors to their deaths. Siren innovates a dark myth by indulging cultural fantasies about mermaids while also grounding itself in America’s genocidal, colonialist history.

In the pilot, we get acquainted with Bristol Cove, a (fictional) coastal town dubbed the “mermaid capital of the world.” During its annual Mermaid Day celebration, all the townspeople don costumes and gather to hear the town’s revisionist history: Hundreds of years ago, Captain Charles H. Pownall landed in Bristol Cove and fell in love with one of its mermaids. When she decided to return to the sea, she gifted Pownall the remaining land. But after Bristol Cove unveils a monument to Pownall more than a century later, the town’s true history is dredged up by Ryn (Eline Powell), a young siren who arrives in the small fishing town in search of her sister Donna (Sibongile Mlambo).

The show’s protagonist, Ben Pownall (Alex Roe), a marine biologist born into Bristol Cove’s First Family, is forced to confront his painful legacy when he reaches out to disgraced local historian Helen Hawkins (Rena Owen) to learn more about Ryn. Hawkins tells him that after Charles H. Pownall’s mermaid refused to stay on land with him, he and his crew waged war on sirens, desecrated them, and then took over their land.

“Your family’s history in this town is bloodier than you know,” she tells Ben. “Genocide. That’s your legacy.” And, Ben discovers, it’s not all in the past; when Ben learns that his father’s fishing company is working with Admiral Harrison (Anthony Harrison), a member of the military, to starve the remaining siren population, he helps hide Ryn and Donna from those trying to exploit them. By refusing to perpetuate his family’s bloody secrets, Ben becomes a stand-in for those who are linked to oppressive histories and are doing the messy work of trying to heal the trauma inflicted by their ancestors.

More compelling than Ben’s arc, however, are the sirens themselves. From the moment Ryn washes ashore, picturesque Bristol Cove begins unraveling before our eyes. But unlike the mythical mermaids of old, Donna and Ryn are neither evil temptresses nor wannabe-humans; instead, they’re whole beings invested in saving their community from extinction. And their struggles with displacement and violence suggest an allegory for state violence and historical revision that’s arguably unusual in dramas targeted to teen audiences.

Ryn becomes intimately familiar with how state surveillance influences displacement after she kills a man in self-defense and must move between the land and the sea to thwart authorities. And once the military poisons the lake to draw all sirens ashore, she has to collaborate with Ben and other humans to make the sea safe for her community again. Thanks to Hawkins, who acts as the show’s ethical anchor but also harbors a big secret, Ryn and Donna stay alive, fed, and out of police custody—but the shadow of impending human violence looms over Ryn and Donna as they negotiate life on land. Donna’s previous trials (which included capture and torture) make her want to return to the sea along with her sister and get as far away from humans as possible.

Ryn can’t fully understand Donna’s trauma, which creates a chasm between the sisters and reveals the breadth of the damage inflicted by institutional violence. When Ryn’s life is threatened, however, Donna’s subsumes her hurt, telling the perpetrators, “You kill her, you kill me.” They’re inextricably linked by blood and history, and their bond offers the show a real emotional gravity that has nothing to do with its human protagonist.

Ryn, Helen, and Donna use strategic alliances to challenge Bristol’s violent legacy and make both the land and sea safe for sirens.

Siren reminds us that we must broach freedom and reparations with urgency. And when we don’t tell the truth about our history, we can be absorbed by fiction and folklore, drowned by the lies and legacies that continue to beguile this country.

Read this Next: Part of Your World 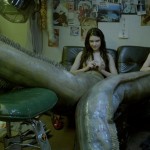 by Kari Sonde
What’s more common than the fear of a girl’s desire to experience the world?

The Fragility of Safety