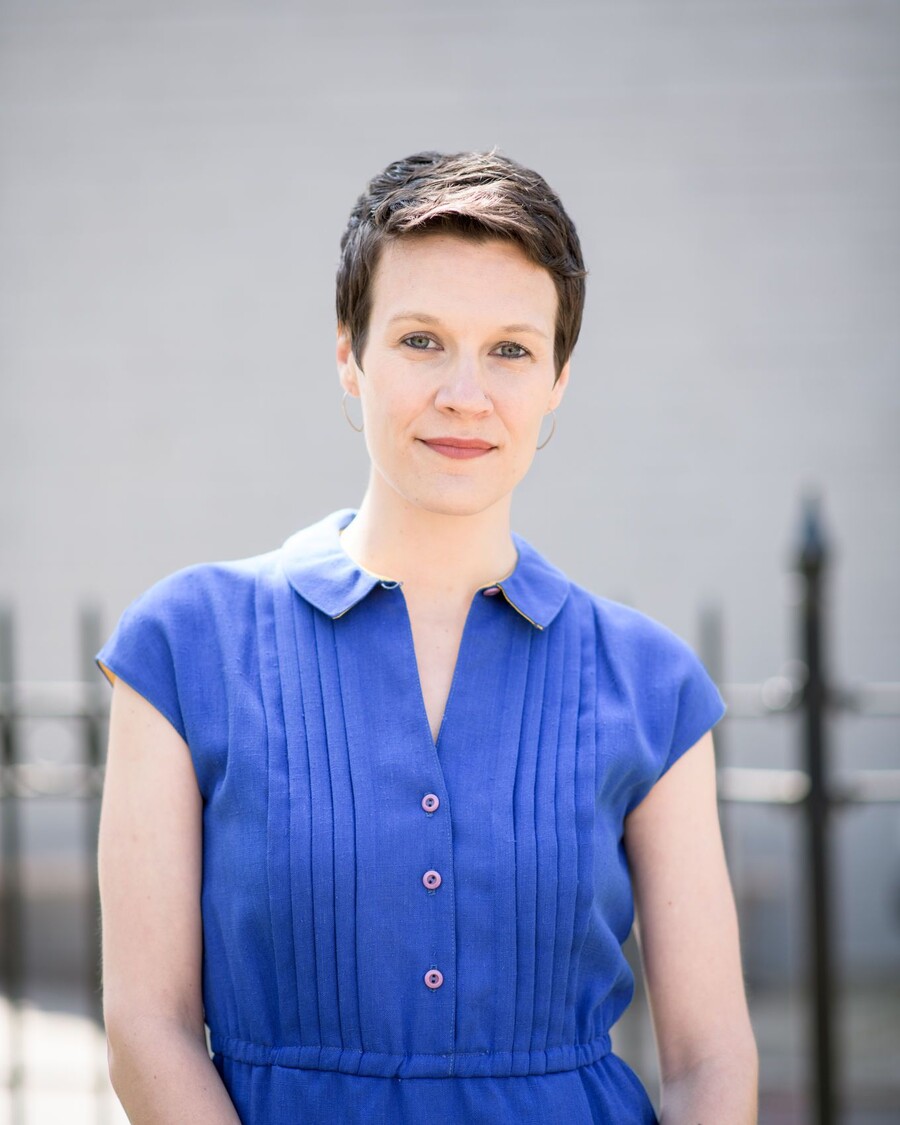 Since Donald Trump was elected in 2016, there has been a keen political and cultural focus on the growing resurgence of white nationalism. Thanks in part to Trump’s intentional embrace of right-wing ideologies that perpetuate the benefits of a white ethnostate, white supremacy has moved from the shadows of our discourse to the center, which is partially the reason why a self-proclaimed white supremacist murdering nine people at Emanuel AME church in Charleston, South Carolina, in 2015. Neo-Nazis have also publicly congregated in Charlottesville, Virginia, in 2017, which led to the murder of protestor Heather Heyer, and throughout the United States. White nationalists—their rhetoric, their clothing choices, and their violence—have been given gleaming softball profiles in legacy publications, including the New York Times and GQ, and they’ve been emboldened through both sides debating to enact an agenda that intentionally harms marginalized groups.

Seyward Darby, the editor-in-chief of the Atavist magazine, has been following the resurging hate movement for years, but it particularly piqued her interest in November 2016, when she witnessed a white woman at a gas station in Harrisonburg, Virginia, calling a Black woman the N-word for blocking the gas pump with her car. Not only was this incident indicative of a certain boldness that white people had adopted in the wake of Trump’s election, but it also spoke to a group that interested Darby: white women in the hate movement. We’ve all heard the stories and statistics: 53 percent of the white women who voted in the 2016 election voted for Trump; white women were critical to maintaining the institutions of slavery and Jim Crow; and white women singularly prioritize sexism above all other oppressions.

So why are white women overlooked in national coverage about the hate movement, given that they, according to Darby, have the “singular capacity to sow hate in ways both loud and quiet, blatant and not?” In Sisters in Hate: American Women on the Front Lines of White Nationalism, published on July 21, Darby takes us deep inside the hate movement through the lens of three women she spent extensive time with: Corinna Olsen, Ayla Stewart, and Lana Lokteff, all of whom were born in 1979, but joined the movement at different times in their life. Darby explains that white nationalists have long used their defense of white women’s innocence and purity as justification for their violence, but what should we make of those very same women—who Darby believes are using the women-are-wonderful effect to fly under the radar—being both complicit in and active members of white-supremacist violence? Bitch spoke with Darby about what draws white women into the hate movement, how an intense focus on Islam after 9/11 allowed white nationalism to flourish in the United States, and how we can prepare for whatever comes after the consequential 2020 election.

It seemed as if the media, the political media in particular, was surprised by white nationalism being an undercurrent of the 2016 election cycle, as well as Trump’s presidency up until recently. Why did it catch so many people off guard?

The people it caught off guard were those who most bought into the myth of a post-racial America. And those people, often, were white and comfortably positioned in the economic and political establishment, including in the media. They shaped the mainstream discourse leading up to the election around their own worldview, in which someone like Trump couldn’t possibly win, certainly not on the heels of the Obama presidency, with all the hope and progress it embodied. In fact, as many Black journalists and intellectuals had warned, there was already a wide and deep backlash to Obama’s tenure, from the Tea Party to the alt-right. There was a voting base primed for Trumpism. America wasn’t post-racial at all.

What was your process for determining how to structure the book? We learn about each of the women—Corinna, Ayla, and Lana—in individual sections and chapters that rotate around their stories. How did you decide upon that format?

I had a hard time figuring out the structure! I knew I wanted to focus on the three women, because they were all born in the same year, which gave the project a synchronous quality, and because the similarities and differences among their stories were particularly illuminating. But then there was so much history, sociology, and psychology that I wanted to incorporate. And where did that all belong? There was some trial and error before I realized I shouldn’t try to map the women’s stories on to each other, but rather let them build upon each other. Readers are smart enough to find the threads that connect them. Then I identified where in the book a contextual element seemed to fit most organically—the history of anti-feminism, for instance, or the advent of the Ku Klux Klan. I used a lot of Post-its and index cards and thumbtacks, putting everything on a bulletin board at one point, then moving pieces around until I saw what made the most sense. 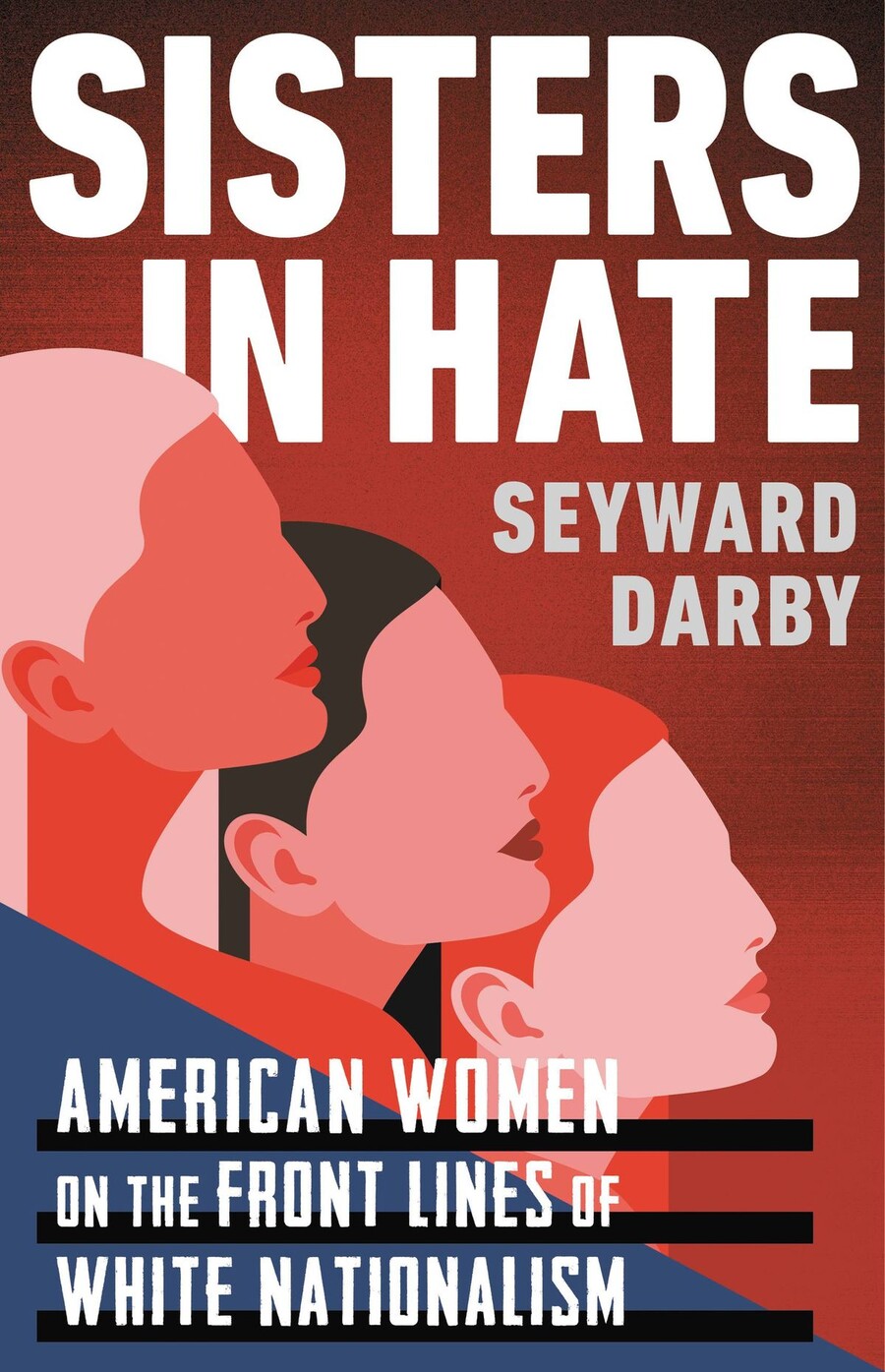 One of the things that was really striking about this book and that seems to apply across the women subjects—you mention that Corinna is an embalmer—is that they have always been fascinated by rituals and what she called “the misunderstood” subjects that are taboo or macabre. What is it about white supremacy and racism in particular that draws these women in and makes them so dedicated to the movements?

No two people get into the hate movement for exactly the same reasons. It’s highly individualized. What researchers have found, in general terms, is that people who become extremists are seekers, on the hunt for meaning, power, validation, camaraderie—things we all seek as human beings, but which some people, in some circumstances, need [or believe they need] so strongly that they start engaging in behaviors they otherwise might not. Once they get into a network or space or group that gives them what they need, they stick around, and often escalate involvement, because it keeps giving them what they want. That said, it’s important to note that the hate movement’s core ideas are not a huge departure from mainstream ideas. I love this quote: “The vitriol of hate groups is not so much an aberration as it is a reaffirmation of racist and gendered views that permeate society,” writes sociologist Barbara Perry. “The political rhetoric of hate does not fall on deaf ears.”

Zeynep Tufekci, a sociologist at the University of North Carolina, wrote an op-ed for the New York Times about how YouTube “promotes, recommends and disseminates videos in a manner that appears to constantly up the stakes” in ways that could be “one of the most powerful radicalizing instruments of the 21st century.” Is there any government agency keeping track of it or anything that can be done about it?

The federal government has cut funding for programs to counter right-wing extremism and blocked the dissemination of data on the subject. Only in 2019 did the Department of Homeland Security acknowledge that white supremacy is a national security threat. So the short answer is that the government isn’t doing a great job of combating hate, either online or off. In terms of what can be done about the dissemination of white-nationalist propaganda online, there aren’t easy answers. Tech companies have an enormous responsibility to police hate speech and disinformation.

The hate movement’s core ideas are not a huge departure from mainstream ideas.

You write that the media’s coverage of men like Richard Spencer and Andrew Anglin has been “fair, glib or naive,” while there’s been little coverage of women on the far right. Why is that? What does the media misunderstand about women in the hate movement?

The fact is that women have often been written out of the history of hate and related phenomena—fascism, for instance. Partly that’s because of sexism and the assumption that women aren’t as powerful or capable as men. Feminist historians of the Holocaust have documented the postwar fable of “the apolitical woman,” a victim of the Third Reich even if, as a proud German, she participated in its work. “Very few women were prosecuted after the war; even fewer were judged and convicted,” historian Wendy Lower writes in her book Hitler’s Furies: German Women in the Nazi Killing Fields. “Many of the female defendants, especially those who appeared matronly and meek, did not seem capable of committing such atrocities.” Today, disbelief also seems to stem from the fact that the hate movement is deeply misogynistic. Why would a woman want to participate in a cause openly committed to her subjugation? What we have to realize is that there are many ways of thinking about power, and there are women who in a misogynistic environment still see a kind of power as attainable. The hate movement valorizes wives and mothers, in word if not always in practice. That can be very alluring to some women.

We’re approaching a consequential presidential election in November. What should we be paying attention to, specifically around the hate movement, in the lead up to that election? Should we brace ourselves for violence?

I wish I had a crystal ball. Certainly, we should pay attention to the inevitable backlash to the protests in support of Black Lives Matter. White nationalism has always fed on social anxiety and moments of uncertainty or upheaval, and the current conversation about racial justice, while inspiring to many people [myself included], is the opposite for some white Americans. We saw a surge in white-nationalist recruitment and online chatter after Obama’s election, and again when BLM was first born. This moment has similar potential. It’s also important to recognize that even if Trump loses, the ideology of hate won’t suddenly be gone. It may even find fuel in his defeat. We can only reckon with hate if we attend to it wherever and whenever we find it, not just when the president is an unapologetic racist.