“Sleepy Hollow” Didn’t Live up to Its Potential | Bitch Media 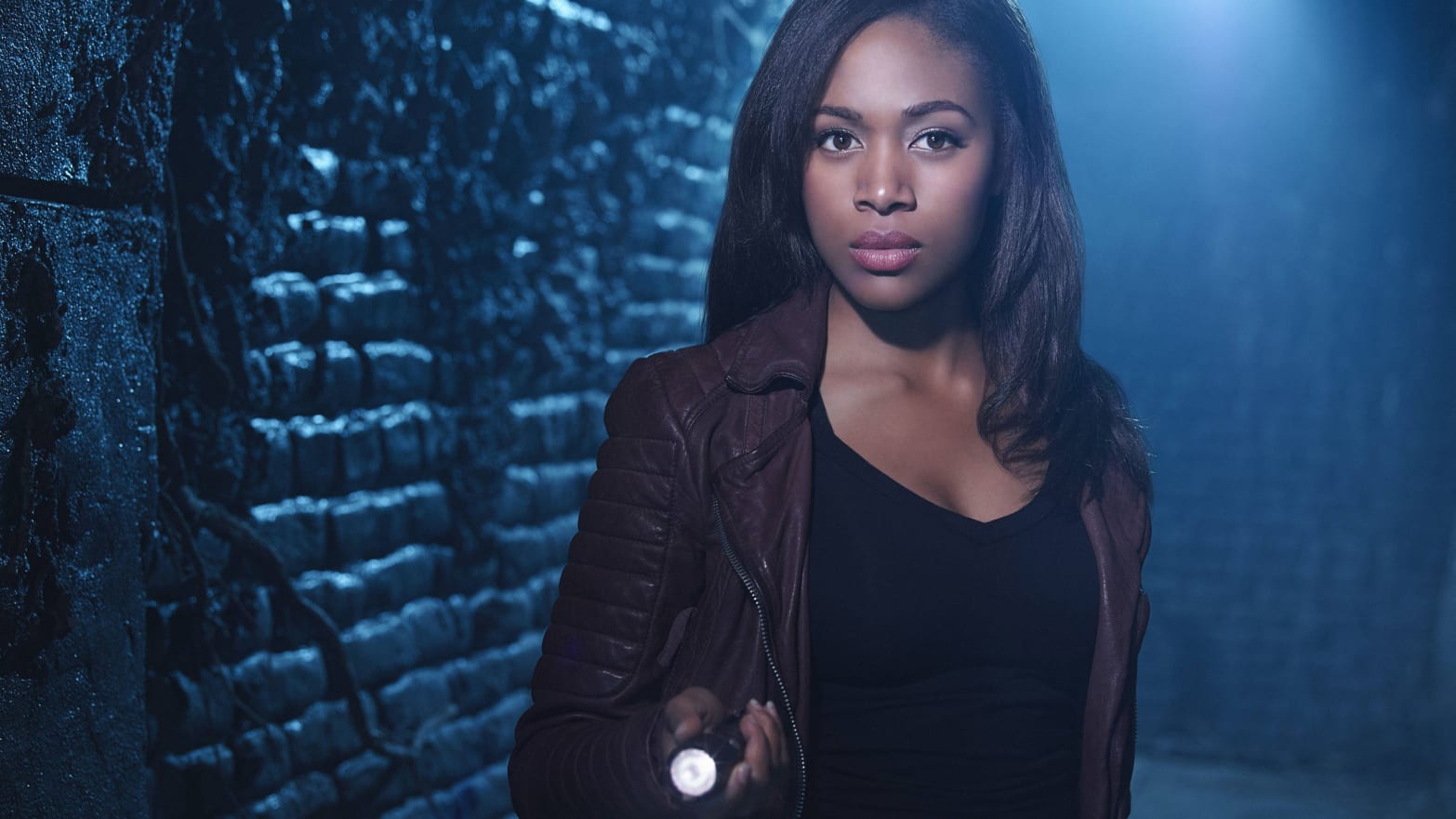 This article contains plot details of the third season of Sleepy Hollow.

All’s fair in love and television. But that doesn’t mean everything’s equal. As the recent death of Abbie Mills—one of TV’s most beloved characters—shows, some of us are more equal than others. It’s no secret that as the casting of television shows has become more inclusive, prime time has gotten significantly more diverse. After two straight years of all-white acting nominees at the Oscars and a renewed #OscarsSoWhite Twitter campaign (that led to institutional changes this year), television executives have been noting, smugly, their own willingness to helm increasingly diverse programs. Pioneered, arguably, by the smashing success of ABC’s Scandal, and propelled by ratings juggernaut Empire, Black women in particular have been finding homes on television in shows like the now-cancelled Extant and Minority Report to the current How To Get Away With Murder and American Crime. Slowly but surely, the past few years have brought a marked increase in the number of Black, brown, and Asian faces on television. Finally, it seems, a critical mass of the entertainment industry is recognizing that people want to see themselves in the media they consume.

Sleepy Hollow’s decision to kill off lead character Abigail Mills in the third season finale shows that having a Black woman present isn’t enough to justify every narrative choice or enough to avoid harmful and oppressive storytelling tropes. Simply being visible onscreen is not enough. After all, it’s not that we never saw Black female faces onscreen—it’s just that, more often than not, their roles were stereotypes: the sassy best friend, the strong Black woman, the single mother. What’s changing now is the quality of that representation: More and more, we see Black women as complex, nuanced characters rather than sidekicks and helpers. But understanding these portrayals means recognizing the context of the characters we see. What is the point of having more Black female faces on television if they’re being treated as badly as ever?

The quiet magic of Sleepy Hollow was its unassuming diversity. Abigail Mills and Ichabod Crane, joined together as Witnesses to a biblical prophecy across time, spent each week saving the world from apocalypse. Their adventures straddled genres from sci-fi to historical fiction, granting the Black women offscreen access to those spaces as the characters fought mythical monsters. But after a spectacular debut, the sophomore season saw Abigail and other visible minority characters consistently sidelined in favor of newly introduced white characters. The audience was taken away from what had attracted them in the first place—namely, the sizzling onscreen chemistry between actors Nicole Beharie and Tom Mison. The show’s second season was roundly panned, but its third season was the nail in the coffin: Mills sacrificed her soul to save the world and was killed in the season finale.

The official word is that Beharie requested to be released from her contract, which is not difficult to believe considering she had been pushed to the sidelines of her own show. Notably, Beharie posted online in early 2015 that she had not been invited to participate in Sleepy Hollow’s DVD commentary alongside Mison and the show’s producers. But the manner of Abbie’s death made her exit even more painful. When she and Ichabod are both given a choice by the mythical Pandora to sacrifice either of their souls to save the world, Abbie scarcely hesitates before offering herself up; Ichabod never even volunteers. In that moment, the duo’s status as equal partners is undone, and this is reinforced by a visit she pays him from beyond the grave. When Ichabod asks what he will do in a world without Abbie, she responds with a satisfied smile, “Think about it. You’ve had mentors…and partners like Betsy Ross. And me. Our job was to carry you forward. My job is done.” With those parting words, Sleepy Hollow completed its transition from being a diverse show about a comically but delightfully mismatched duo to being yet another story about what white men are doing.

Abbie was there to take him on his mythical journey through time; she was a magical Black helper, there to assist the white hero on his way. Abbie’s death didn’t just dispense with a wonderful Black character: It reduced and demeaned her significance by ensuring her obscurity and reinforcing her disposability. It was a painful moment that rightly led to intense fan backlash, including pledges not to watch Season 4. Just this week Mison finally addressed the controversial finale at London Comic Con, making it clear that he understood fan’s disappointment with the way Abbie’s death was handled:

And Abbie is not alone. In the current season of Arrow, Amanda Waller—the seemingly omnipotent director of special operations group A.R.G.U.S, leader of the notoriously lethal Suicide Squad, and one of the only Black female characters in the show’s four-season run—was brutally murdered by a tertiary character. In the show, no one was left to mourn her, and no one was affected by her death. She was killed point-blank, in a blink-and-you’ll-miss-it moment, worth no more than the effort used to pull the trigger. Then there’s the ongoing mistreatment of The Vampire Diaries’ Bonnie Bennett, which has troubled viewers enough to lob accusations of racism against show creator, Julie Plec. Bonnie is the last in a long line of Bennett witches hailing from the fictional town of Mystic Falls, but from the moment she discovers and reveals her powers, she is repeatedly expected to use them in service of protagonist Elena Gilbert.

Time and time again, the writers gamble with Bonnie’s very life in an effort to preserve the lives of the many white characters on the show. Bonnie loses her mortal life several times, then often existing as a ghost of sorts. Each time, she is eventually resurrected in order to provide more labor for white characters. Bonnie, a descendant of enslaved witches, has lost her magic, her family, and her life, and she has suffered time and time again, all because her only value to the people around her has been what she could provide for them. Bonnie is perpetually positioned as both Black Best Friend and Magical Negro and is rarely, if ever, given the chance to be her own person, to find love or simply exist. All but two of her love interests are now dead.

Taken together, these stories reinforce the implicit message that Black women do not matter. We see this when True Blood’s Tara Thornton is killed offscreen after years of being a fan favorite despite continued narrative neglect and when the plot of an entire season of Jessica Jones turns on the death of a Black woman who speaks no lines. The metanarrative, taken cumulatively, is that our worth is directly related to the storytelling whims of the writers. We are disposable, and our pain is a narrative tool, a convenient trick to be used as deus ex machina for white characters who really matter. The stories we tell about ourselves do not exist in a vacuum.

As I often say, pop culture is a feedback loop that is both sustained by and contributes to the ways we see ourselves as a society and in relation to each other, so it’s frightening to know that at a cultural level, Black women are considered inconsequential, that our stories exist as incidental to those of white men and women. As Mary McNamara wrote at the Los Angeles Times, “These characters should not be used as seasoning or garland to give a white man’s story a little spice, a little color. They should be telling their stories too, in ways that don’t call for the ultimate sacrifice quite so often.” Television’s boast of increased diversity is meaningless if its stories reinforce the trope that Black female characters are expendable.