Smashing Through the Boundaries: Heavy Metal’s Racism and Sexism Problem—and How It Can Change | Bitch Media

Smashing Through the Boundaries: Heavy Metal’s Racism and Sexism Problem—and How It Can Change 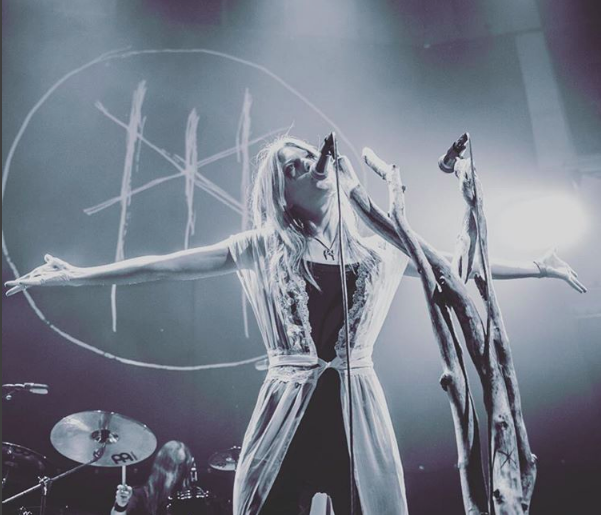 When Pantera frontman Phil Anselmo took the stage in January at a Los Angeles gig honoring the band’s late guitarist Dimebag Darrell, he gave a straight-armed salute and shouted, “White power!” Hardly anyone was surprised; Anselmo has a history of drunken outbursts—and Pantera merch often features the Confederate flag. What was shocking was that the metal world, which typically looks the other way when its musicians express bigotry, actually called him out on it.

Heavy metal has a long-standing—and mostly undeserved—reputation as angry, emotionally stunted music aimed at a fan base that couldn’t finish high school. Although it’s true that heavy metal’s mood leans in an aggressive direction, it’s a broad and complicated genre that explores triumph, sorrow, political angst, mortal and apocalyptic fear, love, and much more.

And, like the society against which it rebels, heavy metal has a history of racism and sexism. These beliefs  are by no means universal in the community, but Anselmo’s white supremacist sentiment and the misogynist abuse hurled at Bruun weren’t isolated incidents.

Agoraphobic Nosebleed vocalist Kat Katz says she’s experienced so much misogyny in metal culture, it all blurs together. At Agoraphobic Nosebleed shows, security crew members have refused to let her backstage because they didn’t believe this petite blond woman was in a metal band. Katz says she has to be very careful how she looks, making sure to present herself in more gender-neutral clothing and hairstyles. “Women who dress too provocatively onstage aren’t taken seriously,” says Katz. “They’re seen as a gimmick.” 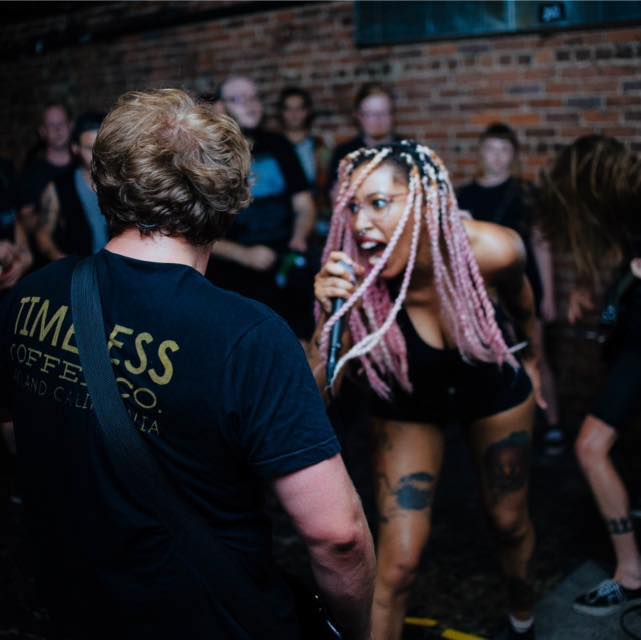 Kayla Phillips of Bleed the Pigs. Photo by Daniel White, via the band's Facebook page.

It can be doubly hard for women of color. Kayla Phillips, frontwoman for Nashville, Tennessee–based grindcore band Bleed the Pigs, says when you’re a black woman in a metal crowd of mostly white men, you stand out—and you attract a lot of unwanted attention. Phillips says people often ask if she’s there with a boyfriend—probably the most common question women face at metal shows. Or they’d ask who Phillips was actually there to see, implying it wasn’t the band. Another frequent tactic is to ask women to answer an obscure trivia question about metal, something male fans wouldn’t be expected to be able to answer.

“I’ve had slurs thrown my way. I still get the up-and-down looks,” she says. “I respond by making space for myself regardless.”

Laina Dawes, the author of What Are You Doing Here? A Black Woman’s Life and Liberation in Heavy Metal (and a Bitch contributor), says women of color who fall in love with heavy metal struggle to find themselves, or even men of color, reflected in the bands and music. There are a handful of male musicians of color in bands such as Sepultura, Living Colour, and Killswitch Engage, but it’s more difficult for them to get record deals and reach audiences—in part because racism prevents them from being taken seriously, Dawes says.

And that bias doesn’t always come from strangers. Militia Vox, frontwoman for Judas Priest cover band Judas Priestess, said the first person to discourage her from becoming a heavy metal fan was her mom, who grew up in racially segregated North Carolina.

“She would say things like, ‘That music’s not for you.’ Or schoolmates and friends would say…that I ‘think I’m white’ because of my musical affectations,” Vox says. “I used to not really know what to say, because I couldn’t explain why I was drawn to it.” 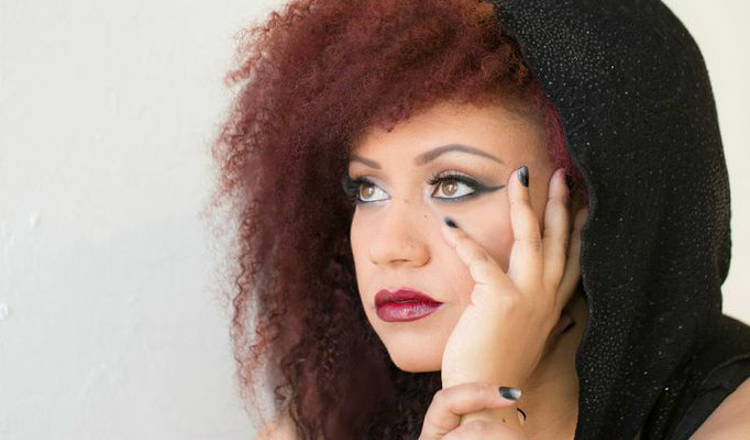 Like all rock and roll, metal is based in blues music, giving it deep roots in African-American culture. But when metal emerged in the late 1960s, it was born among British working-class musicians, such as Black Sabbath and Deep Purple. They extended Cream and Led Zeppelin’s tradition of appropriating blues music, tweaking it to express the frustrations of blue-collar white guys.

Although the culture was male-dominated, for the first decade or so, hard rock and heavy metal songs didn’t direct much anger toward women, says Ian Christe, author of Sound of the Beast: The Complete Headbanging History of Heavy Metal and publisher at Bazillion Points, which published Dawes’s book.

“If anything, women [in that era] were viewed as a source of wonder, almost as paranormally powerful beings,” Christe says. Bands such as Black Sabbath, Angel Witch, and Mercyful Fate penned songs about witches and magical gypsies, for example. It wasn’t until later—perhaps fueled by exploitation movies—that metal lyrics turned misogynistic, he says.

By the 1980s, though, sexism was rampant. While women were rarely given space to perform in bands onstage, scantily clad women served as decor in glam metal videos. Lyrics about violently raping and dismembering women appeared in death metal, particularly among brutal death metal and goregrind bands. When challenged, musicians often claim it’s only fantasy—an exploration of sexuality akin to comic-book violence. Dawes calls those explanations “bullshit.” “It hits too close to home for it to be dismissed as a joke, often by people who do not have to worry about their gender or their ethnicity,” she says. Every day, people are denied human rights or assaulted because of the kinds of racist and sexist attitudes those bands say shouldn’t be taken seriously.

As some bands explored violent lyrics directed at women, others carved out a racist niche. The hardcore Nazi punk movement emerged in the United States in the early 1980s and eventually bled over into metal as the two genres cross-pollinated. Within black metal—so named for its nihilistic and often Satanic bent, not for the ethnicities of its performers—National Socialist black metal (NSBM) similarly aligned itself with Nazi sentiments.

Didrik Søderlind, co-author of Lords of Chaos: The Bloody Rise of the Satanic Metal Underground, says true Nazi sympathizers in black metal are few and far between, but that sporting Nazi symbols makes sense, considering metal’s rebellious nature. “It’s the ultimate ‘fuck you’ to mainstream society, which makes it instantly interesting for some rebellious youngsters.”

To some extent, the racism and misogyny in heavy metal culture reflects those sentiments in mainstream society. Katz says that prejudice might be more concentrated in American and European metal culture simply because it’s historically been a male-dominated space. Vox agrees, saying it’s no surprise that metal might attract bigots. “It’s an extreme style of music, so naturally, extreme people will be attracted to it,” she says.

If metal contains so many pockets of racism and sexism, why are women and people of color drawn to it? For exactly the same reasons as the white guys: It makes them feel good. Vox recalls hearing Metallica’s “Battery” for the first time when she was a tween and being floored. “It had so much power, majesty, and triumph,” she says. 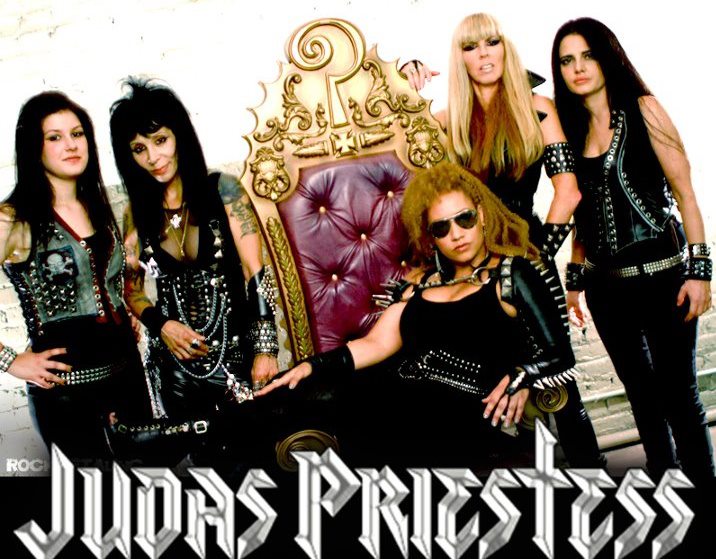 Militia Vox, center, and the metal band Judas Priestess in 2011.

But metal isn’t just about the music. It also offers a sense of belonging to a massive international tribe of misfits. Although people of color and women have sometimes found that tribe unwelcoming, it’s slowly becoming more diverse and inclusive as they crowbar themselves into the culture. To some extent, that’s because more women and people of color are coming to shows, joining bands, and simply being visible, Phillips says.

Katz says the metal tribe needs to go even further, because even now, when a musician like Anselmo says something blatantly racist or another like Bruun is made to fear for her life, “there are a lot of bystanders — people who don’t care or don’t have the courage to speak out against bigotry when they encounter it,” says Katz. “We cannot be bystanders to discrimination. We have to challenge it.”

Dawes agrees, specifically calling on journalists, musicians, and music-industry personnel to speak out against racism and sexism rather than simply trying to kiss up to a musician or smooth things over. The outcry over Anselmo’s behavior should be the norm, not the exception.

As musicians who played in NSBM or white-power groups in their youths mature and shift their ideologies, Søderlind says that forcing them to “self-flagellate” in order to atone for their pasts can wind up being counterproductive. Musicians who feel like they might never be accepted among “normal people” might decide it’s easier to stick with their circle of Nazi buddies, he says.

On the other hand, white men in metal culture can do a lot of good by becoming allies for women and minorities, Katz says. For example, when Pig Destroyer asked Katz to perform vocals on its Book Burner album, band member J.R. Hayes was asked about the significance of having a female sing on it. Hayes responded that he picked Katz because she’s a great vocalist, not because she’s a woman.

Katz is calling on more men to follow suit but says it might take a while. She says many male metal fans—those bystanders—are afraid to stand up to racism and sexism in the industry for fear of being labeled as “P.C.” or “too sensitive.”  “Apparently, you can’t be empathetic and counter bigotry without losing your tough-guy metal cred,” she says.

Either learn an instrument then demonstrate your skill base and abilities by way of empirical evidence thereby showcasing your substance in musicianship thereby demonstrating why people should listen to you, or shut the fuck up.

^^proving the point of this article. HA!

Wow, you're a jackass.

Rock and metal have a sizable subculture in Latino and Chicano culture. At least from my experience we tend to avoid going to shows outside of predominately brown places because we know it'll mostly be white people there and the metal subculture being mostly white hasn't been the most welcoming to latinos for a while. It's slowly changing, but in the meantime, we're making our own music like the kick-ass ladies of Girl in A Coma and Fea.

The last thing metal needs is to become another politically correct safe space. In an age when racism and sexism are seen as the greatest evil out there, it makes perfect sense for them to be strongly represented in metal, just like satanism. If you don't like it, go find a different genre, maybe one more mainstream; metal doesn't have to change to make you feel welcome.