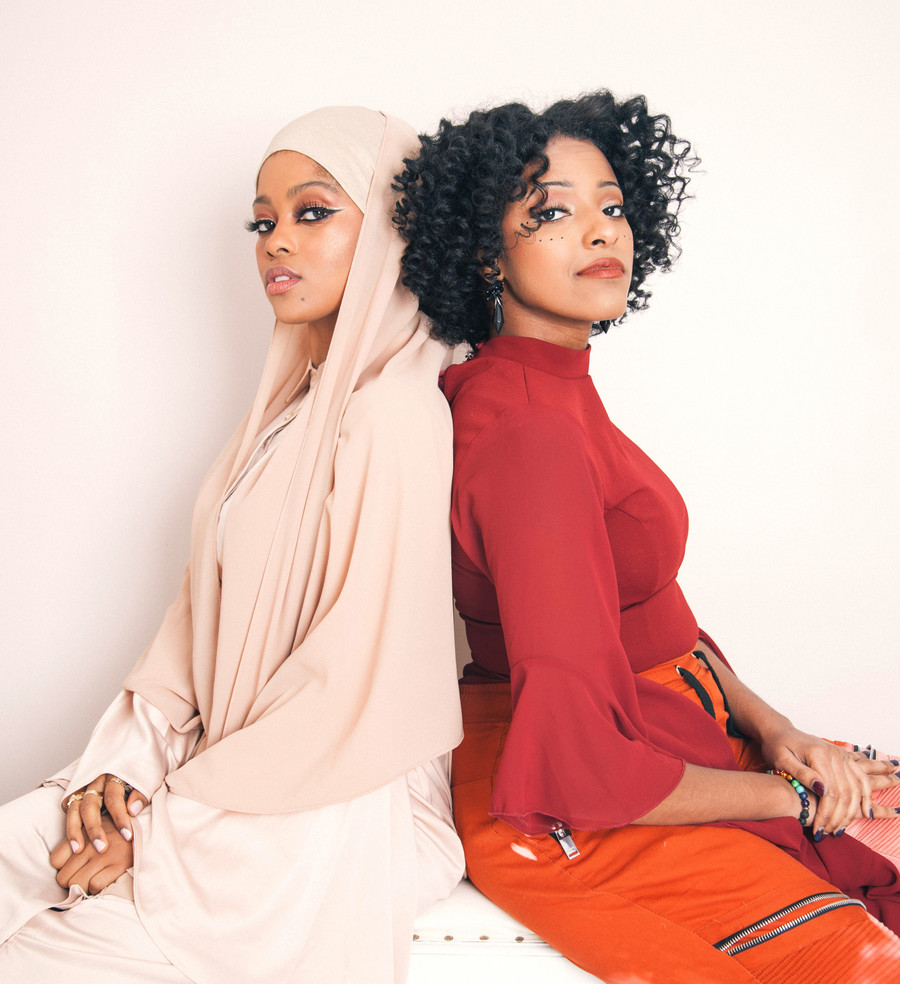 In February 2017, a video of Drake performing in London began to spread on social media. In the video, Drake can be heard saying, “I see you four girls right there, I hope you having a good time.” He then tells one woman, “You got that hot ass scarf right there, you might want to take this off. You don’t need to come out with that shit.” The title of the YouTube clip is “Drake Tells Muslim Lady To Take Off Her Scarf.” A rapid backlash soon intensified to the point where Drake issued a statement regarding the allegations. On Instagram, her wrote, “[T]o find out that I am being utilized in a fake media story about me disrespecting Muslims is devastating to me…I am well aware of what a hijab is and would never make a disrespectful comment like that in my life towards someone who is wearing one.”

The controversy prompted articles in Teen Vogue, HuffPost, and other outlets. However, the reporting—or more accurately, what each story failed to include—spoke to an interesting phenomenon. See, I don’t need to read media articles about the Drake hijab controversy to remember it because I was there. I don’t mean at the London concert itself—I lived in Minneapolis at the time—but as someone who is Black, Muslim, and a part of Black Muslim Twitter, I was there. Before anyone posted a clip to YouTube, a girl I followed at the time started the rumor as a joke. There are plenty of cracks directed at Drake on social media now, and this was true even back then, mostly because a lot of people find Drake to be a little corny. A joke about Drake telling a Muslim girl to remove her hijab was one of many. But as Black Muslim Twitter watched, what started as a quick internet quip blew up enough to reach the subject of the laughs himself.

The Drake controversy may prompt questions about why anyone would lie about such a incident, but that isn’t really the point here. The entire debacle demonstrated one very important thing: the (hyper)(in)visibility of Black Muslims. Just as there is a Black Twitter and a Muslim Twitter, Black Muslims have developed our own little subsection on the site. On Black Muslim Twitter, we’re loud enough for our statement or jokes to gain traction and even reach A-list celebrities. But at the same time, Black Muslims’ content is ripe for the picking. And when that happens, more often than not, we’re rendered invisible within any larger discussions about it.

People taking another groups’ cultural production isn’t unique to Black Muslims, of course. Condemnations of culture vultures, conversations about the exploitation of Black Twitter and Black TikTok creators like Jalaiah Harmon, and indictments of the general voyeurism directed toward Blackness online—the popularity of “hood fight” compilations, anybody?—abound today. However, those conversations often position Blackness as monolithic and fail to account for the specific intersections of being Black and Muslim that need to be addressed. Black Muslims aren’t just Black and we aren’t just Muslim; we exist as both at the same time, which means the content we develop has to be read simultaneously within both contexts. The Drake controversy illuminated what many Black Muslims already knew: We run the internet, even if the rest of y’all aren’t aware of it.

This can be seen with the way non-Black Muslims feed off Black Muslim aesthetic for their own social advancement. In 2018, the social enterprise illMuslims faced backlash after neglecting to include a single Black Muslim in a promotional video, despite obviously lifting from Black people for their aesthetic and even their name. Ayan, a Somali Canadian working in reproductive health, told Bitch that, “Arab and South Asian Muslims never engage in or listen to Black Muslim thought but use it as a launchpad, like there’s intellectual and emotional labor that they’ll use for their means.” Nadirah Pierre, a Haitian American content creator, also pointed out this trend, saying, “I’ve seen far too many content creators use Black Muslim caricatures in their skits or completely steal and remake memes or entire video ideas. I have unfortunately experienced this [myself].”

A big part of Black Muslim history is carving out spaces and structures for ourselves, something evidenced by the Nation of Islam’s “do for self” mantra—a call for Black people to develop fashion, agriculture, political organizations, and more. Black Muslims are responsible for the bean pie, the only true American Muslim food, and were out here sewing our own modest clothing and holding fashion shows long before Nike, Banana Republic, or other big brands decided to cash in on the Muslim dollar. This do-for-self attitude has carried over to online spaces where Black Muslims created our own digital enclaves, like Black Muslim Twitter, within larger platforms, and formed our own memetic environment. Pierre said that some of her favorite memes and jokes on Black Muslim Twitter include the ever-popular ones about surveillance: “From us figuring out Karen who popped up one jummah was an opp to [joking about] hearing static and having our phone calls disconnected.” In addition to jokes, Black Muslim Twitter is home to hashtags like #BeingBlackAndMuslim and #BlackOutEid, which generate plenty of media coverage each year.

However, Twitter isn’t the only platform where Black Muslims thrive. Black Muslims have developed online platforms like Sapelo Square, where Abdul-Khabeer serves as a senior editor; The Drinking Gourd, a literary magazine where I am the founding editor-in-chief; and groups like the National Black Muslim COVID Coalition and LGBTQ Somalis. The importance of these spaces cannot be understated. In digital enclaves, Black Muslims can shield themselves from anti-Blackness within the broader Muslim community or Islamophobia within the broader Black community and come together to address our unique issues. “I had never experienced Islamophobia within Black communities,” Ayan said. “Most of the Black people here are immigrants and from places where they’re already proximal [to Muslims]…I didn’t realize it was a thing until Twitter.”

Online enclaves also serve as a space where Black Muslims can celebrate or create joy amongst themselves. Being Black and Muslim means navigating anti-Black Islamophobia, an extension of Islamophobia rooted within, what African American literature professor Saidiya Hartman has dubbed the “afterlife of slavery“—the devaluation of Black lives through “a racial calculus and political arithmetic entrenched centuries ago.” For Black Muslims, it creates a sort of double jeopardy. “These enclaves are important because they not only serve as a communal form of reassurance but they allow us to extract and sort of survive off these small pockets of joy that stem from these absolutely ridiculous circumstances,” Pierre says.

Understanding the modest-fashion industry means recognizing how Black Muslim women in organizations like the Nation of Islam or the Moorish Science Temple paved the way.

While Black Muslims develop spaces for ourselves, the unfortunate reality of the internet means that, in most cases, anyone can see what we do. This is especially true on large social media platforms like Twitter and Instagram where privacy is not the name of the game. As a result, people outside the community take notice of—and notes on—Black Muslims’ online cool to the extent that Pierre said, “Online Black Muslim cool is setting the tone for the entire ummah.” This often results in the cultural production of Black Muslims being lifted and collapsed under a monolithic “Muslim” or “Muslim American” identity in a way that dangerously erases those who are responsible for the cool to start.

This is perhaps most obvious when looking at the modest-fashion industry, especially online.  In 2018, The Intercept reported on the growth of the modest fashion industry as companies recognize the consumer potential of Muslims. The 2017 Thomas Reuters State of the Global Islam Economy Report found that Muslims worldwide spent about $254 billion on clothing in 2016; the report estimates that it will increase to $373 billion by 2022. Understanding the modest-fashion industry means recognizing how Black Muslim women in organizations like the Nation of Islam or the Moorish Science Temple paved the way. “The Nation of Islam tried to use clothing to give Black women a new respectable identity that they had been denied by white supremacy, so they could…push back against stereotypes of Black women as promiscuous or asexual or not real women or humans at all,” Dr. Kayla Wheeler, an Islamic studies and fashion studies scholar, told The Intercept.

On YouTube and Instagram, Black Muslims are a key force behind the rise of modest fashion, with influencers like Shahd Batal (who recently partnered with ASOS for an exclusive style edit), Rayya Ansari, Yasmine Simone, and Hodan Yusuf. But as the modest-fashion industry exploded, people craved seeing the style of Black Muslim women on non-Black bodies, evidenced by influencers like Habiba da Silva and the popular Instagram page Hijab Fashion. “The colors and styles of these clothes that non-Black brands have started to sell, and [that] non-Black influencers have started to wear have all been copied from Black Muslim women,” Pierre points out. “The bandana over your scarf, the bright A-line garments, the printed hijabs, the turban style—we started all of that, but we don’t profit as much as others, if it all.”

The reduction of Black Muslims to the caricatures mentioned earlier by Pierre can also be seen in the ways people—those in and outside of the Muslim community—interact with historical figures. Online, Ayan has noticed how people cherry-pick Black Muslims, often invoking men like Malcolm X and Muhammad Ali to put on a veneer of resistance. This invocation by non-Black Muslims becomes, in some ways, a sort of “ghettoized Muslim,” Ayan said. But the problem isn’t unique to non-Black Muslims, as a number of groups play to tropes about just what Black Muslims can be. We’re dangerous. We’re aggressive. We’re to be feared. Minnesota congresswoman Ilhan Omar, for instance, on one hand serves as a Black Muslim boogeywoman to much of the public; at the same time, her very presence as a Black Muslim woman in the House of Representatives embodies resistance. It’s likely that in the future, when she no longer has a hand in shaping her own narrative, Omar’s imagery will be as cherry-picked as Malcolm X’s.

After all, there is nobody better to bring up than Black Muslims if you want to look hard or develop a quasi-revolutionary aesthetic for yourself online. It’s part of why stern pictures of Malcolm X’s face are favored over any of him smiling or laughing. And while Malcolm X fills people’s Instagram grids and Twitter headers, the Black Muslims who continue to live, speak to, and create within the present Black Muslim experience are neglected until it’s time for someone else to break off another sample of Black Muslims’ online cool.

Read this Next: The Woke Generation 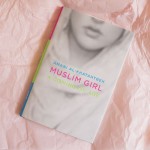 by Sarah Mirk
Amani Al-Khatahtbeh is a mover and shaker.