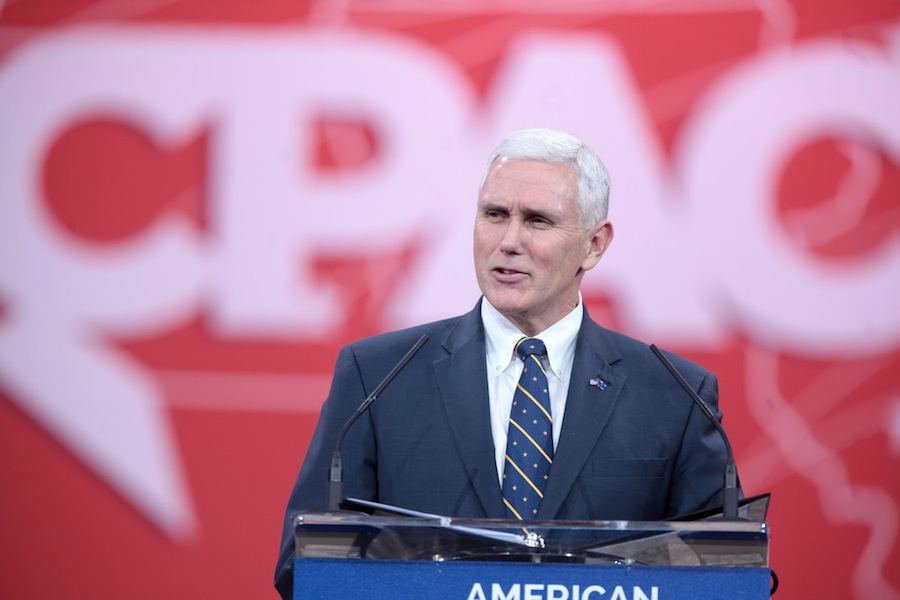 The snowballing series of events in our collective national nightmare sometimes makes it difficult to remember that in addition to being chased by a dragon (Donald Trump) through urine-stained back alleys of an ominous post-apocalyptic city (the tattered remains of the republic), we are also not wearing pants, because Mike Pence stole them. And it’s really, really important that we duck behind a dumpster real quick to catch our breath and talk about the pants situation.

We knew this before the election. A multitude of people repeatedly warned us that Pence was a horrifying prospect as vice president, and they presented his record in Indiana as proof.

But Trump’s antics eclipsed his running mate, and ever since January 20, we’ve had so much to deal with that we’ve forgotten about the other half of the gruesome twosome. Let’s not forget that Mike Pence cast the tiebreaking vote in the Betsy DeVos confirmation hearing, that some Trump appointees, like Seema Verma, are clearly Pence-groomed favorites, and that he spent the weekend of February 18 in Europe doing some foreign policy damage control. There’s a reason people are calling him “President Pence” (hopefully he and President Bannon are okay with this joint custody situation).

It’s not uncommon to allow vice presidents to filter quietly to the background, but it’s disturbing in Pence’s case not just because of the power he holds, but because of the haste with which people seem to be soft-pedaling him. Remember: If Trump is impeached or decides his shiny new toy isn’t fun anymore and steps down after running the country into the ground, Pence will become the president of the United States—and making him palatable is one way to set the stage for making that acceptable.

It’s one (terrible and ill-advised) thing to politely pretend that Pence’s tenure in Indiana wasn’t uniformly awful for anyone who wasn’t Mike Pence. It’s another to rewrite history, which is exactly what happened over the same weekend Pence went on his grand European vacation. Politico issued a fawning article about how Pence “halted” Indiana’s horrific 2015 HIV outbreak, and Bono (yes, that Bono) praised Pence for his HIV work, as Paper magazine noted in the wryly titled: “Bono congratulates Mike Pence on his AIDS relief efforts (in spite of Pence’s catastrophic former HIV policies.” Bono was evidently willing to let bygones be bygones in favor of the president’s Emergency Plan for AIDS Relief, passed in 2003 and renewed in 2008, when Pence was in the House.

There are a lot of bygones to politely ignore, starting in Scott County, Indiana, in 2013. Planned Parenthood was forced to cease operating due to an extremely hostile political environment that choked off its funding. That environment was fueled in part by Indiana’s conservative governor at the time, Pence, who remains rabidly opposed to the health services organization on the grounds that some Planned Parenthood facilities offer abortions. Like many rural counties in America, Scott County relied on Planned Parenthood for a variety of health services, including STI screening and treatment. Oddly enough, one of the services that facility didn’t offer was abortion.

Scott County’s extremely high poverty rate dovetailed, as it does in many parts of rural America, with a substance abuse problem—specifically, an injectable narcotics problem. That creates an ideal situation for circulating HIV and Hepatitis C—unless, of course, people have access to clean needles and safe injection practices as part of a harm reduction strategy. But that option wasn’t available in Indiana, where needle exchanges were illegal thanks to a governor with an extensive history of voting against them. As governor, Pence threatened to veto any bill legalizing an exchange that hit his desk. When a rare case of HIV cropped up in Scott County, and then another, and another, public health officials suggested using a needle exchange and harm reduction program to put the brakes on the situation. Pence refused. The outbreak spread.

Pence created a perfect storm for ensuring that people with substance abuse issues would pass bloodborne pathogens by sharing needles and blocked access to health services that could have helped them identify and start treating their HIV. His policies shaped what some researchers argue was a wholly preventable outbreak.

It’s notable that Indiana’s epidemic didn’t get a lot worse in part because patients were shifted to Medicaid for treatment, and this worked despite the fact that Indiana had rolled out a bizarre conservative nightmare of a Medicaid expansion under the Affordable Care Act. That expansion was led by our old friend Seema Verma, who required people to pay “premiums” to qualify and proposed mandatory unpaid “work activity” as a criteria for eligibility. The Guardian describes the plan as “punitive,” and it’s not wrong—and the GOP fetish for Medicaid block granting means that even this haphazard, demoralizing, dehumanizing provision of Medicaid services could be hamstrung in coming years.

Meanwhile, counties that qualified for the state’s permission could set up needle exchanges under very restricted circumstances—but the state wouldn’t help pay for it. That’s courtesy of moral panic about needle exchange programs and claims that the availability of safe needles increases the risk of drug abuse. Sound familiar? It’s the same argument conservatives trot out to suggest that access to birth control makes people promiscuous. (It doesn’t.)

Somehow we have gone from ample documentation of a crisis—including peer-reviewed research—all pointing at evidence suggesting it was preventable and that Pence’s policy positions played a direct role in hindering its successful resolution to puff pieces and celebrities praising him for his response to the outbreak. This is a sinister turn of affairs.

When everything is on fire, it may feel tempting to lower the bar—“Mike Pence may have enabled a horrific HIV outbreak in Indiana, but at least he doesn’t call Mexicans rapists and cause foreign relations incidents with Sweden!” But that’s the wrong response. We don’t even need to keep the bar where it is. We need to raise it. Just as Trump didn’t become more “presidential” by learning to read a teleprompter, Pence isn’t magically more palatable simply because he’s not as terrible as his partner in crime. This is precisely the kind of normalizing we should be pushing back against. 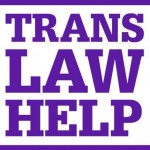 by Sarah Mirk
In just days, TransLawHelp.Org springs up to offer legal resources for transgender people.