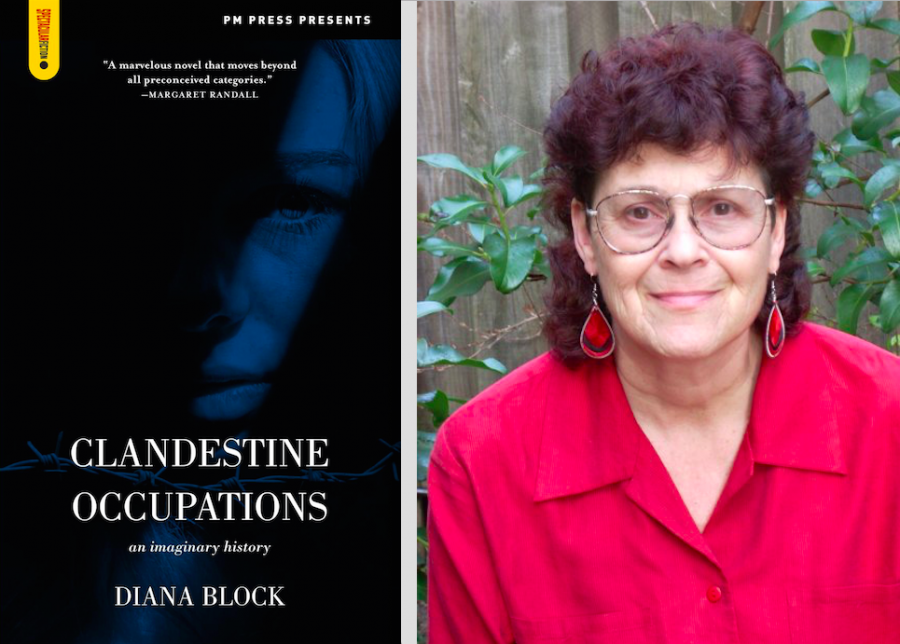 In 1981, Diana Block joined a small clandestine group of white people who were committed to supporting Puerto Rican independence movements. Four years later, shortly after the birth of her son, the group discovered a tracking device under their car. Realizing that they were being watched by the FBI, the group split up and spent nearly a decade living under new identities.

Block and her partner Claude Marks raised two children while underground. In 1994, they negotiated a deal with the government in which Marks and one other member of the group served time in prison on charges of conspiracy to transport explosives. The others would not be charged. The group emerged from life underground and were able to reconnect with their families, friends, and community. Marks spent four years in prison, then rejoined Block and their children.

Since returning to public life, Diana Block has helped found the California Coalition for Women Prisoners, which supports people in California's women's prisons, and the Jericho Movement, which advocates for the freedom of all political prisoners in the United States.

Six years ago, she detailed her life in the memoir Arm the Spirit: A Woman's Journey Underground and Back. “As I was finishing my memoir, I realized that there were many stories that I hadn’t been able to tell,” she explains. That realization was the seed for her new novel, Clandestine Occupations: An Imaginary History, which came out in October from PM Press. The novel tells the story of a movement—including the decision to go underground and the aftermath—from the points of view of six different women.

“In Clandestine Occupations, I have been able to explore characters and experiences from clandestinity, and beyond, that were too confidential or controversial to reveal in a memoir,” Block says. “Fiction gave me the freedom to splice characters and histories together in a way that disguised identities and factual record but ultimately revealed a true picture. It allowed me to adopt other people’s points of view and speculate about radical possibilities for the future.”

I have to admit that I'm not overly fond of novels told from multiple points of view. But Block pulls this off well. She has created memorable characters that anyone who has been involved with political organizing work can see themselves in. There's Luba, the character whom Block most identified with, who is forced to go underground for years after an unexpected betrayal. There's Anise, a young woman whose political idealism contrasts sharply with her mother Sage, whose experience illustrates the ways in which movements can disillusion and push out those who disagree with tactics and strategies. There's even an informant, Joan, whose decision to sell out the group sends Luba on the run and another woman to prison.

“It was more difficult for me to get inside Joan’s head than any of the other characters,” Block reflects. “I have known informers and agents and so I had some background with the subject, but Joan is not based on anyone I have actually crossed paths with. I wanted to explore how someone who is ambivalent could get pushed into betrayal by their own subjective conflicts and also by the way other activists treat them. I wanted people to understand why she made the choices that she did without condoning them. And I also wanted to show the long term consequences of her actions on others.”

At the same time, Block creates memorable minor characters whose experiences illustrate the realities facing people who have loved ones in prison. Through Coretta, an older Black woman whose daughter is in prison, readers see firsthand the arbitrary rules and regulations that punish not only those held inside, but also their family members. Coretta recounts bringing her baby grandson to visit his mother at Easter. She waits 45 minutes to be processed only to be turned away because the baby is wearing beige, the same color as the prison jumpsuits. She then has to drive to Target and buy another outfit before they are allowed to visit that day. In another scene, Candelaria, a hospital clerk, tells her co-worker about her sister in prison, who has been taunted by the guards. In just two pages, Candalaria's story explains how California's sentencing works (if you're given seven years-to-life, you may very well end up serving a life sentence) as well as the horrific abuses inside prison.

But Clandestine Occupations never gets preachy. Every encounter with or explanation of systemic injustice moves the story forward until we get to the year 2020. I won't give it away, but suffice to say that if Block wanted to write dystopia next, she could give George Orwell a run for his money.