PoliticshealthMental HealthSome of Us Are Brave 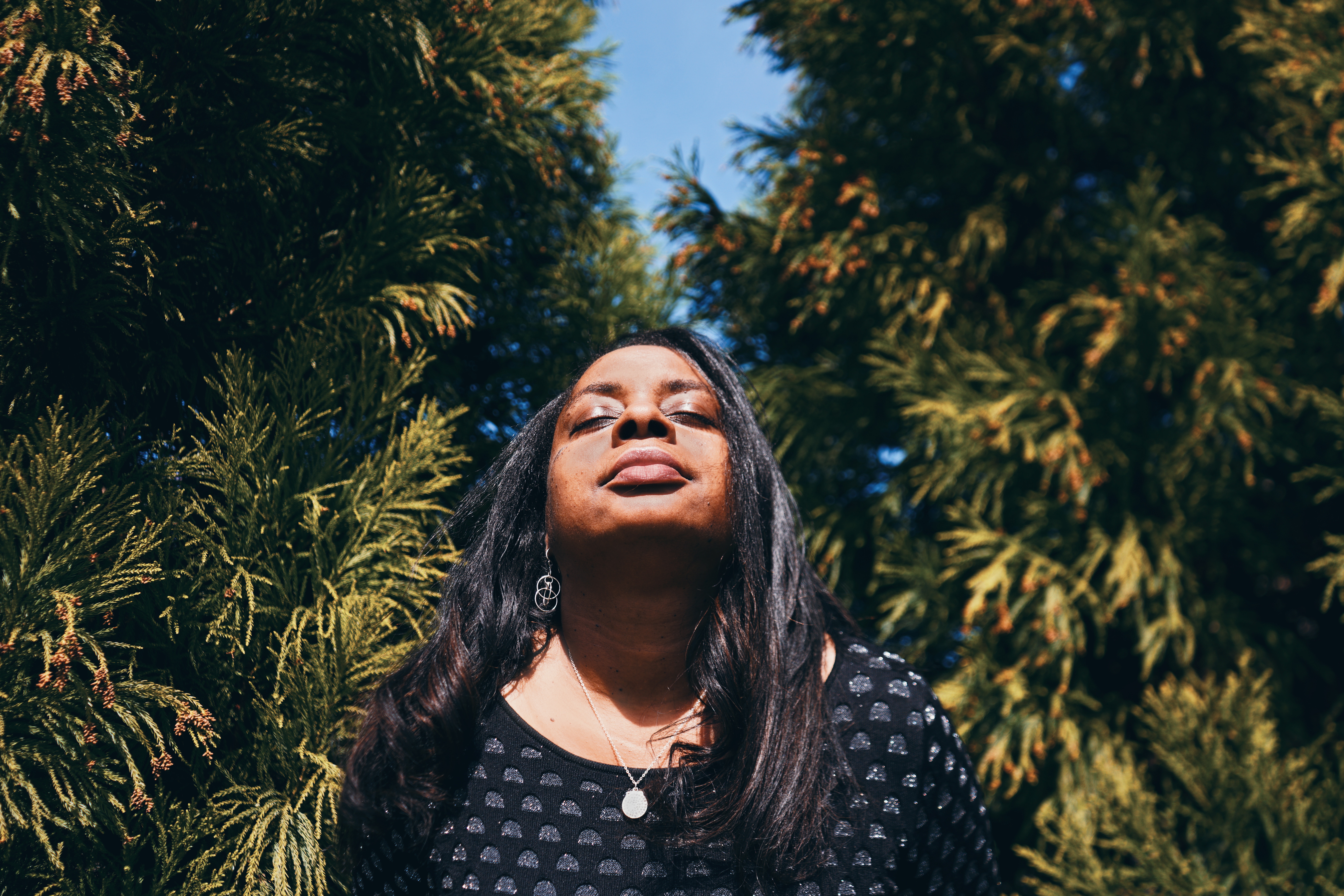 I am anxious. Not in the usual way that I have learned to contain. Writing has become a struggle; inspiration is elusive. The proposal for my second book sits unfinished along with various other projects. I haven’t seen the inside of the gym in weeks, choosing instead to soothe myself with cupcakes and margaritas. I am unmotivated and unmoored. I have been since Donald J. Trump became PEOTUS last fall. And it has only gotten worse since the inauguration three weeks ago. Every day seems to bring a new blow to democracy or another threat to people like me. I can neither resist nor bear looking at my phone when I hear NBC’s breaking news chime. And I am emotionally exhausted from worry and having to justify my humanity and experiences as a Black woman, not just to the opposition but to supposed allies. Microaggressions feel macro on raw nerves. I cannot imagine four years of this.

A lot of Americans feel like I do. In fact, in a recent Slate article, Danielle Ofri, a doctor and associate professor of medicine at the New York University School of Medicine, wrote that she and her peers are seeing more patients suffering from election-induced anxiety.

“Another patient with a transgender partner and no prior mental health issues experienced an episode of psychosis brought on, according to the doctor, by overwhelming fear for the future. Another patient had to cancel a planned biopsy because he was simply too anxious to lie still on the table. A family practice doctor wrote to me that in a single day she had to treat three patients with anxiety and inability to sleep. ‘I felt like a psychiatrist,’ she said.

There are also physical ramifications. One doctor told me of a black American patient whose rheumatoid arthritis flared, likely from postelection stress. Another patient’s asthma has worsened with increased wheezing and coughing since the election.”

I am worried that if the Trump regime does not kill us all, the anticipation of destruction will. We cannot move forward like this. How can we resist if we can’t even get up? How can we fight if we can’t breathe?

I asked some smart writers, educators, and others to help crowdsource a blueprint for restoration during resistance. Here is what they said:

“Honestly, I’m allowing myself to cry,” says Chris MacDonald-Dennis, a college educator and soon-to-be ordained minister. “I am reminding myself that I don’t have to have it all together. That’s surprisingly freeing.

“My role [as a multicultural affairs educator] is to advocate for and support the people most impacted by this man. If I were to simply keep it all in, I would definitely burst. The tears acknowledge the Sisyphean task in front of all of us doing this type of work, never mind taking care of myself.”

The effort to “have it all together”—as if “alternative facts,” anxious immigrants stranded in airports, swastikas on New York City subway trains, and school officials armed against marauding bears are normal things—is an extra burden to the psyche right now. It is okay and healthy to cry. Scream if you have to. Let it all out.

Executive orders are flying. The battle over Trump’s cabinet nominees is hot. There are constant calls for on-the-ground activism. We cannot afford to be ignorant of what is happening right now, or complacent. But no individual needs to be plugged in all the time, receiving constant alerts about bad news and then watching the ensuing meltdown on social media.

Several people told me they feel better when they step away from devices for a few days at a time. One acquaintance, who relies on the computer for her job, says she uses website-blocking applications to keep her from the lure of addictive political news.

Standing with three friends at an anti-Trump protest in front of the Indiana Statehouse after the election, I felt powerful. I remembered that I have a voice. I remembered how my fellow progressive Hoosiers banded together to force changes to then-Gov. Mike Pence’s odious Religious Freedom Restoration Act (which Trump may be poised to take national). I remembered that more Americans voted against Trump than for him and that if we remain focused and hold our representatives accountable, we may be able to block the worst of his agenda.

Being with like-minded people helps, but it is similarly freeing to come together with friends and not talk politics—to talk about art or music or, hell, to gossip instead. (Is Drake really with JLo or does that IG pic with Nicki mean something?) Hug your babies. Kiss your partners. Take selfies with your friends. Remember that love trumps hate.

Get ready for battle

“I feel that I’m preparing for something emotionally, intellectually, physically, that I am waking up,” says author and freelance editor Julie Christine Johnson. “There is a fury inside me that simply won’t accept what is happening, will not let this happen. I am a physically fit, strong, smart, resourceful woman. I am listening deeply for the call and have resolved just this week to begin making certain I am ready for it. Self-defense classes, no more alcohol, focusing on self-care. Ready for whatever frontlines may come.”

It is always important to take care of yourself for no other reason than that you matter. Women, especially, forget that we can put our own care first. But now there is another pressing reason to start a meditation practice, take your meds, and move as much as you are able. We all need to be as healthy as we can be for the fight ahead.

It goes without saying that it is not enough to be angry or worried. We have to harness those feelings to make change. That means marching, making calls, registering voters, getting involved with local grassroots activism, and serving as an ally to marginalized people affected by Trump’s policies. (I recently spoke to several allies and gathered tips on how.) Doing something besides worrying not only helps prevent the worse from happening, it relieves anxiety.

Look to the ancestors

I have gained needed perspective from talking to elders and being reminded of how they fought and survived. Social injustice amnesia is an exasperating feature of an American society that likes to assign gross oppression to the distant past. But it has not been 50 years since Martin Luther King Jr. was murdered or since Sylvia Rivera and other activists sparked the Stonewall riots in defiance of police mistreatment of the gay and trans communities. Many of our mothers and fathers and mentors experienced these things firsthand and can help guide us in a new age of resistance. People of color, women, and the LGBTQ community have been in this place before. Our forebears overcame. We can, too. This time, hopefully all the way.

There is also strength to be gained in the art of resistance—words written by past thinkers and social justice warriors like James Baldwin and Audre Lorde. The opportune recent release of I Am Not Your Negro, a documentary that illustrates Baldwin’s fearless analysis of race in America, is a balm for the Trump-wounded soul. And just yesterday, a friend introduced me to a quote from Lorde’s The Cancer Journals that has helped me exhale. The feminist icon Lorde wrote:

“I have found that battling despair does not mean closing my eyes to the enormity of the tasks of effecting change, nor ignoring the strength and the barbarity of the forces aligned against us. It means teaching, surviving, and fighting with the most important resource I have, myself, and taking joy in that battle. It means, for me, recognizing the enemy outside, and the enemy within, and knowing that my work is part of a continuum of women’s work, of reclaiming this earth and our power, and knowing that this work did not begin with my birth nor will it end with my death. And it means knowing that within this continuum, my life and my love and my work has particular power and meaning relative to others.

“It means fishing in the Missisquoi River at dawn and tasting the green silence and knowing that this beauty, too, is mine forever.”

We have power. But to maintain it, nurture it, and use it in Trump’s America, we each need to find our Missisquoi Rivers and our green silences. In order to take care of business, we have to take care of ourselves.

Relevant: Ask Bear: I Don't Drink. Should I Start?

by S. Bear Bergman
A reader wonders if they're missing out—but worries about spiraling into addiction.