PoliticsracewhitenessSome of Us Are Brave

The Failure of White Feminism 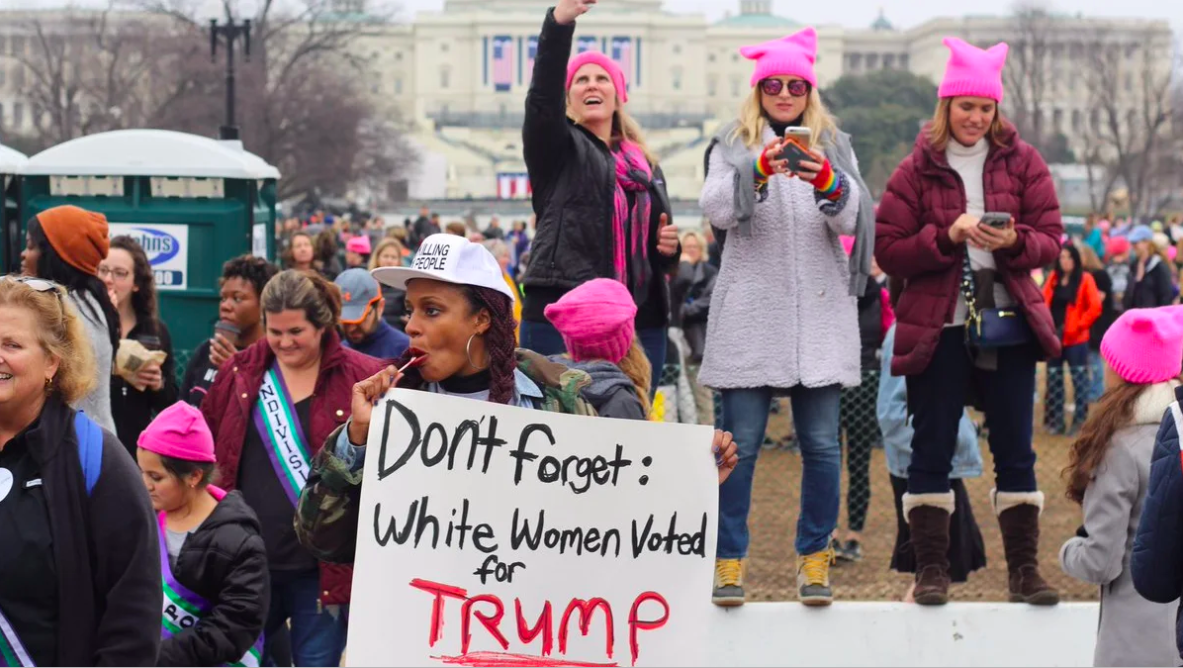 A buffoonish reality television star with no governing experience and a history of crass behavior ran a presidential campaign highlighted by flagrant misogyny. He said that women who have abortions should face “some form of punishment” and chose as his running mate an extremist with a history of opposing reproductive rights. He vowed to repeal Obamacare, wiping out its many benefits to women, including the right not to be charged more than men for healthcare. He called a breastfeeding woman “disgusting.” He boasted about grabbing women “by the pussy,” and women came forward with stories of alleged predatory behavior. He derided female opponents for their weight and appearance. He remained silent on equal pay, comprehensive, extended paid family leave, child care and sexual harassment. And 53 percent of white women voted for him.

The triumph of President-elect Donald Trump represents the failure of many things. One of them is white feminism. The mainstream gender equality movement that has come to be known as “white feminism” is characterised by cults of personality, capitalism, and the needs of straight, white, middle-class American women. It treats poverty as an afterthought, even as women are 35 percent more likely to live in poverty than men. It ignores the needs of brown, immigrant women and is relentlessly U.S.-centric. It strips Muslimas of their agency and faith in the name of women’s empowerment. It focuses on “mommy wars” more than affordable and accessible childcare. It gives scant attention to violence faced by women of color and trans women. It is centered on the urban coastal experience to the exclusion of suburban and rural women of all races. For these reasons, it is utterly useless in moving us forward. The path ahead begs for intersectional feminisms and the centering of marginalized women, including women of color, queer women, and poor women.

There is an assumption in Democratic circles—that group being the closest thing America has to a viable progressive party—that certain communities are natural liberal allies: women; people of color; and gay, lesbian and trans people. It is these groups that stand to lose the most under conservatism and the idea that the country needs to return to “the good old days” with its naked and abundant sexism, racism, and homophobia. As imperfect as the Democratic Party is (and it is very imperfect), it is the only major party that actively works toward equity for marginalized people. It is important to note here that the party often lags on supporting the issues crucial to its most loyal members—issues like mass incarceration, income inequality, police brutality, and trans rights. It is assumed that we will become allies—at least every four years—to ensure folks like Trump and the odious Mike Pence don’t get their hands on all of our rights. In theory, as Hillary Clinton said, we are “stronger together.”

This year, 94 percent of Black women voted for Hillary Clinton, the Democratic candidate. More than 68 percent of Latinx women did, too. According to the Asian American Election Eve Poll, 79 percent of Asian American women supported the first female presidential nominee for a major political party. Men of color supported Clinton, too. 80 percent of Black men voted for her, as did 62 percent of Latinx men. Native American leaders stood with Clinton, as did  most LGBTQ voters. Not white women, though; they voted for the Republican Party, as they have consistently done in recent elections, and, arguably, against their interests as women. How could this be? Feminism has been mainstreamed. Amy Schumer did “Last Fuckable Day!” Lena Dunham has a newsletter! Thanks, in part, to the internet, many more women know the language and rudimentary tenets of feminist thought. But feminism has also been commodified and, as Bitch founder Andi Zeisler points out in her book We Were Feminists Once, “mediated, decoupled from politics, staunchly focused on individual experience and actualization”—that is, the individual experiences and actualization of a small subset of white women.

Women of color have long complained about the ways they are marginalized in feminism—a movement allegedly about us, too. Black women, in particular, are often chastised for how we do women’s empowerment. Many of us won’t take up the label “feminist,” for example. And the days before the election found black women arguing with white feminists on social media, pointing out that the suffragettes many of them were praising were no friends to women of color. Cavorting at Susan B. Anthony’s grave and donning white pantsuits on Election Day may not have spoken to Black women, but we did show up and vote for progressive women’s interests at a rate higher than any other demographic.

Mainstream white feminists consistently make the fatal mistake of presuming that their motivations are stimulating to every woman. Self-reverential, non-intersectional feminism doesn’t speak to most women of color, but here’s the real rub, at least when it comes to progressive politics: It doesn’t speak to most white women, either. Think about the women at Trump rallies who not only were not offended by Trump’s claims of pussy grabbing, but donned t-shirts offering their pussies up for the cause. Those women, who defended the candidate’s behavior as “just how men are,” find little appeal in feminism because they like defined gender roles and believe the lie that feminism merely seeks to replace men with women.

Understand, I’m not advocating sympathy for the “deplorables.” I’m just pointing out that mainstream feminists damn well better learn to talk to women with different lived experiences, or the supposed liberal coalition will continue to operate without its most powerful voting block—women—because white women as a whole will continue to not show up for us. It is long past time that we dismantle “white feminism” with its focus on posturing instead of equality for all women. Turn down Amy Schumer and Lena Dunham, and turn up feminist folks like Alicia Garza and Moya Bailey. Watch how women of color (and queer women and poor women and women with disabilities) build alliances around women’s interests. The progressive coalition will never be as strong as it needs to be if more white women will not join us.

This was absolutely eye opening and thought provoking. Thank you for sharing it.

I think you're right that feminism has apparently not reached the majority of white women, but can you be more specific about some of the things that feminists should be doing to attract them instead of what they are doing?

I think you're right that feminism has apparently not reached the majority of white women, but can you be more specific about some of the things that feminists should be doing to attract them instead of what they are doing?

I think you need to break down the stats within those who did not vote for Clinton - break it down by region, state, education, income, etc. to get a better picture of who is voting for whom and why. I am a highly educated, white, middle income female who stands up for women's rights - women of all backgrounds, race, etc. - and I voted for Clinton. I know of some women who are in a higher income bracket (black, white, latino, asian, etc.) who voted for Trump merely because they want to be better off economically - health insurance, women's rights, and other issues "don't impact them" so they vote for the one who they think will help them keep more of their own money.

Relevant: On Donald Trump, Last Straws, and Who Really Matters 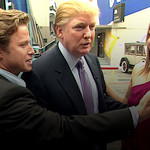 by Tamara Winfrey-Harris
“Pussygate” should not have been the straw that broke the camel’s back. The camel should have been on life support years ago.