PoliticsraceharassmentElection 2016Some of Us Are Brave

On Donald Trump, Last Straws, and Who Really Matters 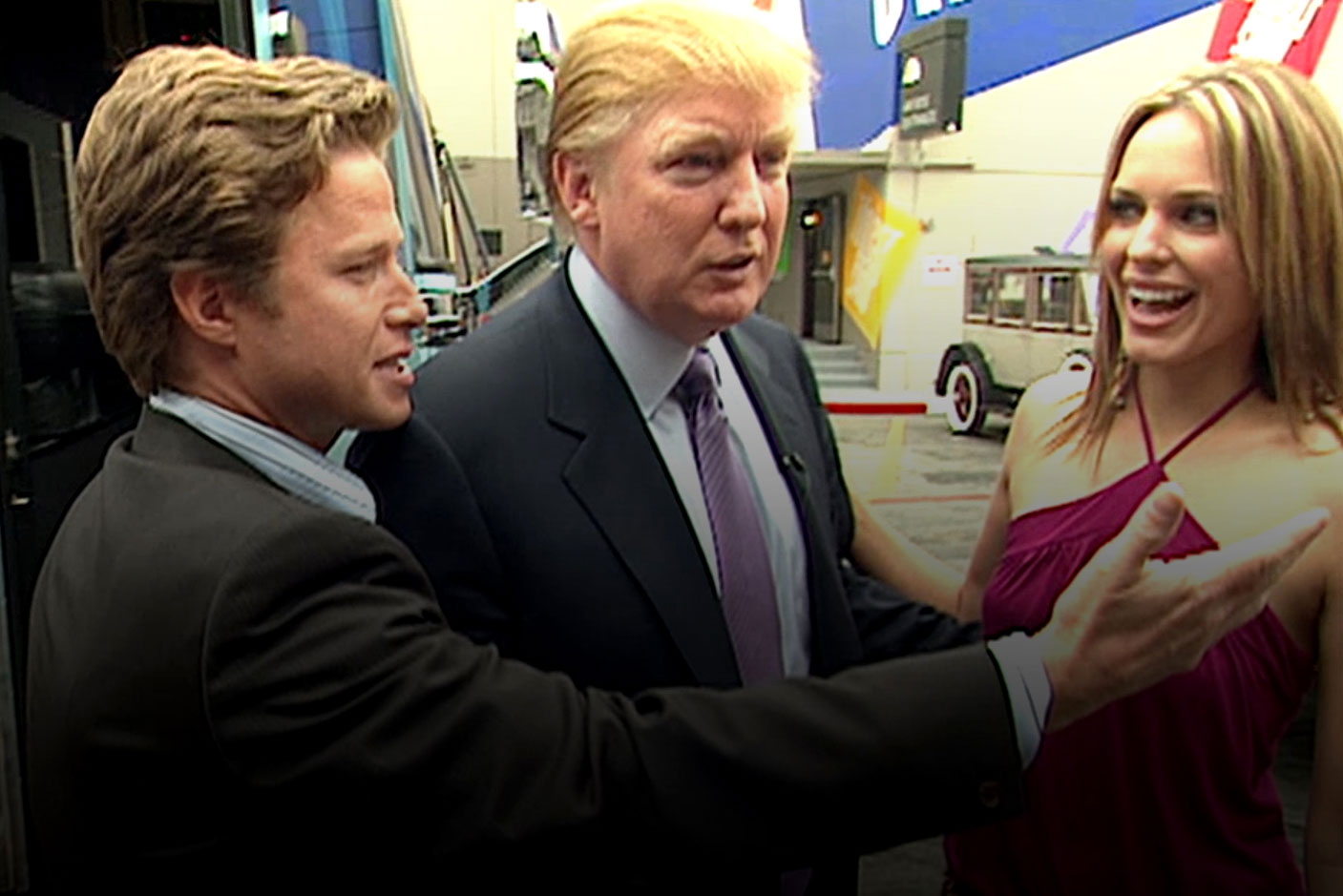 Thank the Donald for a lesson on race and gender in America. Last Friday, audio emerged of presidential candidate Donald Trump on a hot mic before an appearance on Access Hollywood vulgarly chatting about host Nancy O’Dell and telling a giggling Billy Bush how celebrity gives a man license to assault women. “You know I’m automatically attracted to beautiful—I just start kissing them. It’s like a magnet. Just kiss. I don’t even wait. “And when you’re a star, they let you do it. You can do anything…Grab them by the pussy. You can do anything.”

This was the last straw for the Republican establishment and many of Trump’s supporters. Representative Jason Chaffetz, a Republican from Utah, became the first sitting congressperson to disavow the candidate, stating, “My wife, Julia and I, we have a 15-year-old daughter. Do you think I can look her in the eye and tell her that I endorsed Donald Trump for president when he acts like this…?” More party repudiation followed. Rumors swirled that the Republican National Committee would refuse its party standard-bearer further support, focusing instead on trying to keep control of the House and Senate. These rumors have since been denied by RNC Chair Reince Priebus. Meanwhile, according to Nate Silver’s forecasting site, FiveThirtyEight, Hillary Clinton’s chances of winning the White House bumped three percentage points to 84 percent in the days after the offending tape was released.

What is troubling is that for too many people, only this moment disqualifies Trump from leading our country. Even some liberals behave as if this misogyny is the candidate’s worst offense. But as singer/songwriter Syreeta Neal pointed out on Facebook, he has been horrific and unapologetic throughout his campaign: “I obviously abhor Trump and have been as triggered as anyone by the latest recordings of him and Billy Bitchass Bush. But I’d also like to point out to white feminists who are saying that this is ‘The Worst’ of Trump’s antics thus far that this is the same man who took out a full-page ad calling for the execution of five innocent Black and brown kids and still refuses to apologize for it.”

Here are some things that did not prove to be the nail in the coffin for Trump’s shot at the White House:

• Donald Trump hired Stephen K. Bannon, the chairman of an extremist site that champions white nationalists, as well as anti-Muslim and anti-immigrant ideas, to lead his presidential campaign.

• Donald Trump used the tragic murder of Nykea Aldridge, a young Chicago mother, to tout his alleged popularity with the African-American community.

• Donald Trump attacked the family of Captain Humayun Khan, who was killed in the line of duty in Iraq, alleging that the late serviceman’s mother, Ghazala, did not speak at the Democratic National Convention because, as a Muslim woman, she was not allowed to. Of course, if Trump had his way, the Khans might never have been allowed to immigrate to the United States. The candidate has called for a ban of Muslim travel to the United States, surveillance of mosques, and the creation of a database of all Muslims living in the country.

And, as Neal said, Donald Trump has continued to slander the Central Park Five, a group of brown and Black boys unjustly accused of brutally sexually assaulting a jogger in 1989. At the time of the racially charged case, Trump took out a full-page ad in the New York Times calling for New York to reinstate the death penalty. After serving between six and 13 years in prison, the boys—now men—were cleared of all charges by DNA evidence and a confession by the actual perpetrator.

Donald Trump, Republican candidate for president, has cavorted with racists and bigots. He has stoked fear of Black and brown people and violence against them at his rallies. He has demeaned the memory of a Black woman. He has maligned brown immigrants. He has signaled his support of a biased police state that surveils brown citizens and executes innocent men of color. Any of those things should have been chilling. Any of those things should have been inexcusable in a candidate for president. “Pussygate” should not have been the straw that broke the camel’s back. The camel should have been on life support years ago. But three weeks ago, Trump was in striking distance of Clinton’s lead.

And folks wonder why we have to remind everyone that “Black lives matter.” The ability of so many to ignore Trump’s attacks on Black and brown people, even as they recoil from his sexual aggression, illustrates who has value in Trump’s corner of America and why. Brown immigrants do not matter. Perhaps the candidate’s language was too harsh, but we should keep an eye on those brown people streaming across our borders. Black and brown citizens do not matter. Those “inner-city” boys in Central Park were probably guilty of something. Black and brown women do not matter. You can tell Ghazala Khan is oppressed by her hijab. And Nykea Aldridge was simply a victim of Black-on-Black crime caused by single-parent families and moral turpitude. White women matter, but only as possessions. The idea of a man like Trump marauding among the daughters and wives of Republican leadership is abhorrent. (I don’t believe for a second that the public response to Trump is about the safety of women of color.)

In a documentary about the murder of Emmett Till, Jane Dailey, associate professor of American History at the University of Chicago, explained to PBS how some men use (white) women to affirm their power. “It has often been important to various groups of men to protect what they call the virtue of the women they consider theirs,” Dailey said. “In ‘protecting’ a woman’s sexual purity, a husband (or father or brother) protects his monopoly on her sexual favors.” It is not a coincidence that so many men who formerly backed Trump invoked their wives and daughters in their disavowals. Or, like Jeb Bush, their granddaughters: “As the grandfather of two precious girls, I find that no apology can excuse away Donald Trump’s reprehensible comments degrading women.”

The Trump Access Hollywood tape is a horrifying illustration of American rape culture. Here was a man—now a candidate for president, no less—gloating about how his power and privilege enables him to violate women with impunity while being egged on by a smirking lickspittle from a powerful political family. It is good that former members of Trump Nation understand that their daughters’ and wives’ bodies are not playthings for men—no matter how famous. (Unlike Donald Trump, who is cool with dudes calling his daughter a “piece of ass.”) It would be better, though, if the Republican Party and the rest of America could recognize the agency of all women, even ones they are not related to. It would be better if America affirmed the humanity of all people, regardless of skin color. Our country should do better. But I suppose, if it keeps a diabolical, animate jack-o’-lantern out of the Oval Office, I will take this.

... please update to include Women of all Abilities
So much of the criticism of Trump assumes that's his misogyny only extends to women without visible and invisible disabilities. Look up #Abelism and the Harriet Tubman Collective's work that critiques the Black Lives Matter movement for not including women of color with disabilities-like my autistic 12 yo- ain't she one of us too?

Relevant: Melissa Harris-Perry Recounts the Fear of a Near-Attack in Iowa 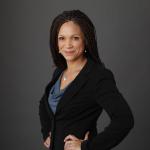 by Sarah Mirk
A guy approached her muttering about “Nazi Germany" and she did the right thing—listen to her gut.