Why Hillary Clinton Is Pandering to Black Voters | Bitch Media

Don’t Dab for Me, Hillary Clinton 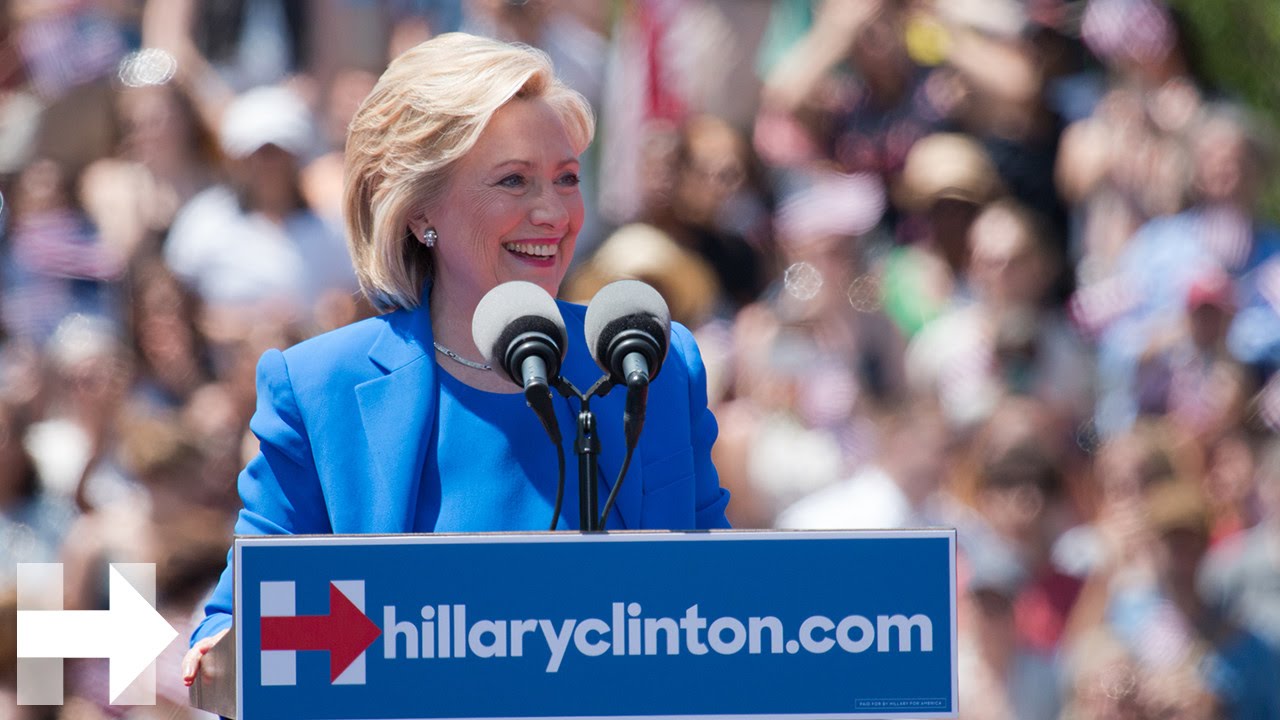 Hillary Clinton announces on June 13, 2015, that she will run for president (Photo credit: Screenshot from YouTube/Hillary Clinton)

Welcome to my new monthly column Some Of Us Are Brave. This space is all about the intersected identities and experiences of American women. My focus will be race, but I’ll also tackle age, class and other issues. Ideas for a column? Contact me at tami@b-word.org

Last week, Hillary Clinton became the first woman to win a major political party’s presumptive presidential nomination in the United States. Less than a century ago, American women did not have the right to vote. And now, a woman is poised to become our nation’s president. This moment is a victory.  Still, I am ambivalent. Like many Black women, I am not convinced that a Hillary Clinton presidency is a victory for me. Wait. Here is the moment when I promise you that I am, without question, voting for Hillary Clinton in November. The other choice is a loud, mendacious, bigoted Cheeto stain. A monster. I will not gamble with the Supreme Court or reproductive rights or the lives of American Muslims and immigrants. I don’t think marginalized people have the luxury of I’m-making-a-point votes. Those are for the privileged. Citizens like me have too much to lose.

So, #GirlIGuessImWithHer. But I don’t reckon a Democratic candidate can abide an unenthused Black, female electorate. In 2012, Black women led the United States in voter turnout. We also played a significant role in turning Virginia blue in 2013, leading that state’s voters in turnout for the gubernatorial election. When Black women show up, as the adage says, we “show out” for our preferred candidate. Clinton needs that fervor. Though white Democratic women are excited about Clinton’s history-making win, history shows that white women as a whole tend to vote Republican, as do their male counterparts. Relying on fear and loathing of the GOP candidate may not be enough to make up the margins. Black women are powerful. I am certain of my vote in November. Candidate Clinton better make sure she’s got my sisters’ votes on lock, too. There are four steps Clinton could take to move Black women’s reception from “I guess…” to “Yes!”

Understand that our struggles are different

Upon clinching the Democratic nomination, Hillary Clinton tweeted, “To every little girl who dreams big: Yes, you can be anything you want—even president. Tonight is for you. -H” A heartfelt sentiment, no doubt, but an ignorant one. Clinton’s win did not break barriers for the little Black girl in the photo that accompanied her tweet any more than the 19th Amendment assured Black women the right to vote. (Or any more than Barack Obama’s presidency cleared the path for a Black woman president.)

Clinton’s campaigns have been long on references to feminism and short on intersectionality. Before the former secretary of state’s allies were scolding young women for following the boys, they were pronouncing that “gender is probably the most restricting force in American life,” ignoring the double whammy of racism and sexism that limit the opportunities of countless women of color.

Black women cannot enthusiastically trust Hillary Clinton to represent us in the White House until she understands that sexism affects us all, but it affects Black women uniquely based on our varying identities.

You cannot Rachel Dolezal your way into Black women’s good graces. I don’t need Hillary Clinton to be me to advocate for me. I don’t need to see the future commander in chief awkwardly attempting hot urban dance moves. I don’t care if she carries hot sauce in her bag, swag. And for the love of all that is holy, I don’t want to hear Clinton’s attempts at Black dialect ever again. This sort of pandering makes me doubt that Hillary Clinton realizes that while Black women are not identical to white women, we are also not caricatures. Black women vote excitedly for people who see that we are human.

Accept our anger and criticism

You don’t hear much in the news about angry Black women as a voting bloc, but Black women have plenty of reasons to be unhappy with the status quo. The gender pay gap is wider for us than it is for white women. Antiabortion laws that lead to closed reproductive healthcare facilities disproportionately affect us. Our daughters are suspended six times as often as white girls. Our sons are more likely to be arrested. We face myriad challenges related to our race and gender. We have a right to challenge officials and to get answers to hard questions. We have a right to be difficult when the world is so difficult toward us. We know better than to accept politicians’ talking points mindlessly.

A young Somali-American woman confronted Clinton in Minnesota earlier this year over the candidate’s 1996 speech referring to some young, Black men as “superpredators,” and the young woman deserved more than the high-handed treatment she received. She was, after all, exercising her power as a citizen of these United States. Those of us who loathe the idea of a President Trump but don’t love all of Clinton’s positions can and should keep pressure on her to reflect progressive values. Progressive people can use our power to push Democratic candidates,  power that doesn’t give us much bargaining advantage with conservative candidates. Consider how both Clinton and President Obama have “evolved” on LGBTQ issues. Clinton and her surrogates’ reactions to Black dissension, including Black Lives Matter activists, stink of “I’ve always been good to you people.” But when candidates listen to us as if we count and as if our lives and the lives of our families matter, they gain Black women’s trust and support.

Atone for past mistakes

According to the Washington Post, it was the bravery and determination of another young Black woman, who paid $500 to attend a Charleston, South Carolina, fundraising event and challenge the candidate, that finally convinced Clinton to apologize for her biased and harmful language that supported President Bill Clinton’s even more harmful criminal justice reform. Clinton wrote of her “superpredator” speech in a letter to the Post: “Looking back, I shouldn’t have used those words, and I wouldn’t use them today.

“My life’s work has been about lifting up children and young people who’ve been let down by the system or by society. Kids who never got the chance they deserved. And unfortunately today, there are way too many of those kids, especially in African-American communities. We haven’t done right by them. We need to. We need to end the school to prison pipeline and replace it with a cradle-to-college pipeline.” This is good. A start. Being a good ally means honestly acknowledging missteps. It is part of building trust and goodwill. Trust and goodwill lead to more full-throated support. 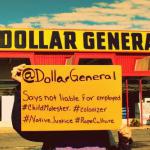 by Rebecca Nagle
The Supreme Court is hearing a case that could make the crisis of sexual violence in Indian Country even worse.