Lovely Speeches Are Not Radical 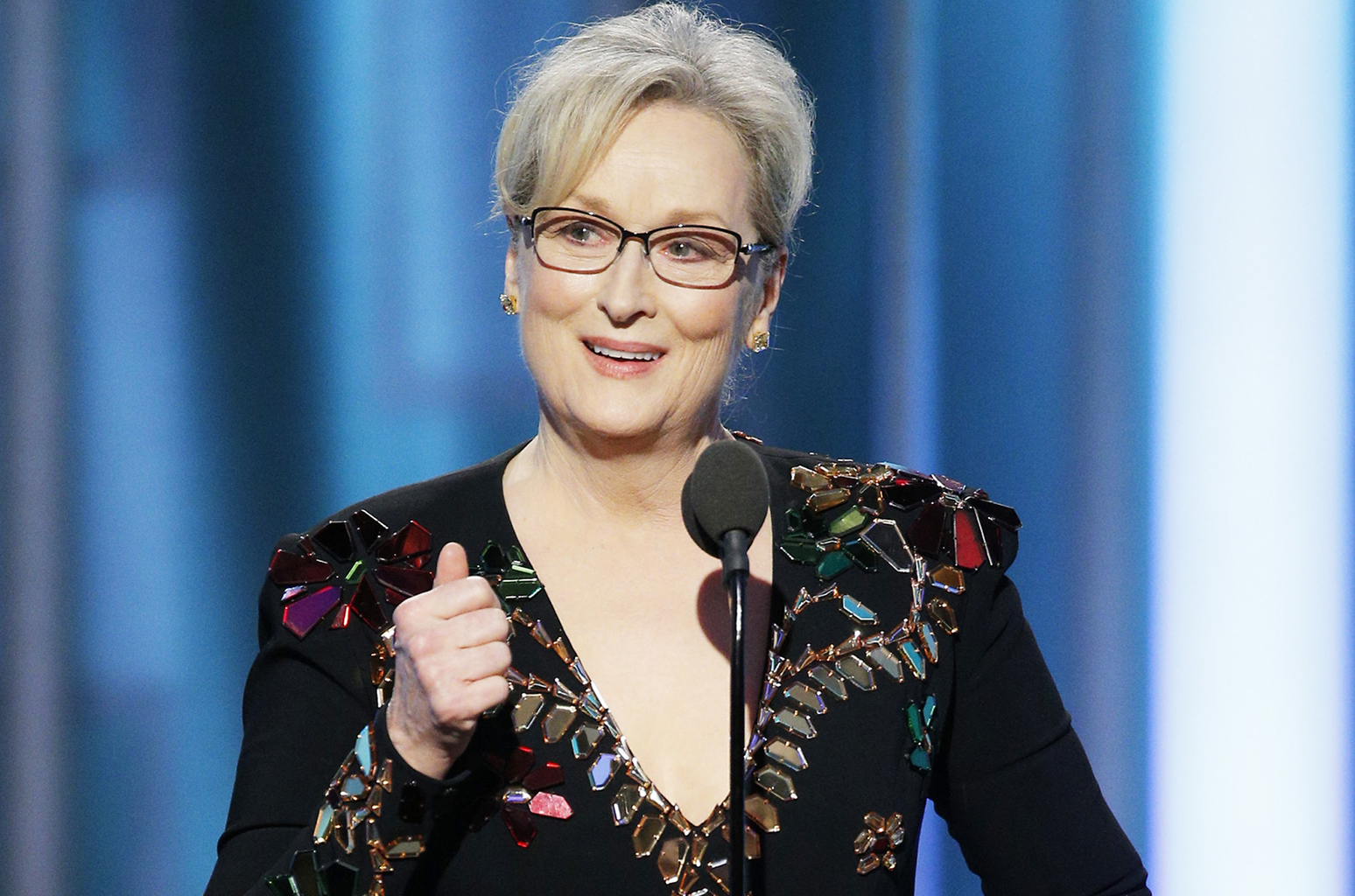 I missed the live broadcast of the 74th Golden Globe Awards on Sunday night, but excited commentary about Meryl Streep’s lifetime achievement award acceptance speech sent me searching for video. Jennifer Rubin in the Washington Post called Streep’s speech an “evisceration.” Black Lives Matter activist DeRay Mckesson proclaimed her a truth-teller. And Bette Midler praised the three-time Academy Award–winner for “speaking truth to power.” I was expecting to discover a revolutionary cri de coeur. Instead, I find myself hoping that my fellow liberals know the difference between lovely speeches and words and actions that actually challenge the power structure.

Flanked by Viola Davis, on stage at the Beverly Hilton, Streep used her platform to deliver a passionate speech that captured the mood many of us share at the dawn of a Trump presidency. She spoke affectionately to a mostly liberal entertainment industry crowd about Hollywood’s “outsiders and foreigners,” and she told the foreign press that “principled” media are a bulwark against America’s festering meanness, carelessness, and bigotry. It was preaching to the choir, but that is fine. The choir has sins and needs a little preaching to sometimes. And any voice that resists the normalization of Trumpism is a welcome one. But the cheers and tears over Streep’s speech are confounding to me. She gave a nice, liberal speech, but did not “speak truth to power” as Midler claimed. Speaking truth to power is a radical act, and this speech was not radical. Radicalism risks. Radicalism demands. Radicalism does not appease. Radicalism is strengthened by action.

Radical is activist Fannie Lou Hamer’s 1964 testimony before the Credentials Committee of the Democratic National Convention in Atlantic City, where she spoke of being brutally beaten for her voting rights activism and cried “I question America!” It is Sandra Fluke, a Georgetown University Law Center student, urging Congress in 2012 not to pass a bill allowing religious institutions to opt out of birth control coverage in their health insurance plans. “We refuse to pick between a quality education and our health, and we resent that in the 21st century anyone thinks it’s acceptable to ask us to make this choice simply because we are women.” Radical is Bree Newsome climbing a flagpole and plucking the Confederate flag from in front of the South Carolina statehouse. (Some ways of speaking truth to power don’t require words.)

In this increasingly frightening political environment, we cannot afford to mistake nice liberal speeches for the radicalism that is needed to fight the dismantling of democracy and human decency. Ten days from a Trump presidency and, my God, any voice lifted against fascism is comforting. But I hope my fellow progressives will remember that beating back the white supremacists, misogynists, and conversion therapy–proponents that threaten the safety and freedom of more than half of all Americans will require more than celebrity iconography or progressivism as feel-good identity. Celebrity speeches are nice, but they will not get us free.

Relevant: Awards Shows Still Have a Sofia Vergara Problem, and It Needs to Stop

by Dahlia Balcazar
In 2017, it’s not okay to make jokes about the thick accents and thick brains of Spanish-speaking immigrants, but that didn’t stop the writers of the Golden Globes.