There is no question that Bomba Estereo’s newest music video, “Soy Yo,” is a refreshing representation of Latina girls. The video for the Colombian electro-cumbia group’s 2015 single features a confident young girl walking the streets of New York with her chin held high and the world at her feet. The opening scene sets the tone as the girl struts out of a local salon rocking a fresh new look. Throughout the song, she is expressive, bold, and unique.

Watching “Soy Yo” awakened feelings I had long forgotten. I can recall having a similar self-confidence, charisma, and love for movement as a young child.  Now, as an adult, it becomes more difficult to tap into such qualities. Bomba Estereo’s music helped to revive my inner child and evoke these genuine personality traits once more. The positivity the young actress, 11-year-old Sarai Isaura Gonzalez, exudes sparked a memory of how naturally and effortlessly I expressed myself as a kid. In the video, Gonzalez walks onto a basketball court where teenage boys are playing a pickup game and takes utter control of the court. Knocking the ball out of a boy’s hands, she makes them take notice. She demands visibility. This simple scene hit home for me. During my adolescence, I remember feeling jealous of the boys who controlled their own spaces, from skateboarding to music. Boys around me seemed to have the freedom to skate to faraway cities without adult supervision, play guitar free of judgement at any skill level, and join mosh pits unconcerned with their physical safety. It seemed wonderful.

As a child, I longed to take up as much space as possible, travel without anyone’s permission, walk the streets without fear of harassment. The world itself often made such effortless confidence impossible: Catcalling, judgement, obedience, and confinement has been a reality for me since I was 12 years old, making it hard to truly be me. I envied how the boys around me seemed to have greater freedom of movement and permission to have confidence about their bodies. Throughout life, I’ve had to work hard to build the self-confidence and the courage to be proudly visible and confident in male-dominated spaces. “Soy Yo” presents a different path. Even though Gonzalez has a little difficulty dribbling the ball and seems somewhat uncoordinated, she continues to play without apology. She does what she wants, carving out her own space on the court.

“Soy Yo” means not being afraid to move the way you want to. Young girls are often taught not to be boisterous and physically assertive. Being “well behaved” meant being still and quiet. The video breaks away from those societal expectations by showing a girl not only moving freely in the streets, but dancing like she doesn’t care what anyone thinks of her. Should there be any other expectation than that for our girls?

“Soy Yo” is an anthem for standing up for yourself by being you. It took years to learn how to be proud of myself and who I am publicly, to take in all the positive and let the negative roll off of me like water. Don’t care what others say because, as Bomba Estereo sings, “A nadie le importa lo que estoy haciendo. Lo único que importa es lo que esta por dentro.” Soy yo, and that’s all that matters. 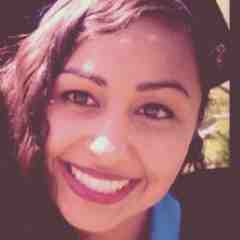 A woman admits to envying men? This may be a sign where the deep-seated problem lies. I'm surprised this got through. 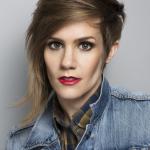